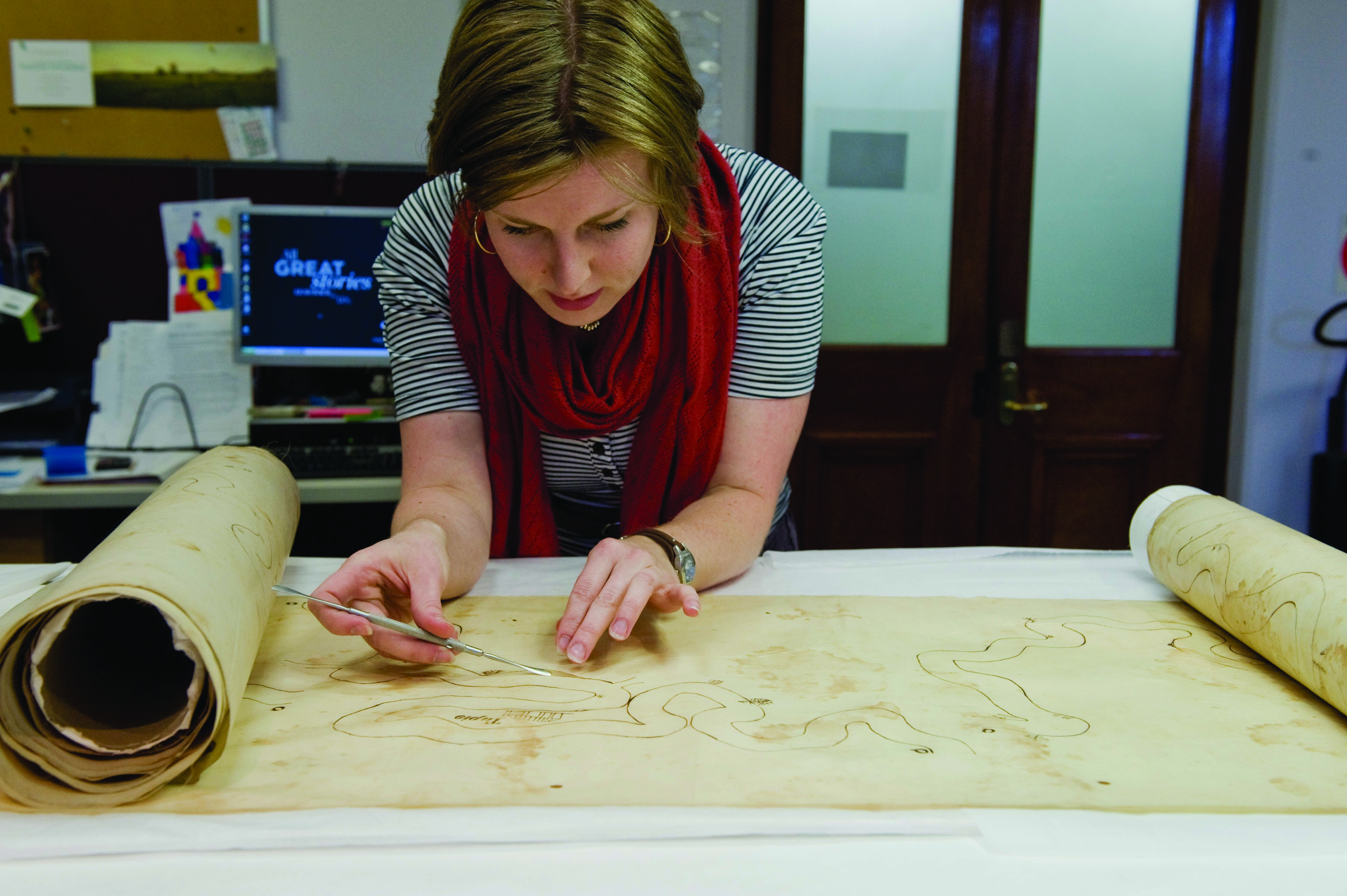 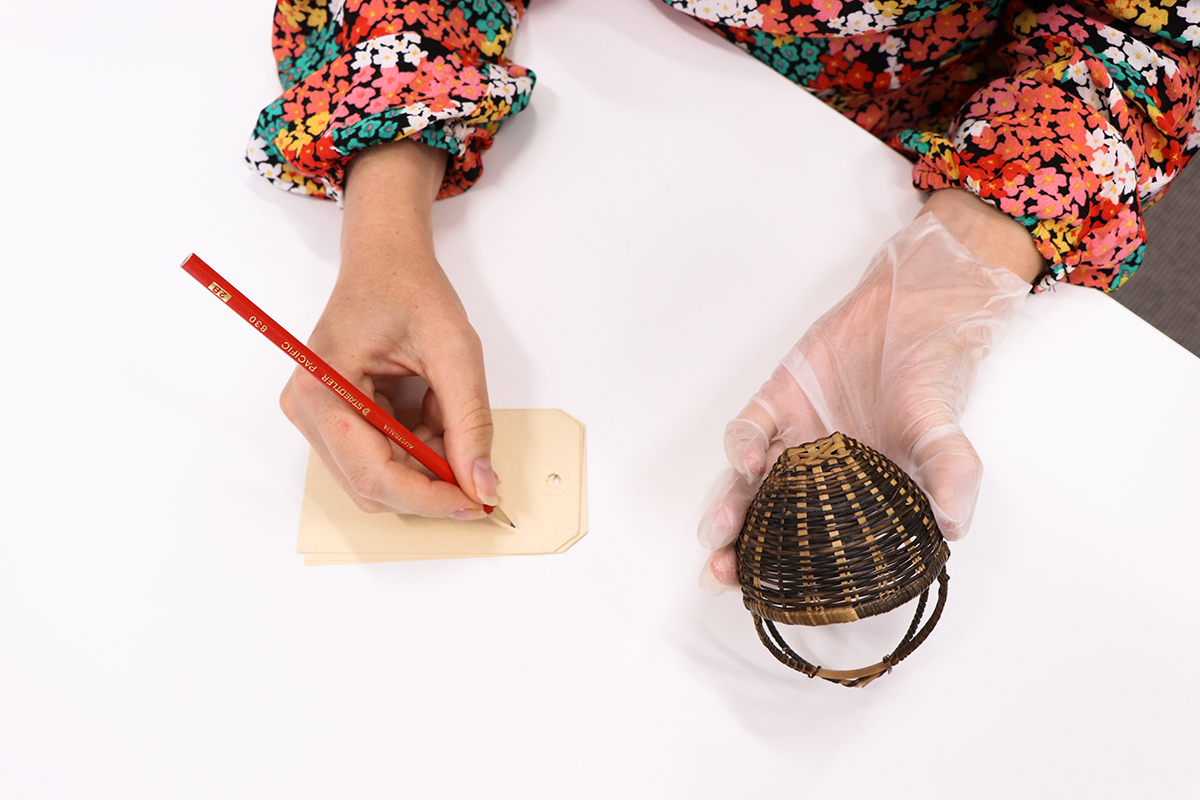 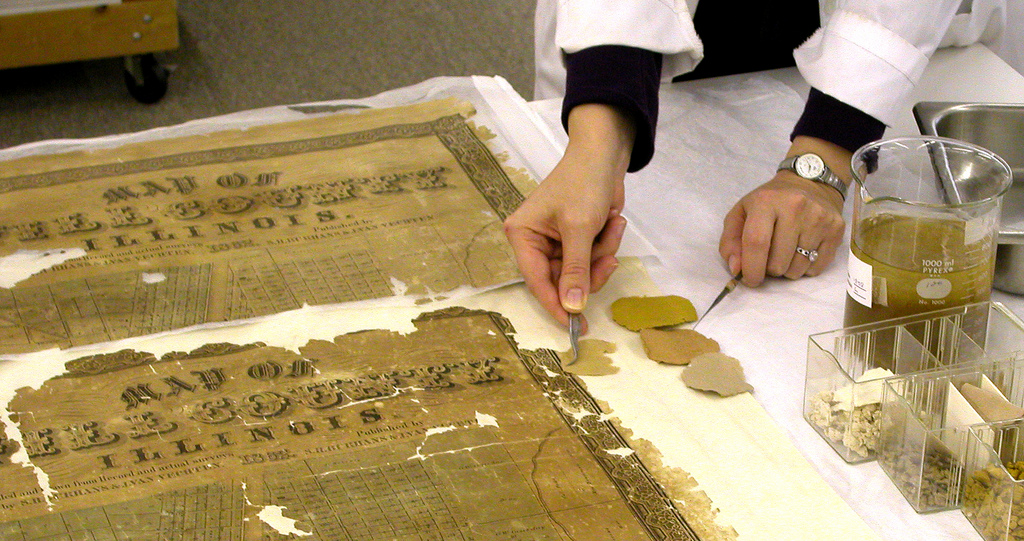 Before you start prepare a good space to work in.  A large, empty table with non-slip surface and cloth padding if items are fragile. It should have with good lighting and a lamp for detailed examination. You may like to use a loupe or magnifying glass.

Prepare your condition report sheet before commencing and ensure you know which information you want to record. Have an agreed layout and identify the keywords and their meanings before you begin. This keeps information consistent over time and different examiners.

Before examining an object, think about your own safety, as some objects can be hazardous.

The following materials are known to be toxic and may now be in your collection.

What to look out for:

If you have any doubts, discuss the object with a specialist before handling it.

The Australian Institute for the Conservation of Cultural Materials website features a AICCM visual glossary of images and definitions used to describe the condition of an object.

Some terms commonly used when completing condition reports include:

The Australian Institute for the Conservation of Cultural Material (AICCM)
reCollections-Caring for Collections Across Australia. Heritage Collections Council pp.48-54, 1998