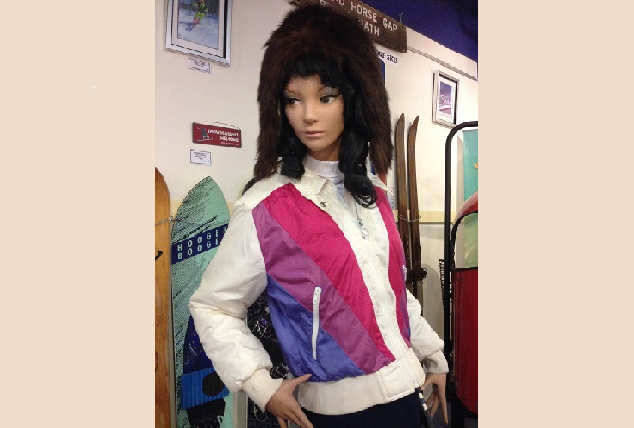 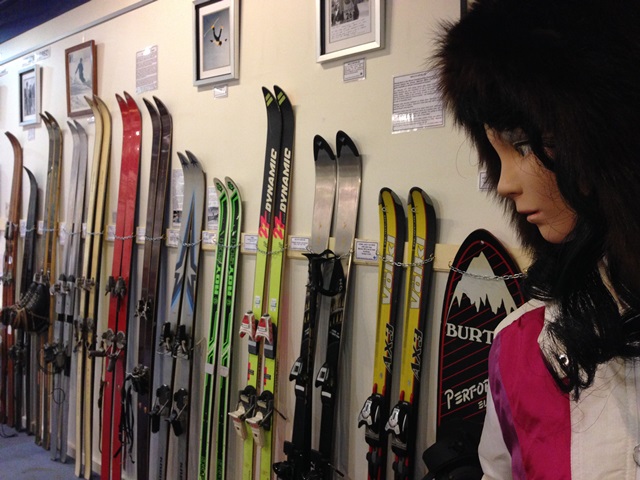 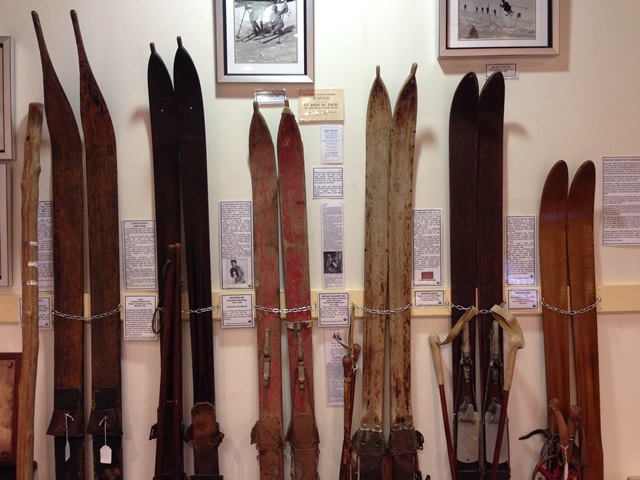 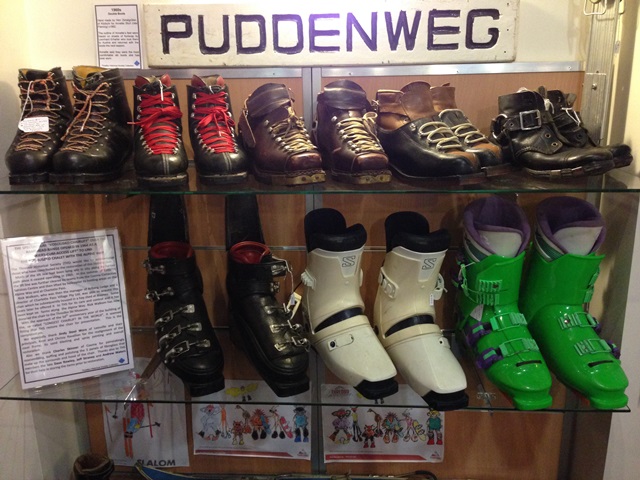 One of the many displays at Thredbo Ski Museum

reminding us that skiing was once much harder and colder! 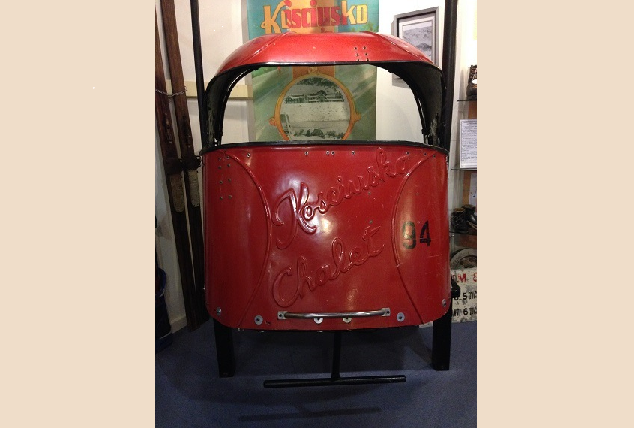 The chairlift that wasn't

The short-lived chair lift was once the longest in the country!

With ski boots off for the day and life beginning to return to my feet, I head to the Thredbo Ski Museum to thaw out and hopefully gain a few pointers to improve on my novice skiing abilities.

As Australia isn’t exactly renowned for winter sports, I’m curious about how skiing started here, and assume that it must be a relatively recent development. It turns out I’m well off the mark. Skiing in Australia began in the Snowy Mountains more than 150 years ago, when a gold miner by the name of ‘Bumpstone’ – probably not his real name, but I like to think that it was – skied down the main street of Kiandra on a pair of improvised skis.

On the back wall is a display of old skiing photographs, many dating from the 1890s and early 1900s. It’s hard not to grin at the pictures of women wearing large skirts, frilly sleeves and collars, and impractically elaborate hats while they stand in skis or sit – unhappily judging from their expressions – on toboggans. Perhaps their boyfriends dragged them to the snow too.

I linger by the camera that once belonged to Laurie Seaman, who went missing in the mountains in 1928 with his companion Evan Hayes. The pair had decided to ski to Mt. Kosciusko but were caught in a blizzard and perished. Seaman’s camera was later discovered and the pictures that were developed showed he and Hayes had made it to the summit.

Also on display is a range of skis, arranged chronologically beginning with the heavy wooden skis from the 1890s to the more modern Atomic Speed Ski worn by Michael Milton in 2006 when he clocked over 213.65 kilometres per hour on the world’s steepest ski slope, becoming the fastest Australian ever.

Olga the mannequin, who in a previous life had shown off the latest winter look at a Thredbo ski boutique, now models retro ski fashions for museum visitors.

Chrissi, a friendly museum volunteer, tells me that this is just a small sample of the overall collection. Behind the scenes, the Museum has approximately 600 pairs of skis, as well as 250 pairs of ski boots –hopefully not smelling like mine –and some 20 boxes of ski wear.

Nearby, Olga the mannequin, who in a previous life had shown off the latest winter look at a Thredbo ski boutique, now models retro ski fashions for museum visitors. Based on some of the fluoro ensembles in the ski lift lines outside, some people are taking her fashion tips seriously.

A restored chair from the old Kosciusko Chairlift takes pride of place in the current Ski Lifts of the Snowy Mountains exhibition, and children laugh as they climb into the seats and pull down the bizarre-looking red fiberglass canopy. For a brief time, the ill-fated Kosciusko Chairlift was the longest chairlift in the country. Completed in 1964 at a cost of £1.2 million, the chairlift soon encountered issues with safety and reliability, particularly in bad weather, and only operated for two seasons before going into receivership.

If you’re looking to escape the chilly alpine air and learn about the history of snow sports in Australia, make sure to include the Thredbo Ski Museum in your next ski trip itinerary. Entry to the Museum is free, although visitors wishing to make a donation can deposit their gold coins into an old ski boot near the entrance.

Meet Kat Crossley; law graduate, writer, florist, and museum and gallery lover. We call her Gallerina, and she’s one of our Roving Reporters. She’ll be giving us her insights every month in M&Gazine as she flounces around the state from museum to gallery, so stay tuned.

You can find her on Twitter at @kat_crossley or exploring an exhibition near you. 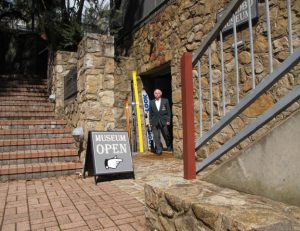