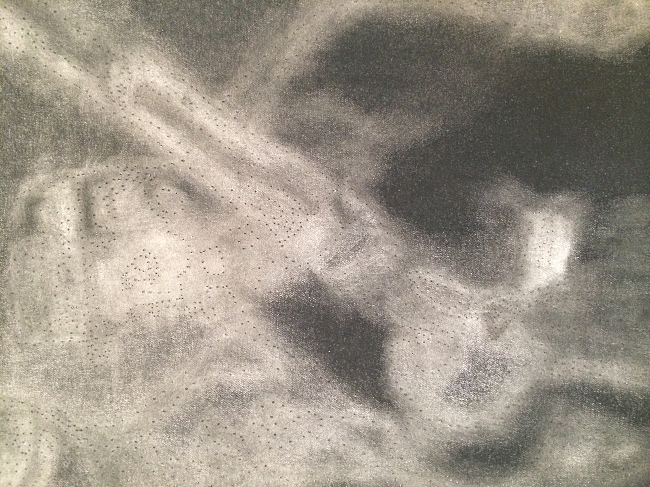 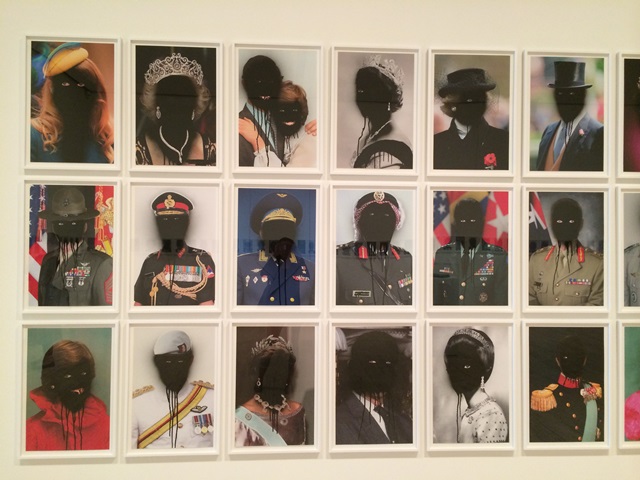 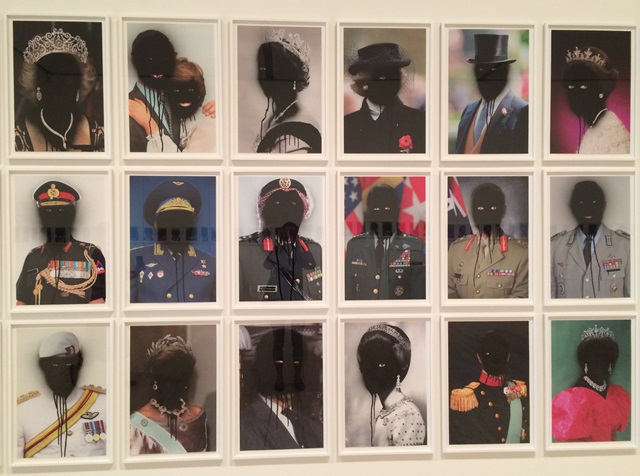 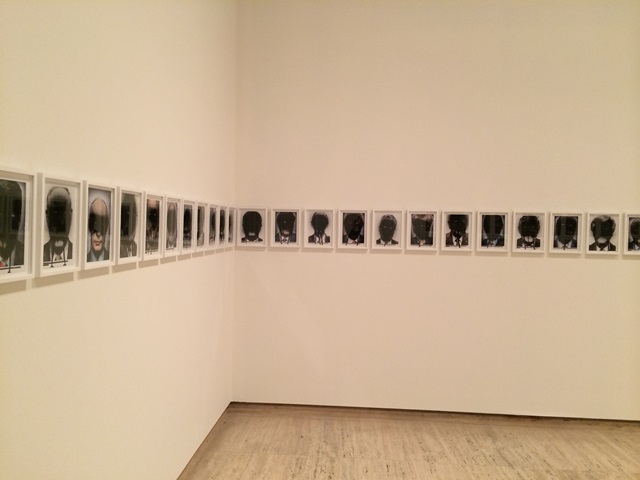 With the hype around the upcoming 2014 Archibald Prize, opening from 18th July at the Art Gallery of NSW, it may be easy to overlook the happenings in the Contemporary Project Space located just two floors below. This space provides sanctuary from the crowds above; it’s devoted to showcasing the work of international and Australian rising stars in a dedicated gallery and on a significant scale. Currently featuring the work of Tony Garifalakis and Tom Nicholson, who take traditional techniques of painting and portraiture to new levels, the short escalator trip downstairs is definitely worthwhile.

Tom Nicholson’s work, Cartoons for Joseph Selleny, revives a Renaissance drawing technique called ‘pouncing’ used to prepare fresco paintings, the outlines of a draft drawing or ‘cartoon’ are perforated, held up against the wall to be painted and beaten with a ‘pounce bag’ of ground charcoal. The result is a lightly dotted outline left on the wall which serves as a guide for the painting.

Nicholson has employed this traditional method to create the draft ‘cartoons’ of a series of paintings by Manet. Manet’s work captures the story of the Novara; an Austrian ship that voyaged to Sydney in 1858. He dedicates them to Joseph Selleny; the official artist of the Novara.

Dotted directly onto the gallery wall, Nicholson’s large-scale ‘cartoon’ resembles a faint trace of history, cleverly placed against a backdrop of Sydney Harbour where the Novara first docked – a subtle homage to stories and artistic methods of days past.

Eyes are eerily untouched by the veil of blackness as paint drips down their décolletage like thickened blood.

A stark but fitting contrast to the nostalgia of Nicholson’s work, Tony Garifalakis’ Mob rule looks at the ‘here and now’; systems of social control, ruling ideologies and political authority. Stemming from a fascination with declassified FBI files; important documents that have been ruled out, blacked out, silenced and hidden away–the artist forces similar forms of censorship on his artwork. Literally defacing public personalities, figures of power or celebrity with black enamel paint, the sabotage obscures and strips the subject’s identity, leaving only the eyes eerily untouched by the veil of blackness as paint drips down their décolletage like thickened blood.

Garifalakis’ paint application resembles graffiti and its synonymous connection with anti-political messaging and demonstration. His presentation of portraits ‘en masse’ enhances the impact of anonymity in a collective group, despite the subjects originating from a broad range of backgrounds and political affiliations.

Cartoons for Joseph Selleny is on show until 10 August and Mob Rule until 21 August.