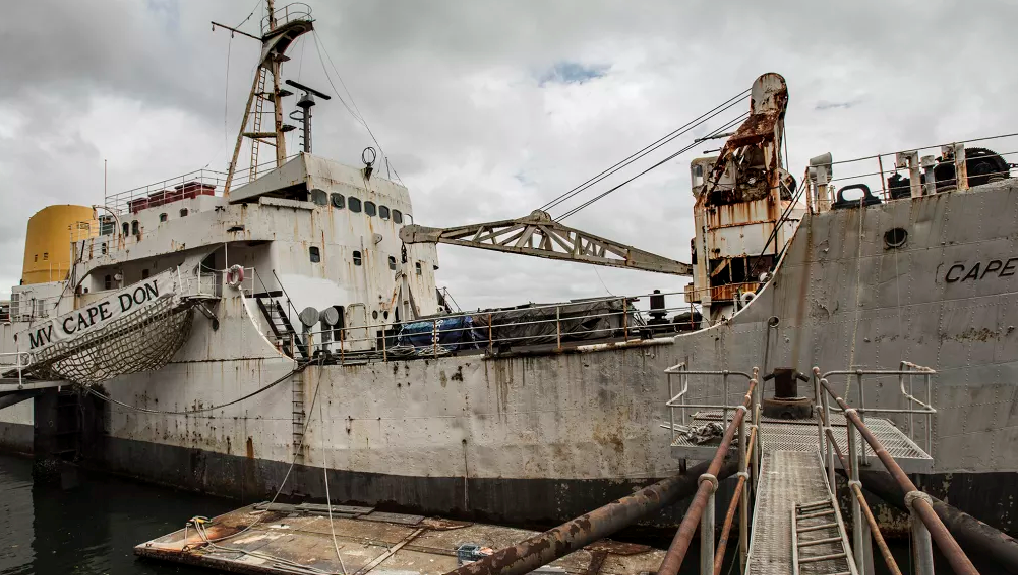 This article was originally published in the Sydney Morning Herald, by Linda Morris on 3 June 2018 and can be found here.

Far from the sandstone mile of Macquarie and College Streets lie Sydney’s tiny treasure houses. Housing eclectic collections, often manned by enthusiastic volunteers who keep the doors open for no more than a gold coin donation, these museums tell unique stories from our past. No crowds. No lines. No interactive gee-whiz installations, marketing plans and deep pocketed patrons in these quarters. This is the first of a Herald series that will feature examples of the spirit that guides some of the 350 community-based museums and the precious collections they protect.

BERTHED at the former coal loading wharf at Balls Head, Waverton, the lighthouse supply vessel MV Cape Don looked nothing like the sleek mini-liner it was in the late 1960s servicing lighthouses and buoys strung along the Western Australian coast.

Rusted and vandalised, its wheel, engine room telegraph and other irreplaceable fittings had been
stolen and transmitters and receivers stripped from the radio room. The cabins, however,
remained in immaculate condition right down to the authentic curtains and furnishings.

Daniel Callender, one of a group of enthusiastic volunteers giving up their weekends to restore the vessel as a floating museum and training vessel, first spied the ship when he was not yet 16 years old.

Twelve years later he is the ship’s full-time keeper.

“The volunteers are passionate about preserving the history of the lighthouse service and feel that the ship’s history is an untold tale, and when you are doing work you can have a good chat with a friend – it’s great camaraderie. I’ve grown up on board, it’s shaped who I am and it’s my second family.”

Built in 1962 at the NSW State Dockyards in Newcastle, for the Commonwealth Lighthouse Service, the 72-metre long steel ship carried supplies and officials, technicians, relief lighthouse crews and their families up and down the WA coast. Later in its life it worked along the Tasmanian and some parts of the eastern coast.

With the advent of satellite navigation and automation, lighthouses were progressively automated and in 1990 the MV Cape Don made its last trip.

Purchased from the Commonwealth, it was sent to the Solomon Islands, then stranded in 1998 on the Clarence River as a result of a financial dispute. In a midnight flit, its crew sailed it to Sydney where it sat at Balls Head until late 2002 when the daughter of an old crew member saw a newspaper article warning of its possible demise. A Canberra resident eventually purchased it, set up a trust and donated it to the Sea Heritage Foundation, therefore saving one of the last surviving examples of 1960s Australian design and shipbuilding.

Had the vessel, one of the last surviving Australian coastal navigation-aid service vessels still afloat, not been rescued, Callender is sure the MV Cape Don would have been declared an eyesore and sent to a watery grave.

The restoration has been a challenge. In the early days, a rope ladder was required to get on board until the gangway was restored. Months were spent designing and building a temporary steel framework topped with hardwood planks to span a six-metre gash in the seawall catwalk caused by the collapse of a gantry. A new set of stairs were designed and installed on the catwalk to give safer access for volunteers and visitors.

The first phase has been to progressively open the Don for people to see. From June 3 it is opening every second Sunday – tours at 11 and 1pm for $10 donation – and conducting special tours.

As more of the ship is restored, the Sea Heritage Foundation is looking at ways to make the museum commercially viable with film set hire and its use as a training vessel for government and private operators.

How far the project is from final completion is too hard to judge, says Callender, who concedes it might take many years. Thousands of man-hours have gone into the restoration already.

The next stage is to bring The Don’s boat deck and starboard bridge wing back to new, to make the ship completely watertight and build a purpose-built storage area to hold a growing collection of photographs, drawings and machinery manuals, uniforms, models, flags and plaques dating to the early days of the Commonwealth Lighthouse Service.

“We are looking for donations and sponsors so we can put the ship in the dock for a well deserved clean and repair. Our main aim, apart from restoring the ship, is getting the word out there to recruit more volunteers. We have an active crew of 20, and it’s a good mix. We have an ex-army marine engineer, a retired electrician and we’ve got people who work as engineers and shore staff for the ferries. The more hands we have, the more that can be accomplished.”

Oldest item: An original watercolour of SS Governor Musgrave, one of the first lighthouse service vessels circa 1915.

Newest: T-shirt worn on the last voyage of the MV Cape Don.

Linda Morris
Linda Morris is an arts and books writer for The Sydney Morning Herald.