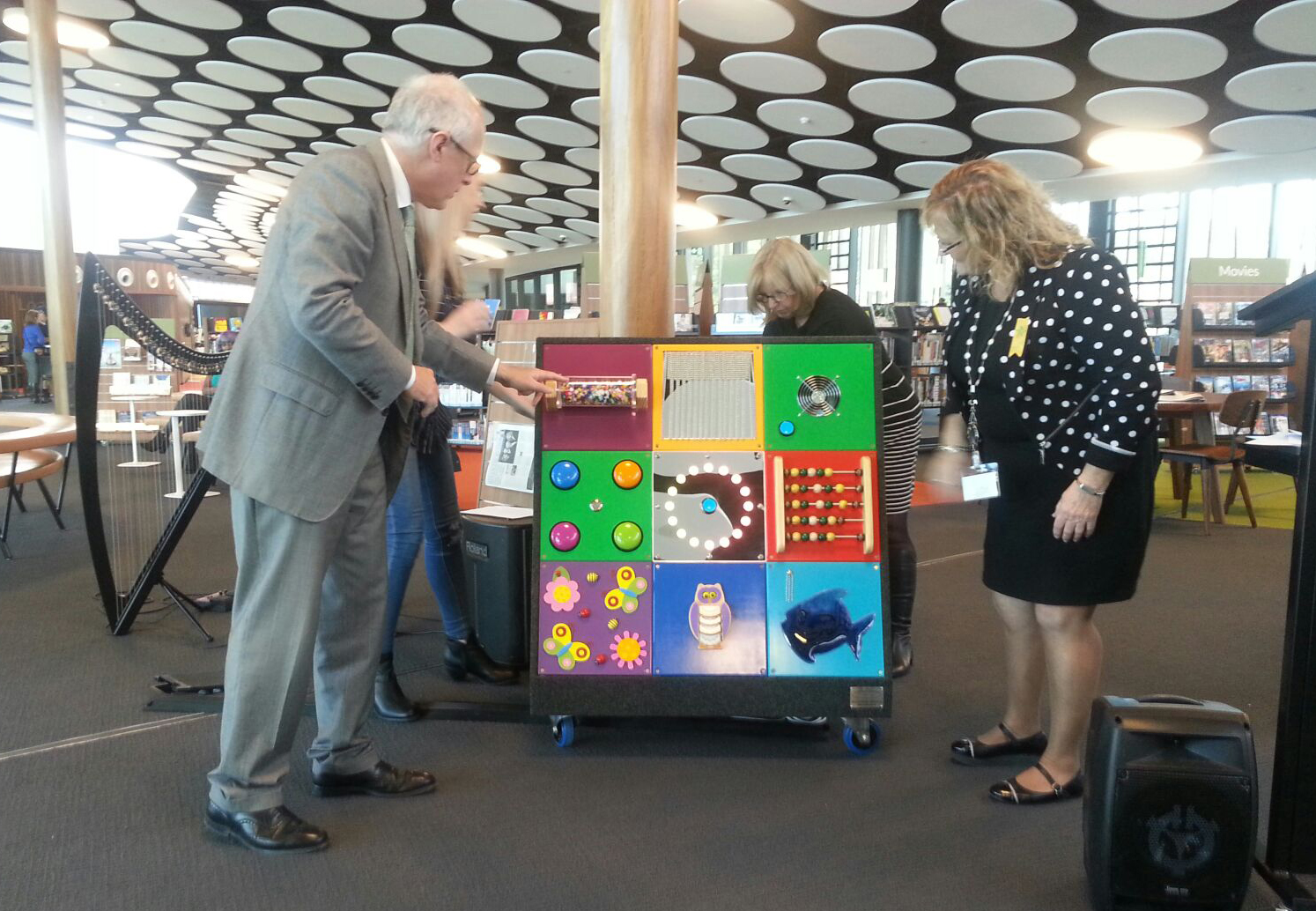 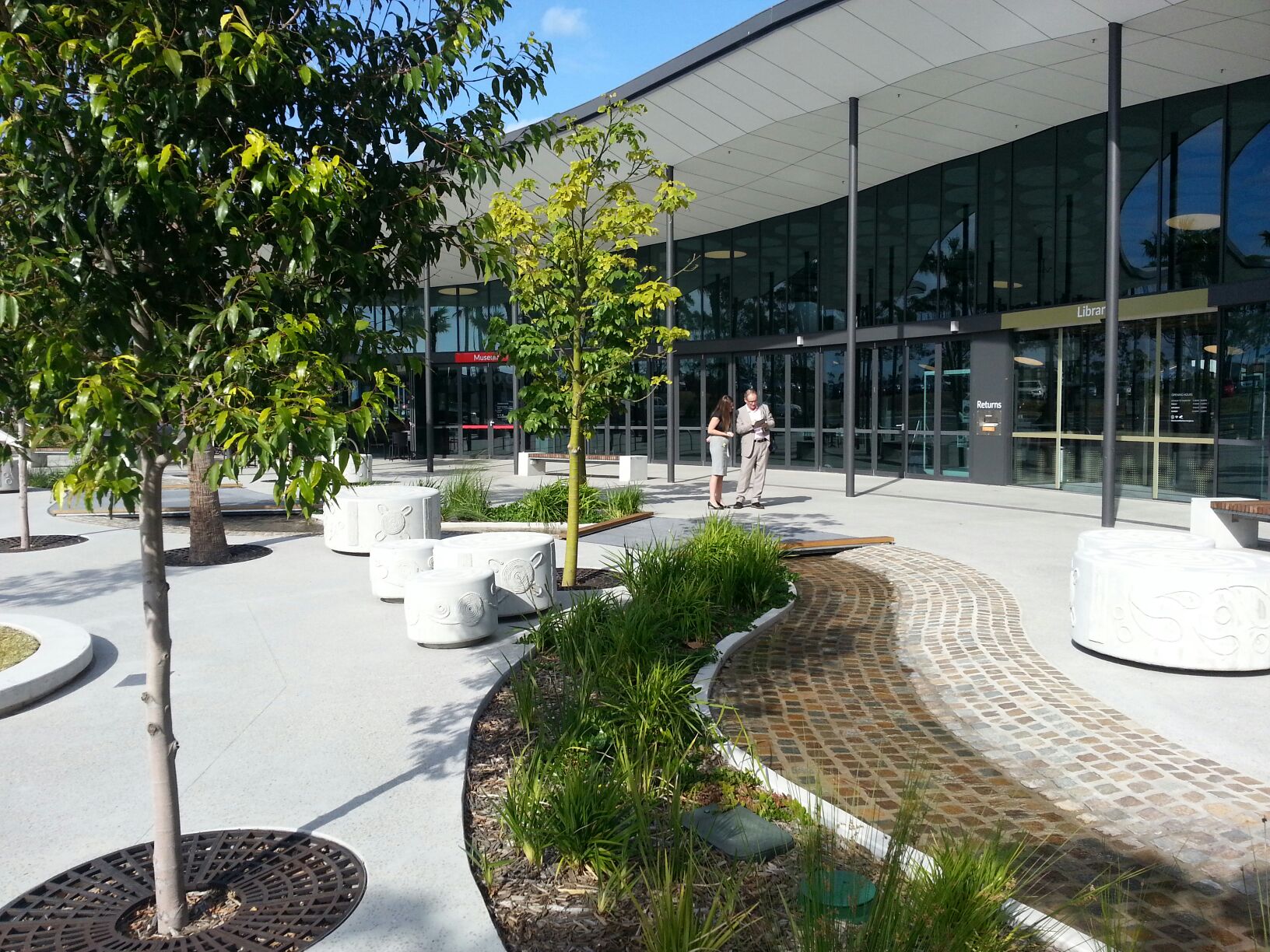 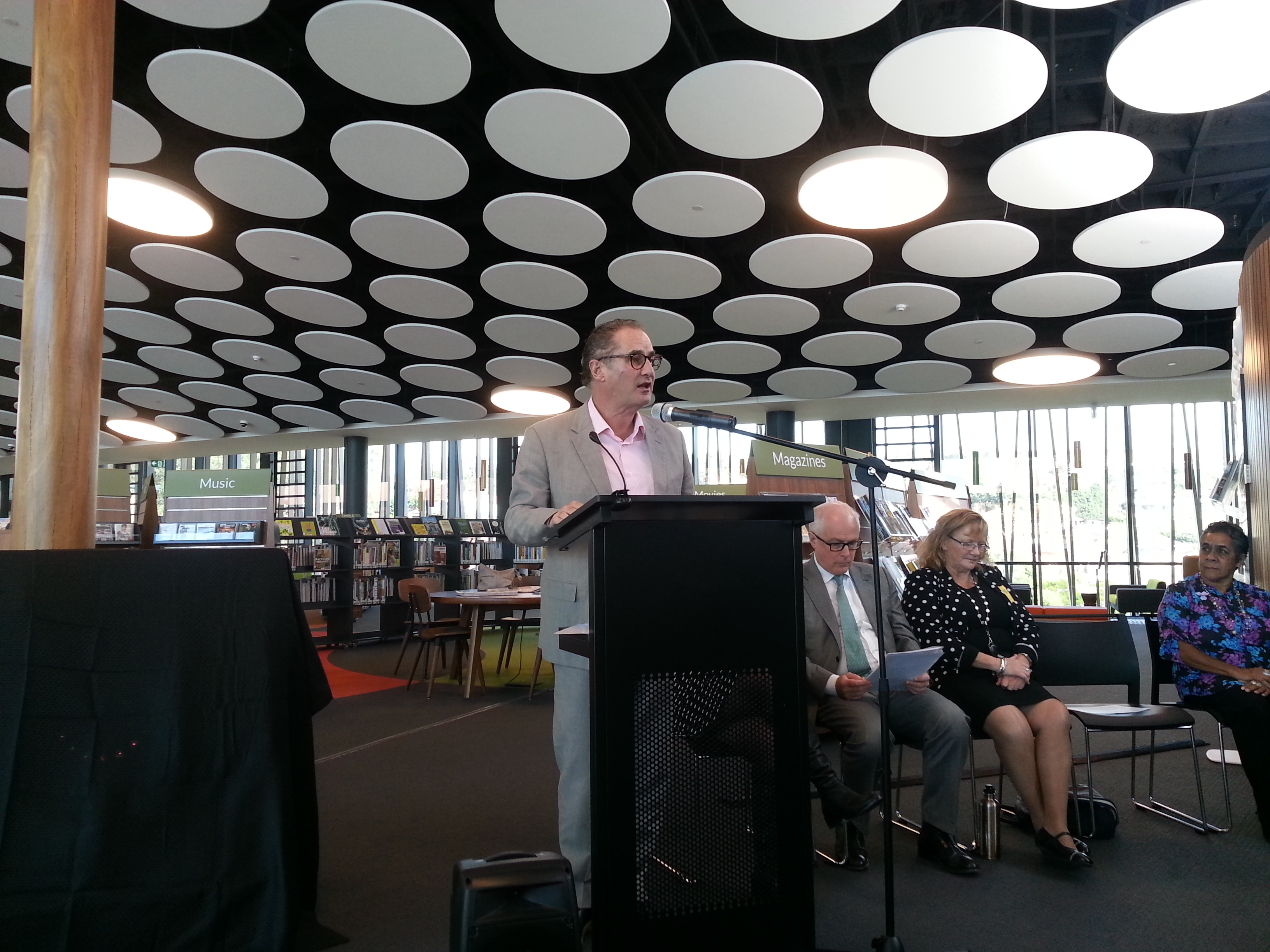 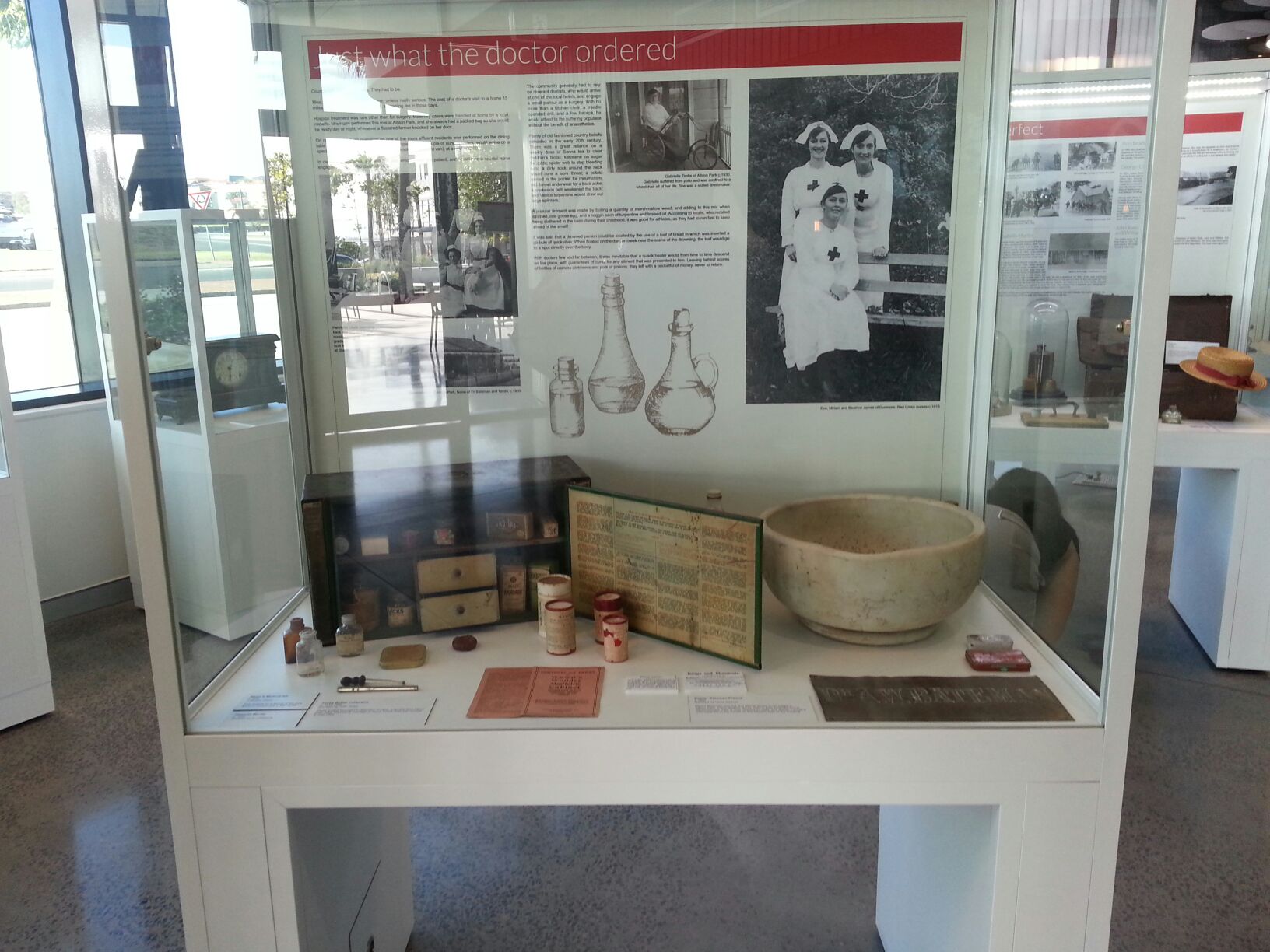 One of the displays at Shellharbour City Museum

Since opening in January 2018 more than 8000 people have visited Shellharbour City Museum. The museum is part of the new $60 million Shellharbour Civic Centre which incorporates a library, a cafe and council’s customer service hub.

Shellharbour Mayor Marianne Saliba described the visit as a tremendous honour and said that it marked an important milestone for the city. “This will be a fantastic celebration of our new City Library and Museum which have already proven to be such an asset to our community.”

“Council also acknowledges the significance of the $200,000 grant from the State Library of NSW that has contributed to the quality fit-out of the City Library,” Cr Saliba said.

Michael Rolfe recalled his first visit to Shellharbour’s Tongarra Museum, ‘as modest as it was, both in form and architecture, its programming and storytelling always met expectation. We see this development as deserved recognition of work done by Tamara Hynd, the Tongarra Heritage Society and the many volunteers over a number of years’ he said.

Dr John Vallance also congratulated Shellharbour Council and he noted in particular the changing profile of libraries as meeting places within communities, and that the new Shellharbour Library and Museum admirably reflected that vision.

The celebration also featured a performance by children from Wallaroo Children’s Centre, the launch of a sensory activity centre, as well as photo messages and refreshments. The launch was scheduled as part of Australian Library and Information Week, which showcases the diverse range of services and programs offered by libraries in NSW. 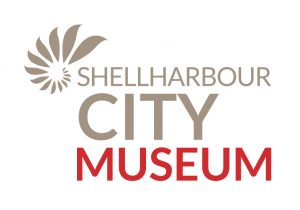