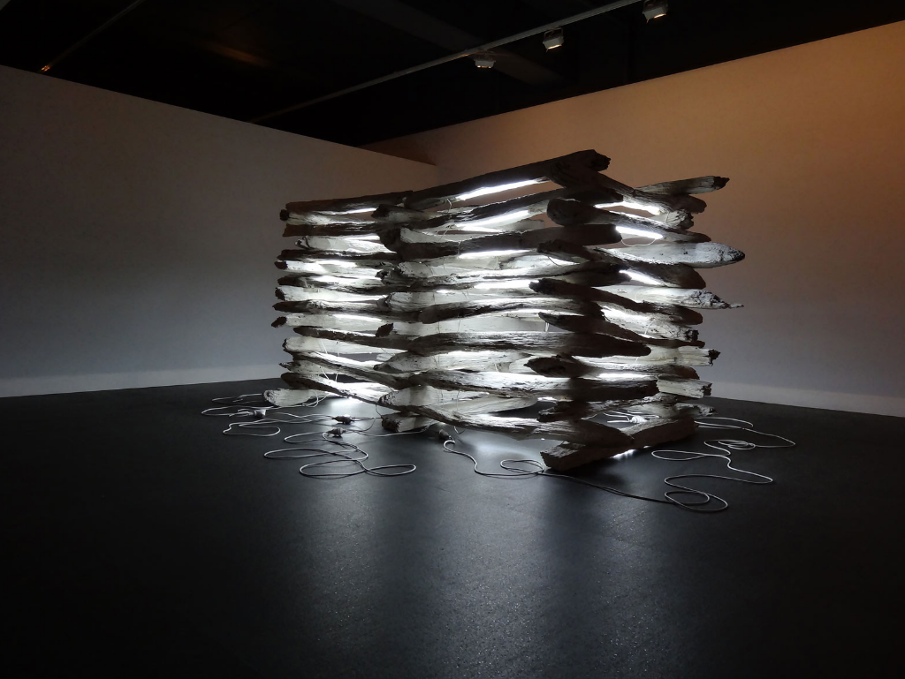 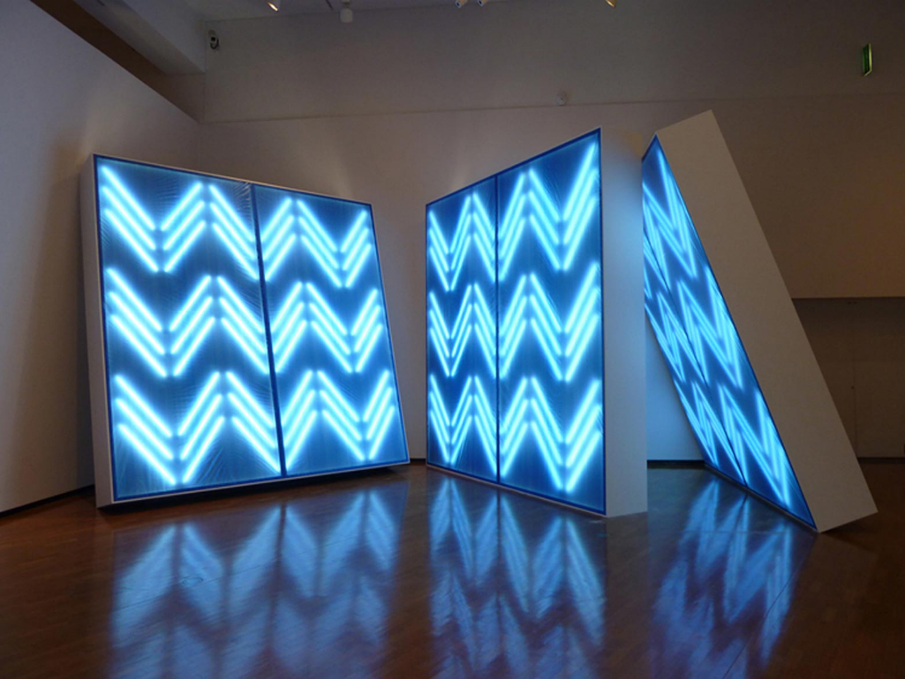 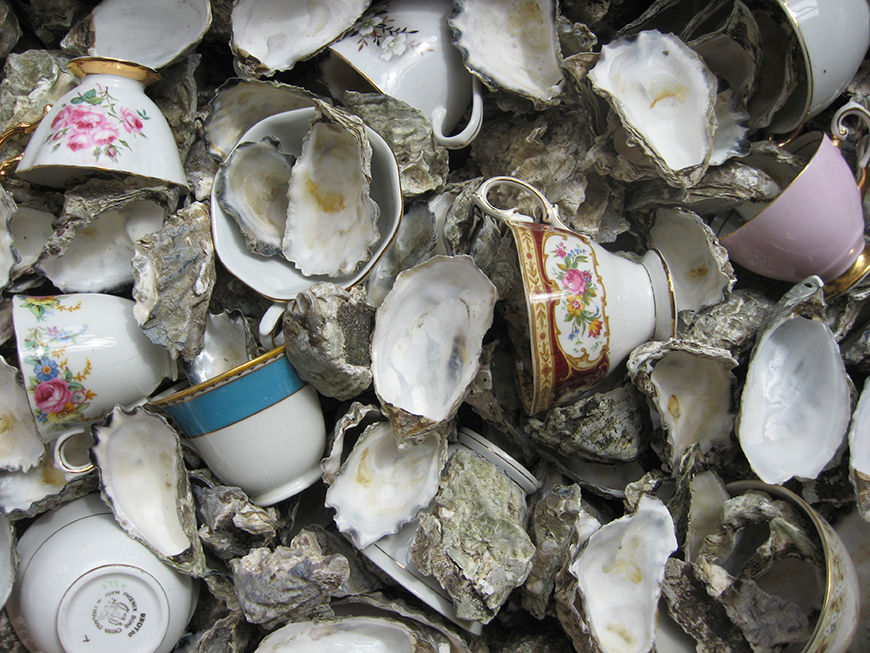 Jonathan Jones, like other contemporary artists, works with whatever materials best communicate his needs. So far, he’s been leaning heavily on the fluorescent tube, with all its ubiquity and hard buzzing light and uses them to plug us directly into a conversation about what it means to be Aboriginal in a eurocentric culture.

Take for example his piece white poles, with its clutch of vertical fluorescent tubes leaning casually against a wall. The positioning of the tubes imitates the geometric patterning so significant in Indigenous traditional design. Jones chooses marks specific to those of his ancestors, the Kamilaroi and Wiradjuri peoples. White Poles extends the circle of influence that Indigenous cultural practices have on Australian art and throws much needed light on those connections.

The work takes more than its title from Blue Poles of Jackson Pollock fame with its casual mimicry of the lazy lean of Pollock’s poles. The work also calls into view White over red on blue (1971) by Tony Tuckson painted in response to a visit to Melville Island where he saw carved Indigenous burial poles. By doing this Jones reminds us that many Modernist artists were themselves directly influenced by Australian Indigenous culture and saw fit to appropriate it. Then he spins the picture around and inserts himself back into the frame reclaiming both story and imagery and making it relevant to our contemporary world.

Jones’ current work continues to explore the idea of illumination – both as material and as a signpost to viewers to look harder. His piece untitled (posts) 2013, shines a torch light on the topic of colonisation. Jones collects and stacks weathered fence posts into a towering monolith, illuminating it from below. The structure simultaneously mimics bridge pier and funeral pyre, and stands as sentinel, calling to mind colonial preoccupation with construction to indicate civilisation.

Jones has chosen heavy Red Gum posts, a timber of endurance–some of the specimens date back to the 1800s–to describe how colonialists claimed ownership of land. This process exiled Jones’ ancestors from their Country as their land was divided into ever diminishing pieces; states into shires–into farms–into paddocks and finally into blocks of land sold to strangers. And with each division Indigenous people were pushed further away and apart.

Jones is an artist everyone can enjoy – his works are refreshingly accessible, both playful and astoundingly serious. And they are a fitting showcase for the full throttle growth and development within Aboriginal contemporary art today.

Editor’s note: Jonathan Jones is the co-author of home: aboriginal art from new south wales, an important resource for our column featuring Aboriginal artists in NSW.  He was a selected artist in the 2012 Biennale and in unDisclosed: 2nd National Indigenous Art Triennial in 2013.

Last week on the ABC’s program Art + Soul, Hetti Perkins talked to Jonathan Jones. You can catch it on iView.