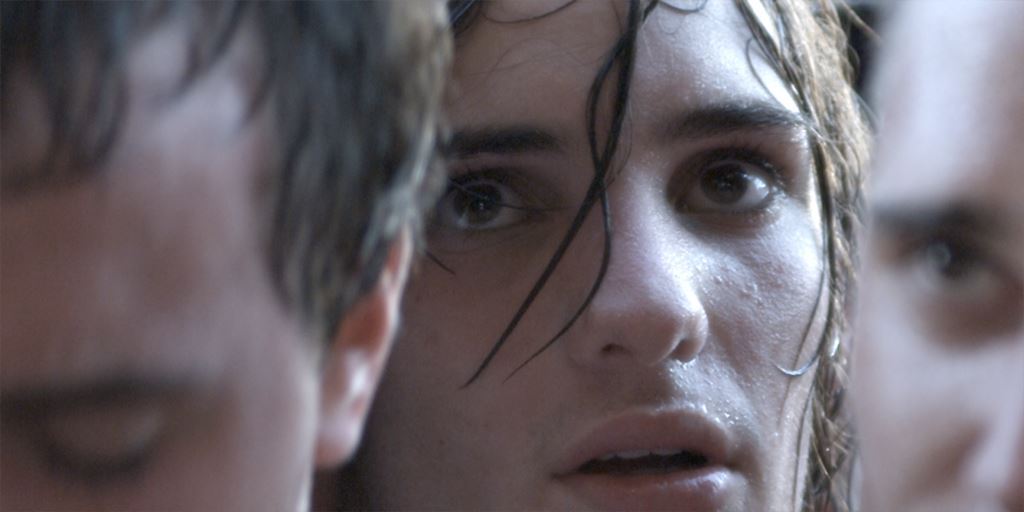 Rapture (silent anthem), by Angelica Mesiti, gained significant media attention as an entry for the Blake Prize for religious art in 2009. The video work depicts intimate close-ups of entranced young faces looking heavenwards from the crowd of Sydney’s Big Day Out – swaying transfixed in slow motion – their gaze absolute: absorbed and adoring just as the most devout are in worship. Rapture (silent anthem) was selected as the winning work receiving $20,000 and was the first video work to ever be awarded the esteemed prize.

Geoff Weary, Curator of Striking Contrasts, has chosen Rapture (silent anthem) as part of an exhibition featuring ten artists of various levels in their careers all working in the video medium. Mesiti’s renowned work is displayed simultaneously and side-by-side against another video work by John Conomos. His work, Lake George (After Rothko) shows the blurred and expansive lake as an ethereal landscape and horizon, referencing Rothko’s abstracted colour field paintings from the ’50s and  ‘60s.

The videos are displayed differently at each venue; sometimes projected direct to wall in large format or other times viewed in more intimate environments on dual television screens. Consistently however, the works play side by side, presented in pairs allowing comparisons to be drawn between them.

Why does a curator go to such lengths to couple seemingly dissimilar works in this way?

Striking Contrasts brings together a broad selection of artists across five video pairings. Weary places a link between each duo of works and then asks us to consider the divergent and converging characteristics. The connections Weary creates between artists and narratives allows him to collect and sort the artworks to address several important themes. One of these is the ‘materiality’ of the film medium itself: the use of the celluloid aesthetic, time distortion, cinematic lighting or image ‘noise’. Other themes include ideas of the fetish power of film, performance and spectatorship, as well as the various uses of appropriation seen in the repurposing of images both in animation to editing of found footage.

This is a quizzical show designed to make you look and link. Weary’s juxtapositions allows viewers to survey and appreciate a broad range of contemporary video works and appreciate both the similarities and contrasts between the artists manipulation of the media.