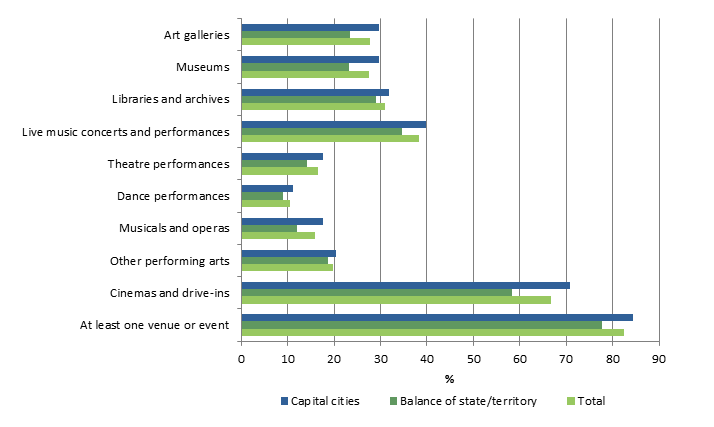 Attendance rates for Australians aged 15 and over attending selected cultural venues and events, by region, 2017-18

The findings provide statistics on attendance at museums, galleries, libraries and archives across Australia in relation to age, location, gender and socio-economic factors.

Both sets of statistics can be downloaded from the ABS website.