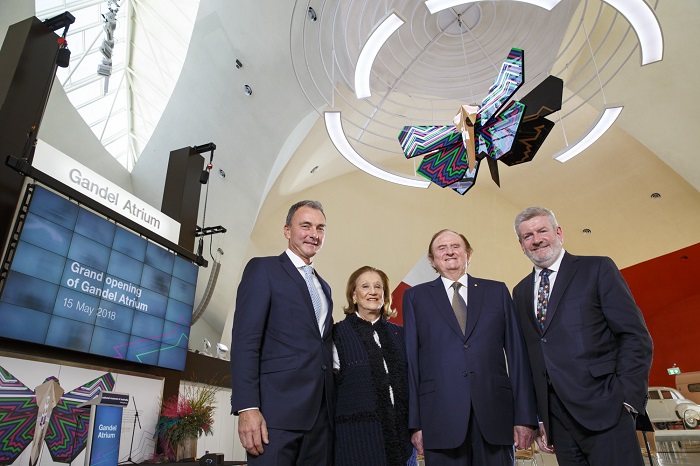 The gift from Gandel Philanthropy has also assisted with the acquisition of a contemporary aerial sculpture Bogong Moth by  Indigenous artist, Reko Rennie. The neon coloured artwork is suspended from the Atrium dome.

National Museum director Dr Mathew Trinca said that the support of John and Pauline Gandel was critical to ensuring this project became a reality.

The Defining Moments Digital Classroom will be aligned to the national curriculum and made accessible to classrooms nationally from 2020.