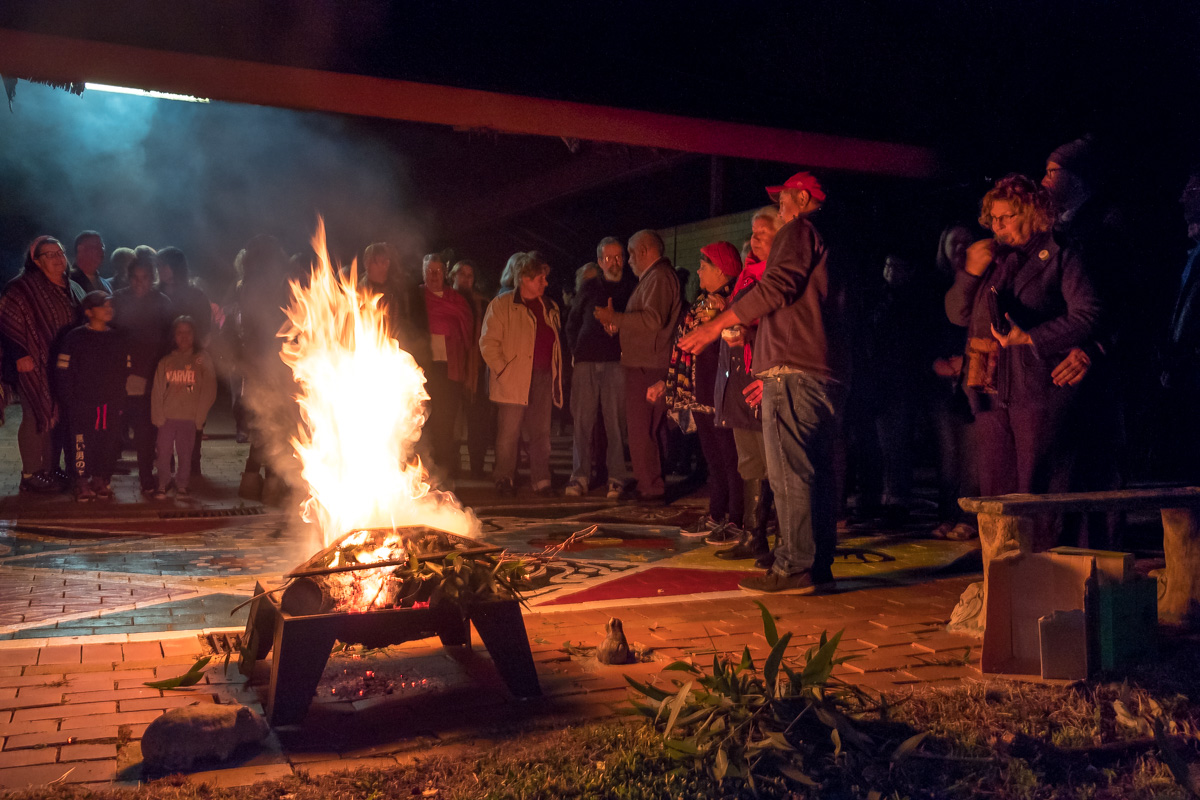 Visitors to the Armidale Aboriginal Cultural Centre participated in a smoking ceremony before the exhibition launches. Photo James Russell. 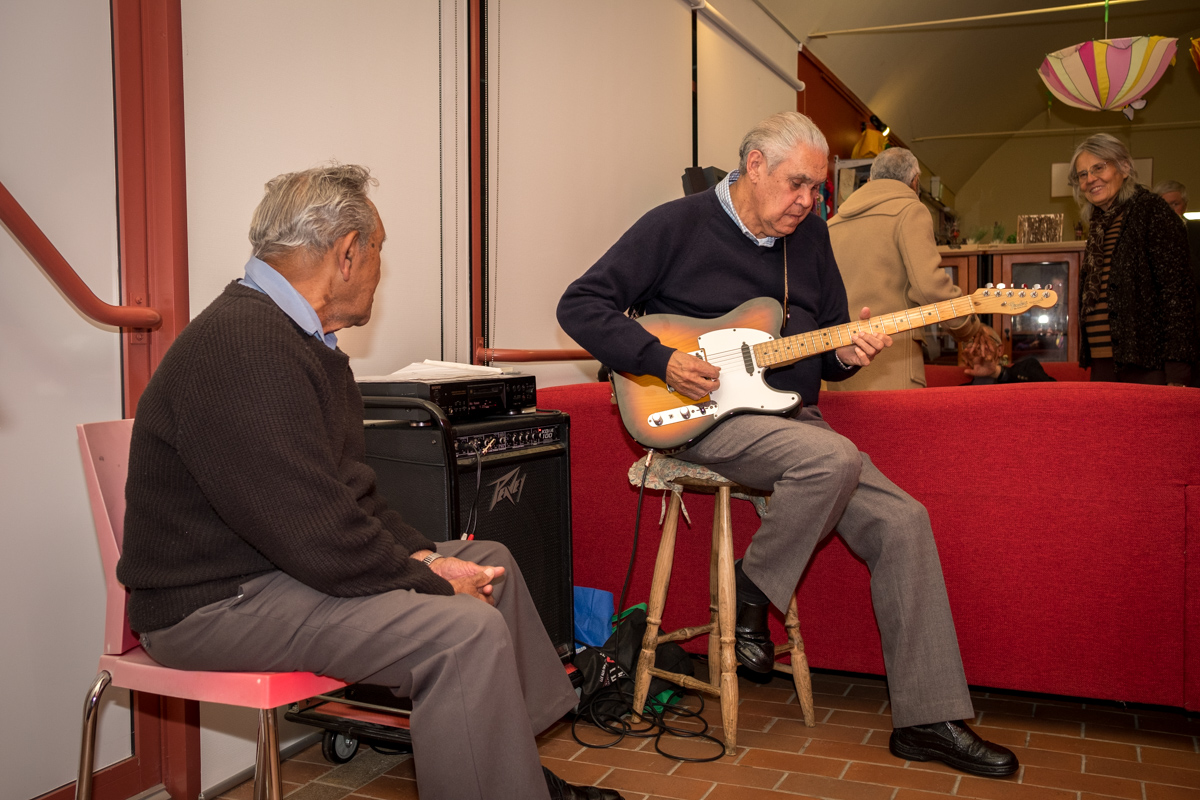 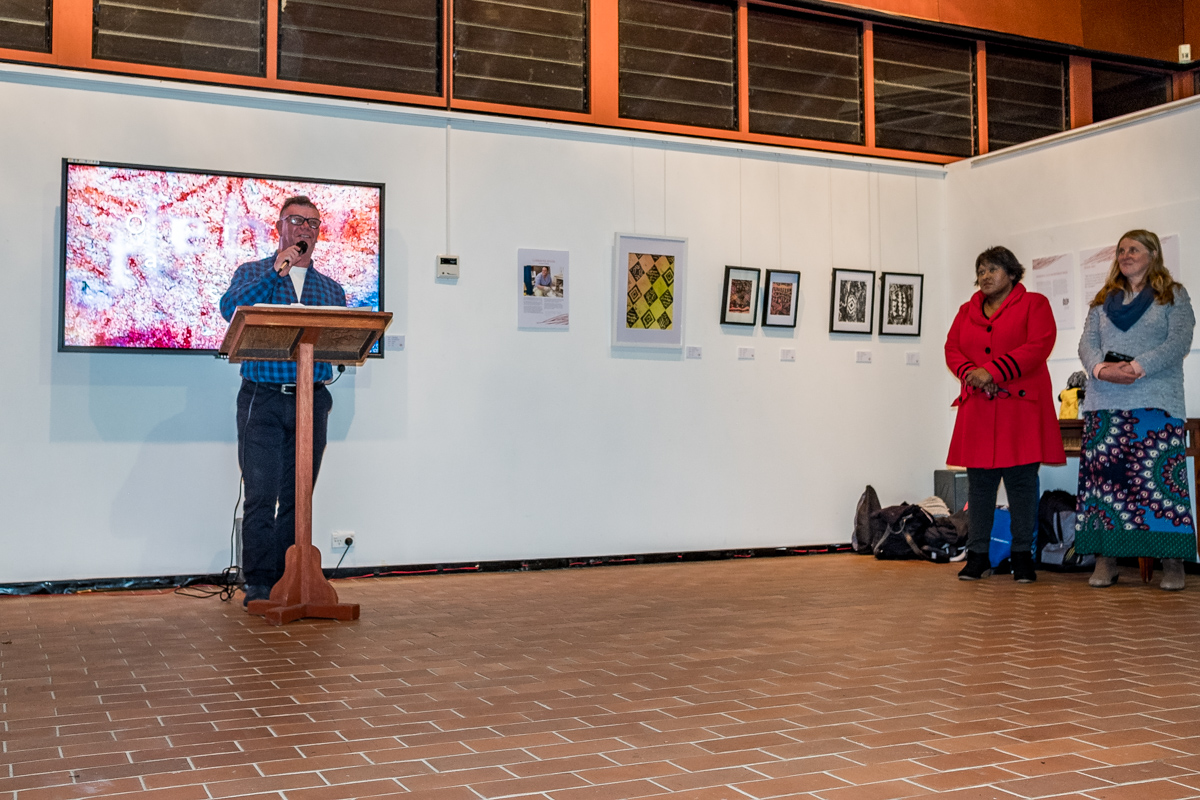 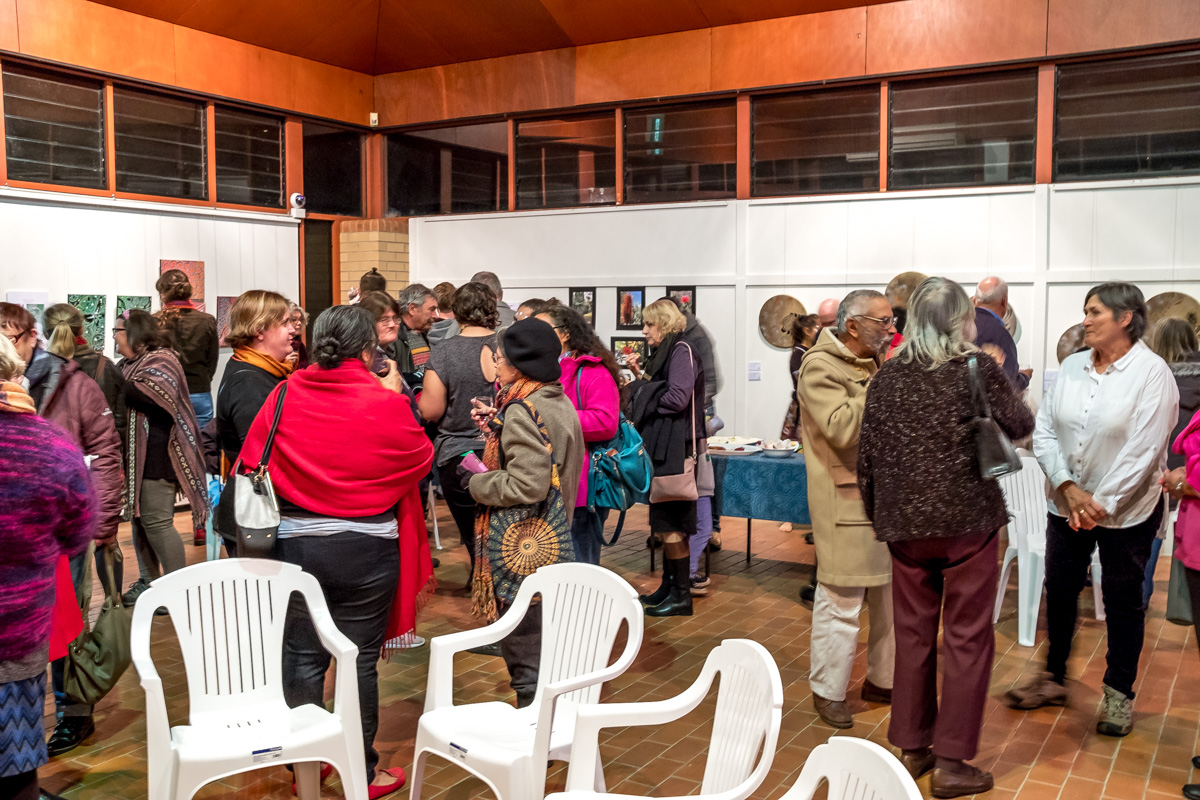 Part of the gathering at the Armidale Aboriginal Cultural Centre. Photo James Russell.

Robert Heather, in one of his last duties as New England Regional Art Museum Director, summed up the mood of the opening night gathering when he said: “I think New England, I think New South Wales, I think Australia and I think the world needs to know about Myall Creek.”

Myall Creek, about 150 km northwest from Armidale on the Guyra Road, is significant in Australian history for the Myall Creek Massacre, in which 28 Wirrayaraay men, women and children were killed in 1838. It was not the first, last or largest massacre to occur but it is claimed to be the first time the perpetrators of an Aboriginal massacre were convicted and executed. As such, it remains today, 180 years later, an unequivocal record that such atrocities occurred and therefore, cannot be denied.

Memorials at the site have been held every 10 June dating back to the 1980’s and moves to establish a permanent memorial began in the late 1990’s. Supported as a Reconciliation project, the simple memorial and plaque commemoration in 2000 was also attended by descendants of the perpetrators who were embraced and have attended every year since.

This 180th anniversary commemoration became a massive undertaking over four days and, as Robert Heather had said, one that gained national and international attention.

It began at the Armidale Aboriginal Cultural Centre & Keeping Place where Aboriginal and non-Aboriginal community members participated in a smoking ceremony before the launch of three exhibitions by Aboriginal artists.

Making Old Markings New is the result of a project developed by Arts Northwest as skills development for four Anaiwan and Kamilaroi artists based on researching sites and cultural objects at the Australian Museum, the University of Sydney’s Macleay Museum and the University of New England with a specific focus on mark making traditions.

Looking Beyond the 1838 Massacre focused on the Myall Creek Memorial as a site of remembrance and shared history and Reconciliation.

Because of Her We Can, sharing this year’s NAIDOC Celebration theme, presented women’s cultural objects from everyday life which was researched with a collections documentation grant from Museums & Galleries of NSW.

But this was merely a curtain raiser for what was to come. The Oorala Aboriginal Centre at the University of New England presented the Myall Creek and Beyond Symposium the next day which looked at the national significance of the massacre from historical, legal and cultural perspectives. Key note speaker, historian Bruce Pascoe spoke of his research for his Dark Emu text on pre-colonial evidence of settlements and agriculture, the oldest known in the world and pleaded passionately: “Why isn’t this known around the world? Why isn’t this taught in schools?”

Aunty Sue Blacklock who had been so instrumental in the original commemorations and the memorial launched a new book Remembering the Myall Creek Massacre (1838-2018) by Jane Lydon and Lyndall Ryan and David Leha (Radical Son) and Quarralia Knox gave a stirring acoustic performance.

But the centerpiece of the Myall Creek Commemoration was still to come. The exhibition Myall Creek and Beyond was opened on the Friday evening at the New England Regional Art Museum (NERAM) by the MCA’s Keith Munro, Curator of Aboriginal and Torres Strait Programs and member of the National Committee of Friends of Myall Creek Memorial. Curated by Bianca Beetson, it featured reflective and at times confronting works by artists including Judy Watson, Fiona Foley, Robert Andrew, Carol Macgregor, Laurie Nilsen and Warrabah Weatherall.

There was still of course the annual pilgrimage to the Myall Creek Massacre site at Bingara on Sunday 10 June, with special consideration of the 180th anniversary but as always, the artists had already provided so much rich material for contemplation, discussion and remembrance.