In a letter to the Newcastle City Council in early October, Brett Adlington pitched some strong arguments against the proposed restructuring of the Newcastle City Art Gallery, Civic Theatre and the Museum. M&G NSW has printed it with his permission and to supplement Michael Rolfe’s article published last week.

“As Chair of Regional and Public Galleries Association of NSW (RPG), I am writing to express our deep concern at the proposed restructure of the position of Director of Newcastle Art Gallery, along with equivalent positions at the Civic Theatre and Newcastle Museum. RPG represents the 40 member galleries of the state, all of whom are non-profit organisations intent on making important contributions to the cultural life of their regions.

One of the defining ways in which a public gallery is determined, is having a senior figure with knowledge of the field leading that organisation. Across the state the position of Director of a public gallery is a benchmark that we look to. This strategic position of Director affords the organisation the ability to grow and attract sponsorship, funding, donors, and significant loans. These are incredibly important objectives that will cease to be maintained under a different structure.

While a ‘Cultural Facilities Manager’ may be able to oversee budgetary concerns, some staffing and building management – the essence of the organisation will be lost with the removal of a position that fully understands the intricacies of the organisation as well as the greater cultural industries. No doubt this will also be felt to the same degree in the Civic Theatre and the Museum.

Newcastle Art Gallery’s comparable organisation, Bendigo Art Gallery, has been incredibly successful of late through the support it receives from its Council to enable it to deliver exceptional programming attracting many visitors. In 2012 Bendigo’s Grace Kelly: style icon exhibition drew 152,000 visitors and injected $17 million into the local economy. With a redeveloped facility, Newcastle could be poised to replicate this success.

Nationals Senator Brigid McKenzie has spoken effusively about the role Bendigo Art Gallery plays in driving tourism, stating: “It [the Grace Kelly exhibition] has lifted Bendigo’s profile across the country and has given us credibility nationally. It is a cultural investment that will be long term.” (Bendigo Advertiser, Saturday, June 23, 2012)

Sadly, if this proposed decision by Newcastle City Council goes ahead, it will severely dent the credibility that Newcastle Art Gallery currently enjoys.” 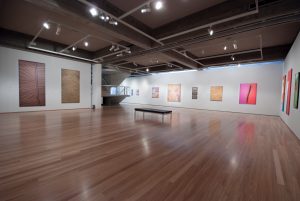 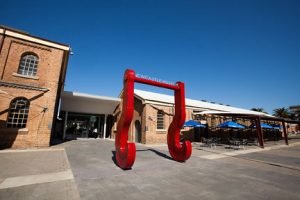