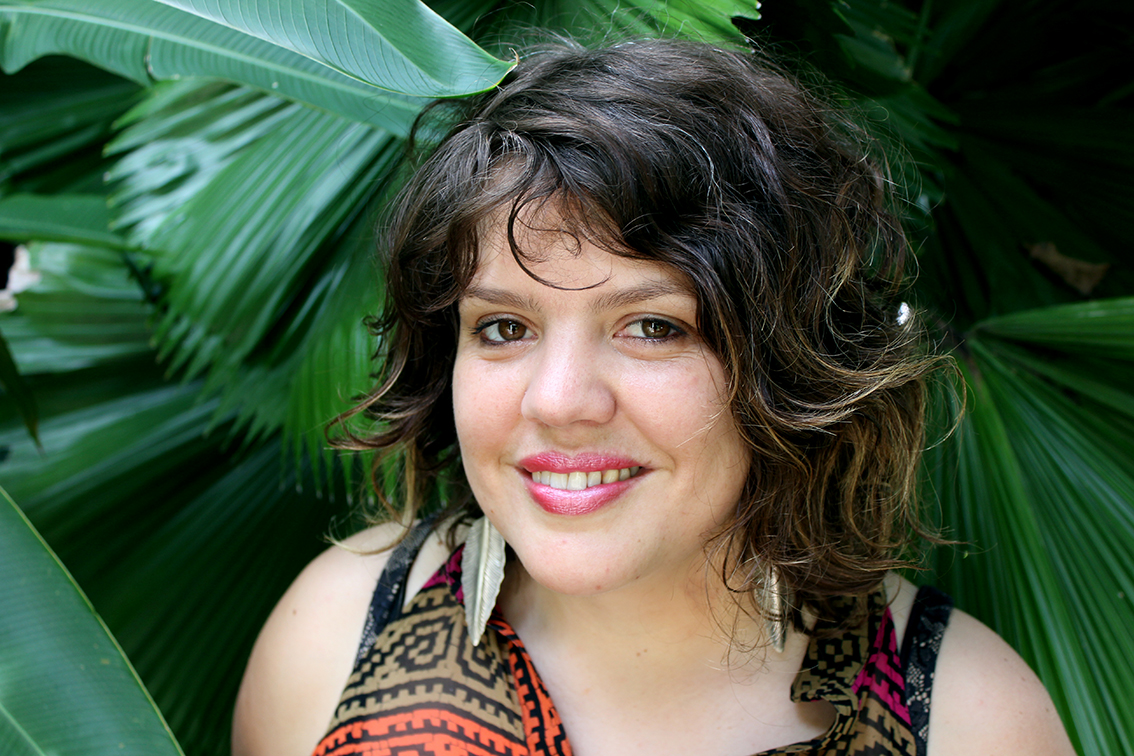 Genevieve Grieves belongs to the Worimi Nation in mid-north coast of NSW and is a gifted Aboriginal film-maker, curator and storyteller. In 2010 she was appointed as Lead Curator for the Bunjilaka project at Melbourne Museum where she led a series of important community consultations for the First Peoples exhibition. She is currently writing her PhD at Melbourne University.

Her artistic practice is directly inspired by storytelling and history and it was these aspect of her work that inspired M&G to talk to her. Here’s what she had to say:

M&G: Why do you prefer to be thought of as storyteller rather than artist and what stories interest you?

GG: I consider myself a curator of other people’s stories. I’m a facilitator and interested in sharing stories to bring about positive social change. For me the story always come first and that puts me in a position to decide the best way to tell each story. It’s why I am drawn to film – it’s a medium that accepts a narrative easily and allows me to include historical aspects important to the meaning of the work.

Towards the end of my university studies I became interested in sound design and worked for many years at the Koorie Heritage Trust as an oral historian recording Aboriginal peoples’ histories – collecting their stories.

I recorded the Darug Elders’ stories that led me to places like the Native Institution in Blacktown, so film became important to allow me to explore where many of the stories originate.

Right now, I’m writing my thesis about the frontier violence Aboriginal people suffered during colonialisation and the memorialisation of sites of significance, so you can see how everything comes back to storytelling.

M&G: Your answer pre-empts the next question, which is about the many roles you occupy. In addition to being an artist ­you are an oral historian, academic, curator, historian and documentary maker – are these different roles all related to storytelling or do they exist independently of each other?

GG: There is definitely a cross over between them but they are not all the same thing. For example, when you are teaching in a university you are part of a system larger than your own interests, there’s a curriculum and processes which support that kind of formalised learning, and that’s very different to being an artist.

What I would say is that all my work is about creating social change. I’m compelled and drawn to that and it directs pretty much everything I do. Most of the stories I’m interested in resonate with my own life; I wouldn’t say they are directly autobiographical, but there are elements within them that could be, which is where I get my motivation from and my inspiration for change.

M&G: The multiple roles you occupy offer up multiple audiences. How do you cater for each audience and does that impact the message and mode of your art practice?

GG: I am acutely interested in audience. I want access to a broad and wide mainstream audience because that’s where the greatest impact can be achieved. If I could get access to Channel 10s audience that would be perfect! Then its about presenting the message in many different ways – so people can hear it. Stories are powerful because they help people receive new information, to open themselves up, to see things differently, to hear other points of view.

That’s why I love working in museums – people come into museums for many different reasons – I find working with museums exciting – there’s so many opportunities for listening, learning and connecting.

I’ve also had a lot of really great mentors and learnt from them that audience is always important! Many museums are committed to actively engaging with their audiences and consequently make working with them interesting.

M&G: We’re interested in what you have said about ethnographic tourism and the commoditisation of Australian Aborigines in colonial times, and some of your work uses and restages photographs created during colonialisation. Doesn’t this approach compound ‘fetishisation’ of Indigenous cultures and reinforce the objectification of them?

GG: You can never control how people will interpret your work. I’ve had comments about my work that are so far from what I was intending, it continues to surprise me. Each viewer’s life experiences affect the way they see your work. For example, when I did Picturing the old people, a video installation based on archival photographs of Aboriginal people, someone said to me “isn’t it sad that Aboriginal people were forced to wear European clothes”. I was shocked, because what I was intending, and worked hard to show, was how well Aboriginal people had adapted to and existed inside this new culture which was forced upon them – I was trying to show their resilience and acceptance. I had not intended to reinforce the idea of Aboriginal people as victims – in fact, the documentation shows that Aboriginal people were required to look ‘more Aboriginal’ for these studio photos than they really were.

So my job as facilitator and my intention as storyteller is to shift the framework, and using the artefacts of colonialism allows me, and a bunch of other Indigenous artists, to inscribe new meanings on the work. It brings voice.

You know, art is a weapon and its strength lies in its ability to disturb, to disrupt and to combat racist sentiment.

M&G: Your recent Artshub article, Working in partnership with Aboriginal culture raised the idea of decolonisation and asks “dominant cultures to deconstruct, to shift and emerge anew”. Does decolonisation require a complete overhaul of collection management theory, cataloguing taxonomies and the notion of a ‘museum’ itself, or is it more suggestive of a personal and humanised approach to documenting people’s stories and their connections to objects and artworks?

GG: This is an exciting area – decolonisation is an idea which has been talked about internationally for several years, and the first batch of Australian authors are about to publish their PhDs on what it might mean for Australia, I won’t say too much about it, except that at the heart of the idea is a preparedness to hand over authority and power.

It requires shifts in work practices, it demands innovation and doing things differently, it asks people to think ‘inter-culturally’, and it depends on genuine partnerships. That’s why First People was so important – in that project we tried to rewrite the rule book, to create new structures which gave authority back to the people who owned the objects and the stories. We tried to make sure stories were not divorced from their owners and voices were not silenced.

So decolonisation has far reaching consequences for everybody – its not just for Indigenous people, it will allow Australia to address some of the limitations of racist thinking and include, rather than exclude people from our future.

M&G: Thanks for your time Genevieve. It’s been great to hear about your work and the ideas that underpin it.

A bit more about Genevieve‘s background and her involvement with First Peoples project.

Background information to some of the conservation projects in the First Peoples exhibition.