#CapturingClimateChange – be part of the online exhibition 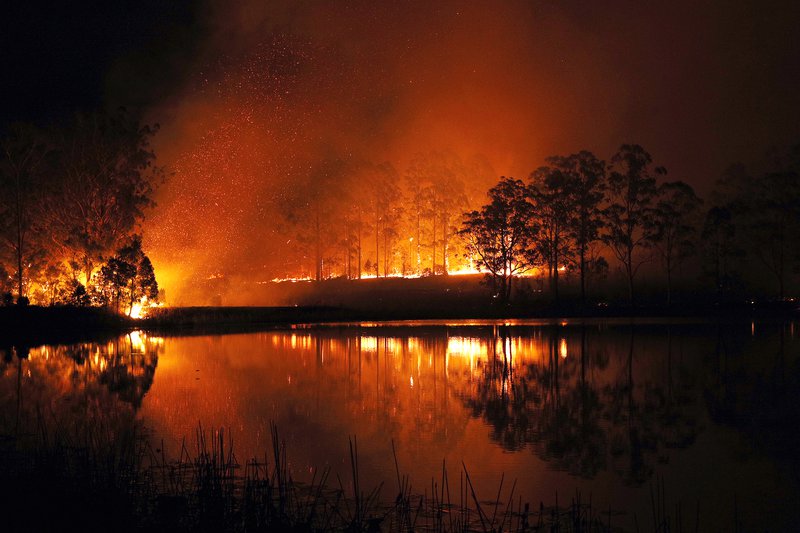 "Everywhere I looked while covering the Hillville fires near Taree there seemed to be a photo opportunity. After an intense few hours photographing fires ravaging bush and properties photographer Dean Sewell who I was travelling with suddenly screeched to a halt in his 4WD. We both looked out at this incredibly moving and stunning scene of a fire surrounding a lake. Dean casually asked what do you think? Shall we shoot it?" Photograph from Capturing Climate Change website. 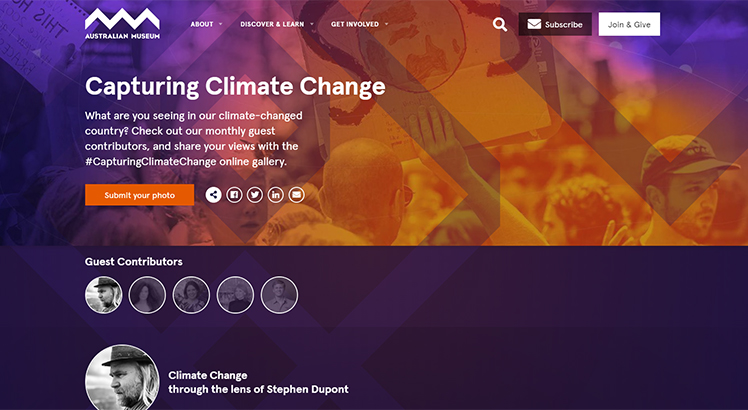 Whilst the Australian Museum’s physical site is closed for major renovations, it has just this week launched an online initiative to capture the experiences of climate change that will culminate in an online exhibition. The project, entitled Capturing Climate Change, calls on the public to contribute photographs through the Museum’s website or directly on Instagram using the hashtags #capturingclimatechange or #australianmuseum.

The initiative’s launch is timely as, over the weekend, the directors of six of the country’s leading natural history museums released a joint statement calling for increased funding and action to address climate change – “The estimate of the destruction to our biodiversity from the fires is in the ‘trillions’ of animals, when considering the total of insects, spiders, birds, mammals, frogs, reptiles, invertebrates and even sea life impacted over such a vast area.” The statement, penned by the Australian Museum, Museums Victoria, South Australian Museum, Western Australian Museum, Queensland Museum, and Museum and Art Gallery of Northern Territory, also spoke to the need to respect and embrace the knowledge that First Nations people have of natural species and land management.

Submissions for the Capturing Climate Change online exhibition will be open from the first week of February through to the end of July 2020. In addition to the growing gallery of contributed photographs, the online hub will feature work by monthly guest contributors, starting with the award-winning photojournalist and artist Stephen Dupont. Other contributors will include multidisciplinary Pacific artist Angela Tiatia and Australia Zoo’s Robert Irwin.

I have gazed upon the living and the dead in earthquakes, typhoons and tsunamis and most recently in my own backyard, the catastrophe of bushfires. While the ice melts, the oceans rise and the land cooks and burns, you would have to be lying to yourself if you deny that we are living through a very real global fight for survival... In my very small way I can capture life in all its tragedy and beauty that might make just a little difference, bring a little more awareness, shine a light on our greatest problem today... In the words of my friend and mentor Bob Brown, “action is better than depression”.

– Climate Change through the lens of Stephen Dupont

Find out more at the Capturing Climate Change website