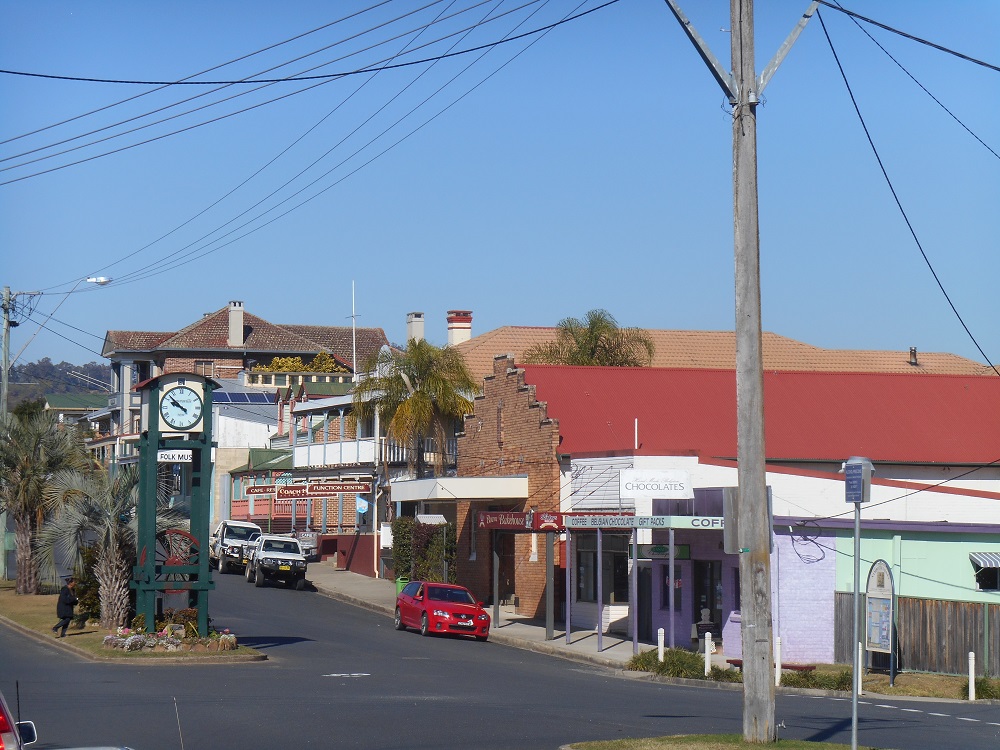 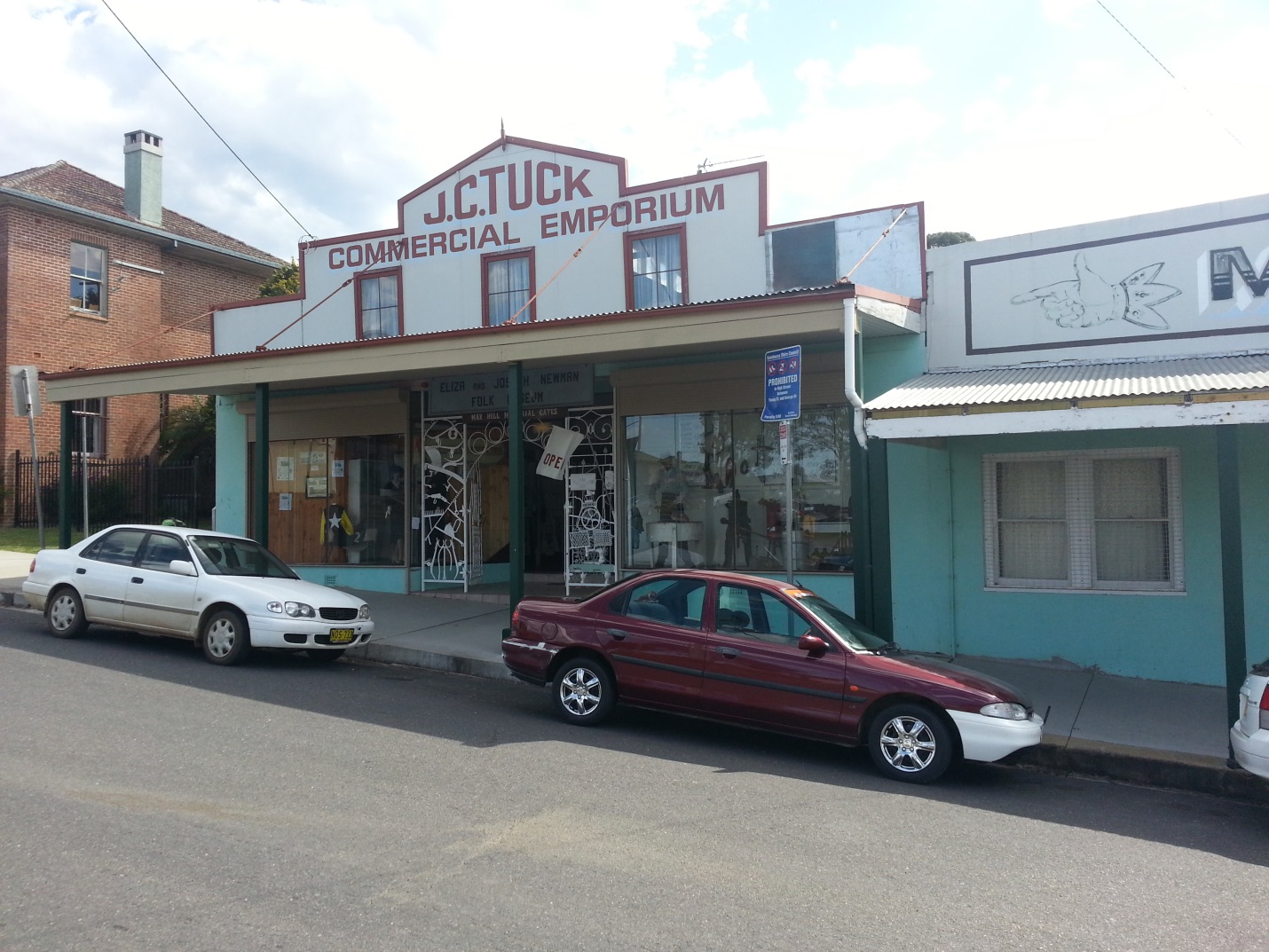 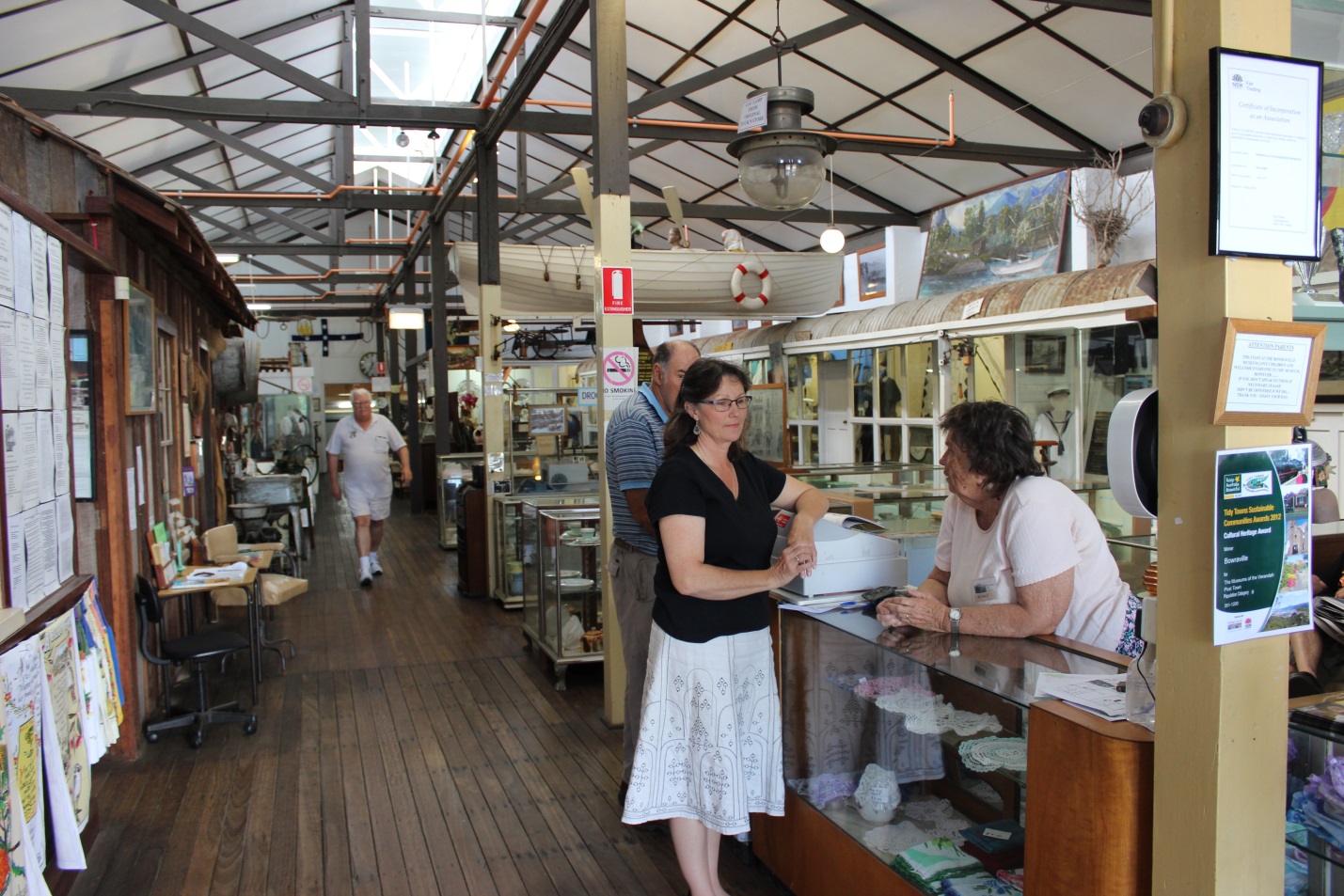 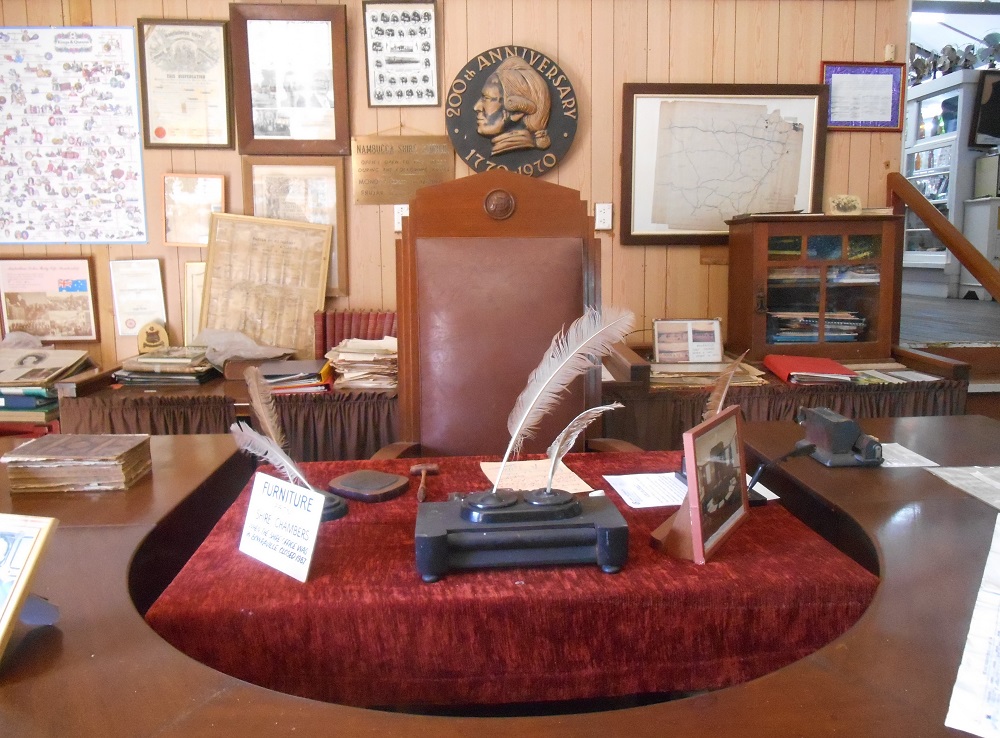 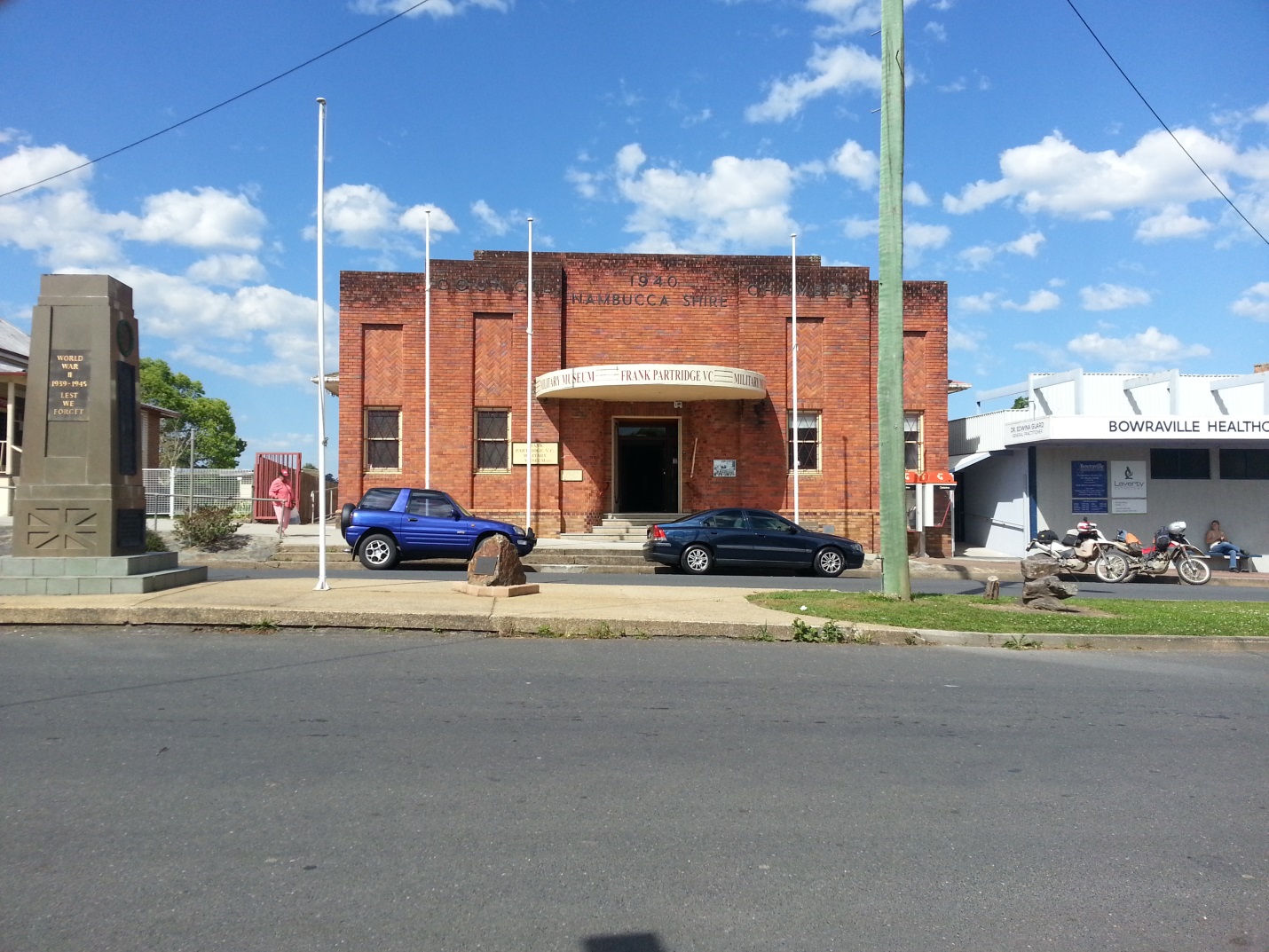 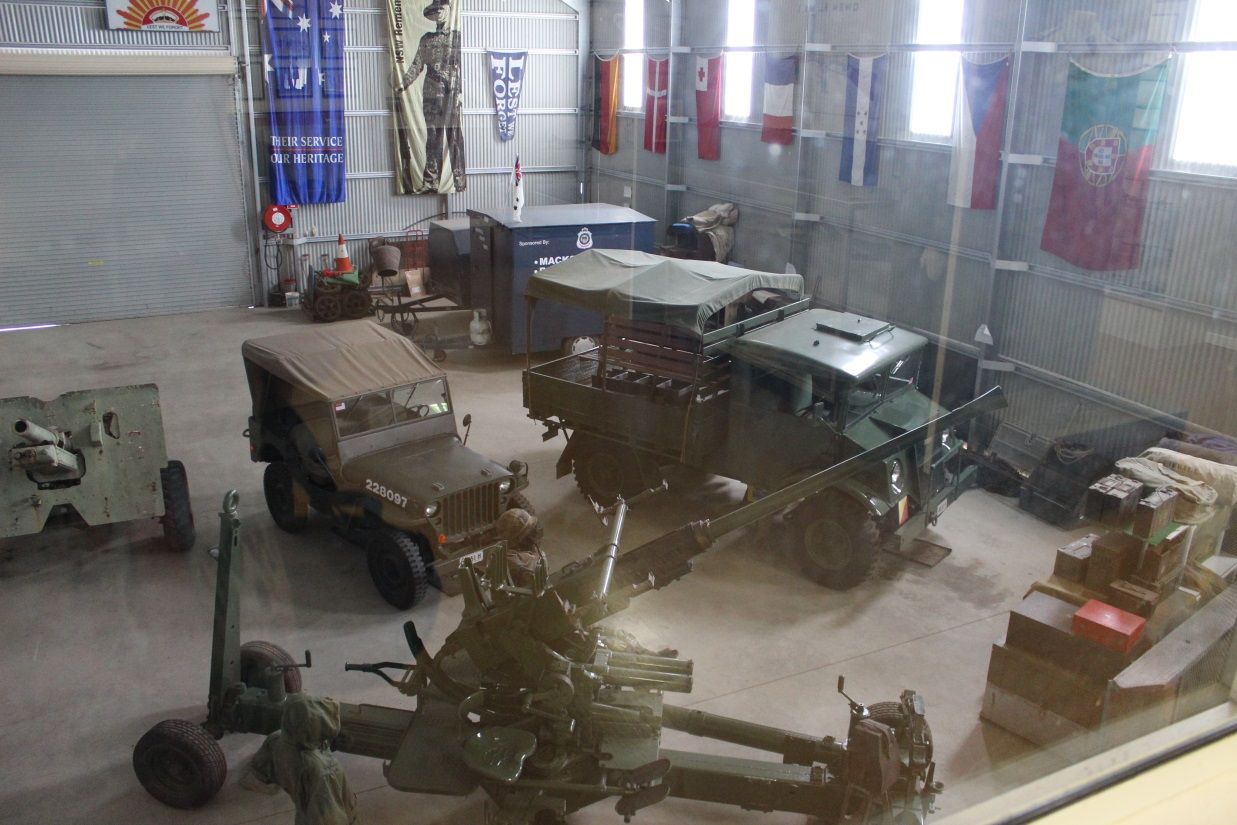 Our first stop was the Folk Museum which huddles inside a wonderful old emporium building. Walking into this magnificent space is a bit like stepping into Dr Who’s Tardis; small at first but expands and transports once inside!

Folk museums collect and display objects that were part of local peoples’ everyday lives; the best of them giving you a look inside a world far from your own. They are, by nature eclectic, discoverable and places where unearthing the quirky and surprising is de rigueur. (Don’t confuse them with folk art museums, which typically collect utilitarian and decorative art primarily produced by working class people, indigenous groups and encompass outsider and naïve art.)

The Bowraville Folk Museum includes anything and everything related to the history of Nambucca Valley and most of the objects have strong associations with colourful local people, places and events. The building began its life in 1917 as a cousin to its beautiful Bellingen Hammond and Wheatley store, built on the site after the street was ravaged by fire the year prior. The building was sold to J. Tuck, whose name still adorns the façade and it operated as a grocery, hardware and drapery until 1929 when again fire demolished the building.

In true Tardis style, the emporium leads to many worlds.

It rose from the ashes again to continue in the mercantile trade. During the War the building was acquired by the Army and became the headquarters and depot of the local Volunteer Defence Corps, men charged with the defence of home soil. In 1968 the owners donated the entire complex to Nambucca Shire Council, to be used by the Bowraville and District Historical Museum.

In true Tardis style, the emporium leads to many worlds. There is a relocated 110 year old church; a converted movie prop – the façade of an old boarding house, and home to the movie The Umbrella Woman, filmed in Bowraville.

Wander freely on site to see the extensive array of machines, many in working condition; a blacksmith shop, tack room (for the non-initiated, that’s horse related stuff), and adjacent workshop.

The museum has numerous galleries representing all the services and covering every point of the globe where Australia has served.

Once the beloved time machine spat us back to earth we headed across the street to the Frank Partridge VC Military Museum which commemorates those who have served Australia in past conflicts. The Frank Partridge Museum was originally part of the Folk Museum, but when the collection was moved to separate premises in the old Council Chambers in 2001 it was renamed after Frank Partridge; a local from the area, and the last and youngest Australian to be awarded the VC in World War II.

The museum has numerous galleries representing all the services and covering every point of the globe where Australia has served. The displays are well presented and the use of sound and video recordings adds to the experience.

The collection includes cartoons and illustrations by Max Coward, considered to be an artist of national significance. Coward was an official illustrator for the Royal Australian Navy newspaper, Dit and many of his illustrations have been digitised and are displayed on a TV screen.

It’s a place to reflect on the sacrifices made by those who serve in the Defence Forces while performing their duty and a great destination as we approach the centenary of WWI. The museum includes a Veteran’s Lounge where visitors and veterans can rest and view a range of digitised material.

However, be warned – to experience true time travel in Bowraville you’ll need more than an hour’s flying visit! 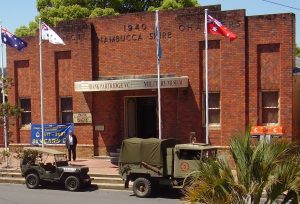 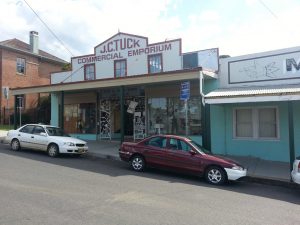