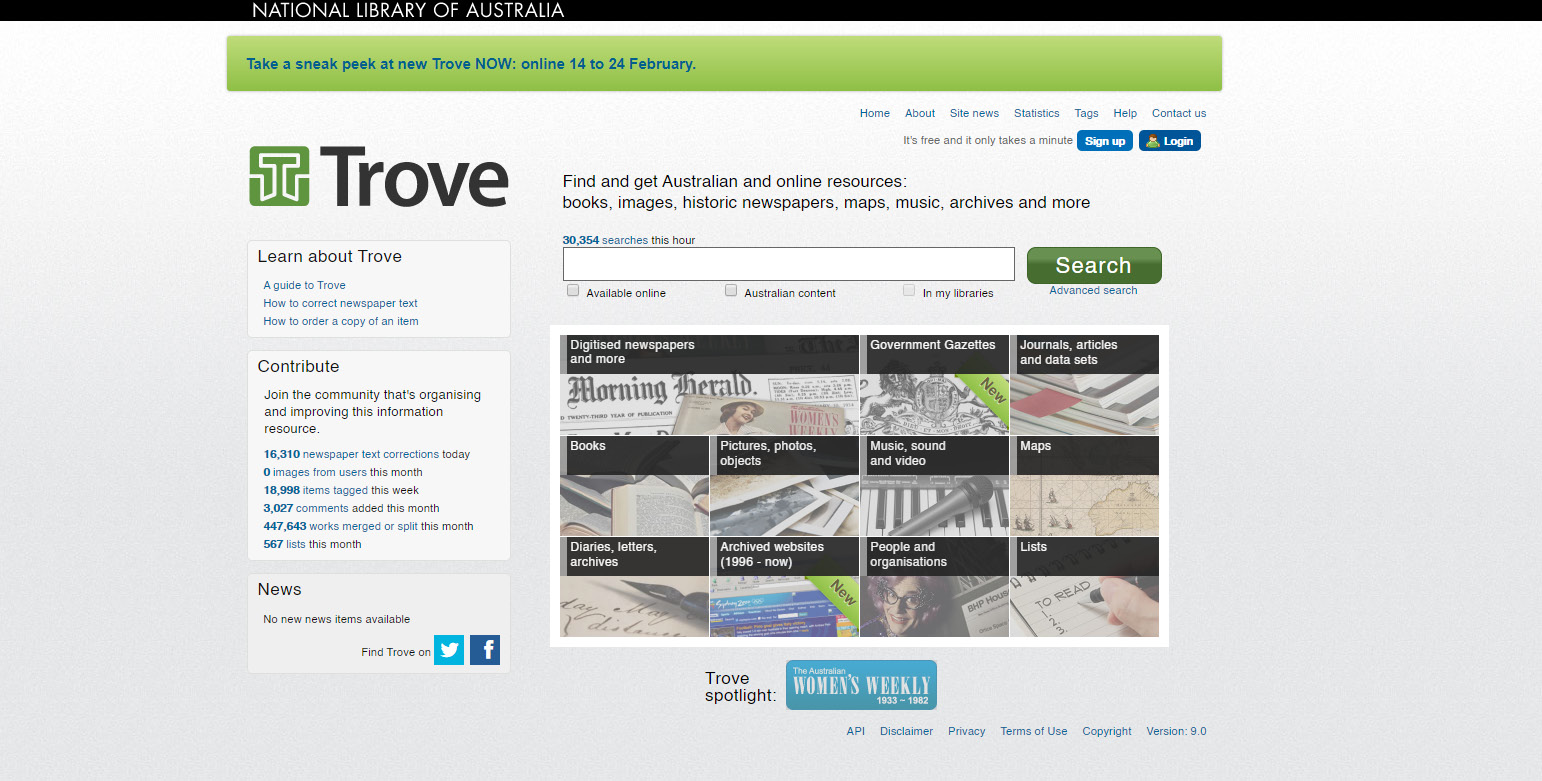 The Federal Government will provide an additional $8 million for the National Library of Australia over the next two years to support the ongoing development of Australia’s digital heritage portal, Trove.

Bringing together content from the National Library of Australia (NLA), State and Territory libraries, and hundreds of other libraries, cultural and research institutions around Australia, Trove provides free access to approximately 6.5 billion records from Australia’s recent and distant past.

Minister for Communications, Cyber Safety and the Arts, the Hon Paul Fletcher MP, said Trove is a digital success story and the Australian Government is proud to strengthen this significant national asset.

“When Trove was first launched in 2009, it comprised mostly print content. Over the last decade it has evolved and today approximately 90 per cent of Trove’s use is for digital content,” said Minister Fletcher.

“The National Library and its partner network are to be commended on maintaining, building and contributing to a resource of such cultural and historical significance for all Australians.

“The additional funding will provide ongoing support for the operation of Trove, enabling the National Library to continue to invest in the development of this outstanding service.

“Today also marks the launch of a revitalised Trove, with enhanced search and sharing functions as well as mobile optimisation, making it a more accessible tool for our younger audiences and those looking to develop their research skills.”

In 2009, most participating institutions were libraries. Today, Trove’s data contributors also include galleries, museums, archives, and historical societies as well as media and research organisations.

In 2016, the Australian Government’s Public Service Modernisation funding provided $16.4 million over four years to revitalise Trove, with the additional $8 million bringing the total funding to $24.4 million.

Trove’s reach extends to Australians in remote, regional and rural areas and in 2018-19 it recorded 28.30 million visitor sessions.