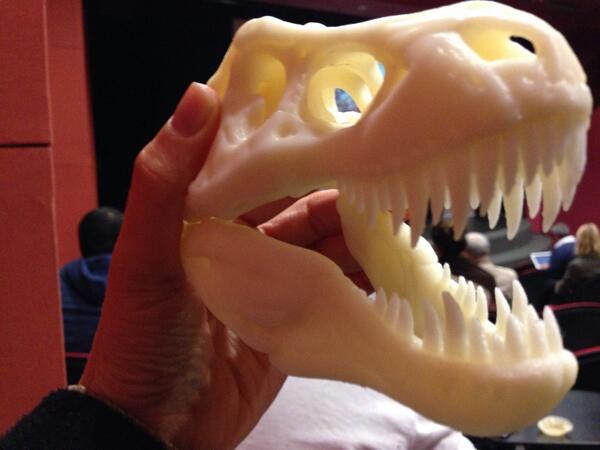 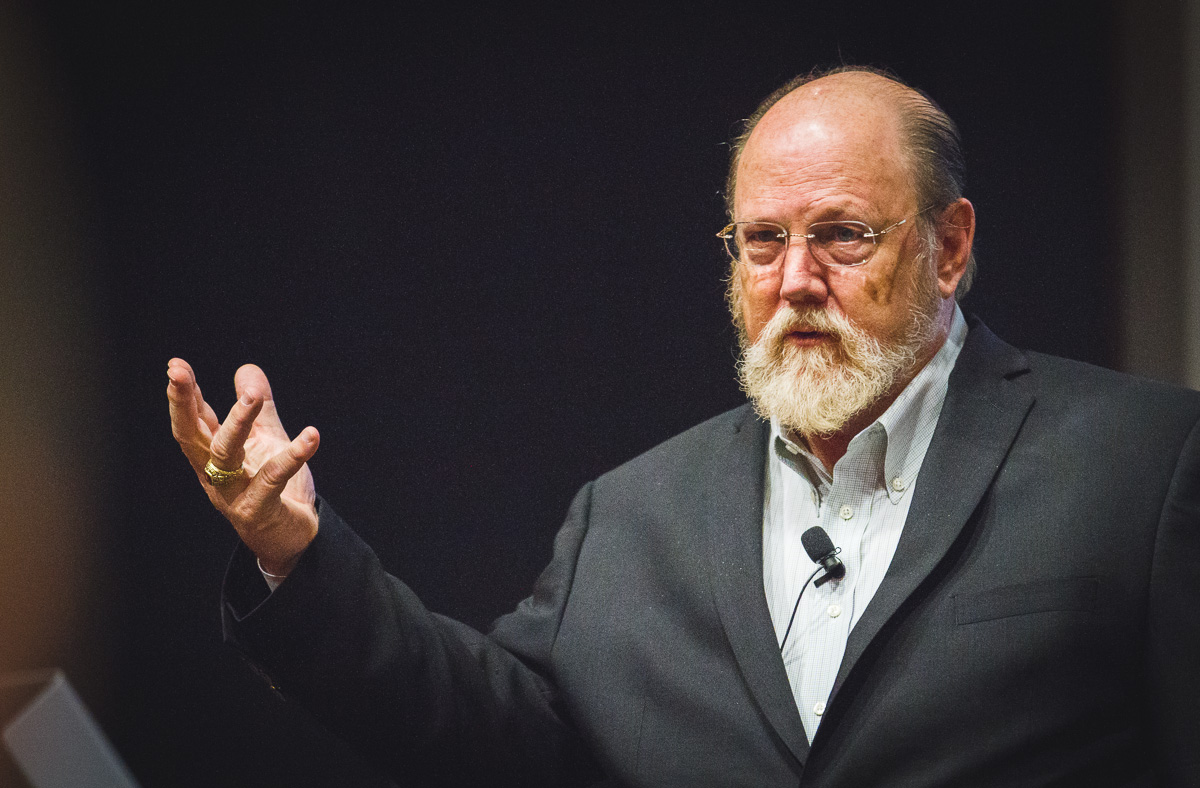 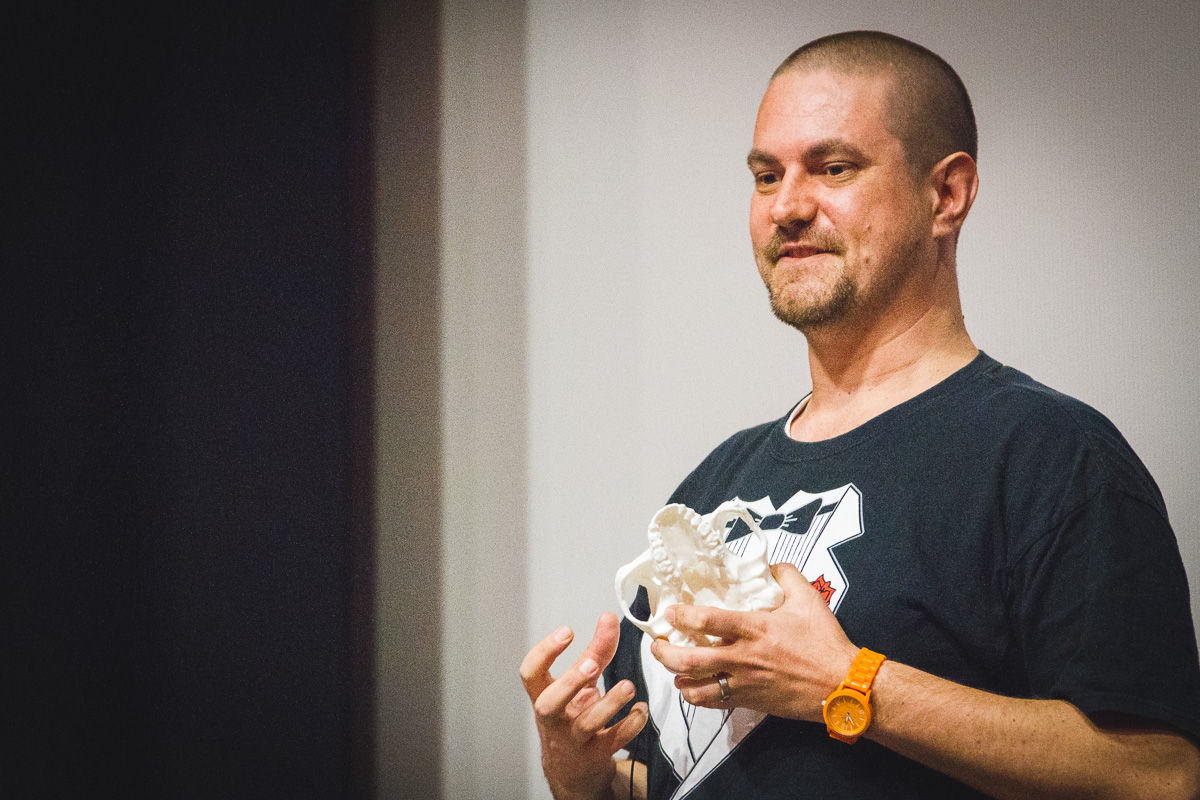 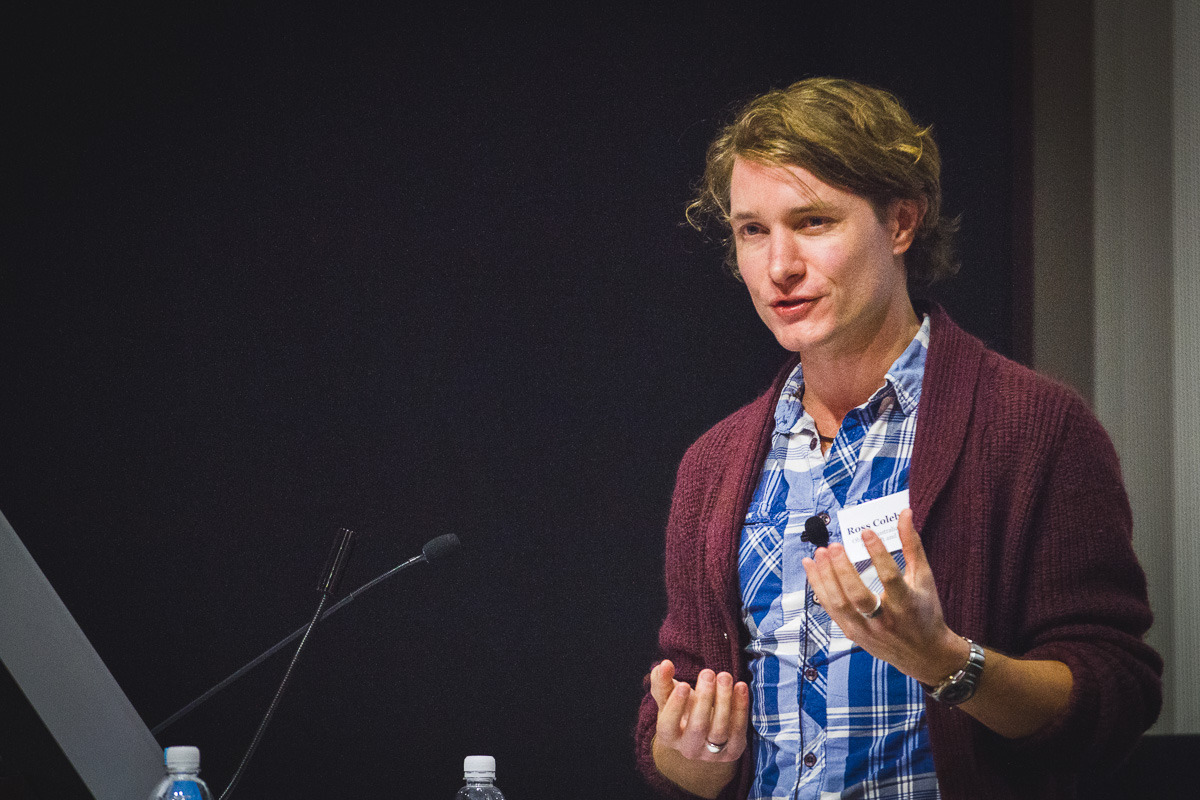 Most of the stories you read about 3D printing and Augmented Reality (AR) seem to come straight out of the future, so it may come as some surprise that at yesterday’s 3D symposium at Macquarie University, the Welcome to Country from Darug man, Lexodious Dadd, was highly relevant to the themes of the event.

Lex asked us to support each other. He began by saying that before colonisation an abundance of support networks existed throughout Australia. Instead of fighting over resources, people shared what they had. In our modern world, it could be argued that 3D technology is doing a similar thing; developing and extending its reach using shared resources, an ethos of democratisation and considerable community spirit.

Jake Henderson from Fab Lab Adelaide discussed how these creative communities build a maker culture of do-it-yourself developers dedicated to advancing art and design or simply rediscovering the enjoyment of tactile playfulness through the exploration of 3D printing. These ‘maker spaces’ are sprouting up here, there and everywhere, housing technology such as 3D printers, laser cutters, and programming tools that anyone can use in exploratory environments.

3D technology is developing and extending its reach using shared resources, an ethos of democratisation and considerable community spirit.

The most radical version of these maker spaces was presented by keynote speaker Dr. Larry Johnson from New Media Consortium. He talked about Autodesk, a 27,000 square foot facility workshop at Pier 9 in San Francisco. The facility includes a digital fabrication room, woodshop, metalshop, 3D printshop, electronics shop, and commercial kitchen. This is a space helping unlock the creativity in everybody by providing a gamut of fun, creative tools accessible to kids, hobbyists, aspiring artists and designers.

Michael Rampe spoke about the importance of tactile teaching and facilitating collaborative enquiry at Macquarie University. Among the many projects Michael presented was Virtual Egyptology, a partnership between Dr. Yann Tristant and the Educational Design and Development group at Macquarie University. Using 3D-scanned artefacts in a web-based interface interactive learning activities for all modern browsers and mobile devices can be designed.

Ross Colebatch from Object: Australian Design Centre raised some of the many ethical implications of 3D printing. He mentioned the well-known example of the US-based group Defense Distributed who produced a plastic gun using a 3D printer, uploaded the blueprints online, and encouraged US citizens to print their own weapons.

While there is nothing new about the web providing a platform for crackpots, it raises the inevitable question of accountability. Colebatch brought this home to the audience with a more prosaic example: when consumer 3D printing becomes ubiquitous and everyone is printing out their favourite disposable cup, this will result in compounded waste, squandered resources, putting a substantial hole in sustainability gains.

If 3D printing is providing new problems, it also provides new solutions. Rod Bamford and the College of Fine Arts at UNSW, is exploring how digital fabrication technologies, such as 3D printing and laser engraving can be integrated with traditional methods of bamboo production in West Java. His project, Bamboo Studio, is a village sized research project examining how old and new technologies can provide new opportunities for local construction and textiles industries.

Despite 3D technology wowing us with future shocks,  uncanny experiences and seemingly endless possibilities, it seems ultimately its greatest pleasure and greatest potential is one of the oldest in the world, bringing people together to create and share.

If we have whetted your appetite, you can:

Object also has  an article about the ground-breaking  fab8nz conference from Object magazine 63.

Read about other 3D printing projects at Macquarie University here on The Conversation.

As well as 3D Printing, Dr. Matt Bower showed what Augmented Reality (AR) could do. Without overstating the fact, AR is what the future looks like according to science fiction movies.

Download and play with these amazing Augmented Reality apps.

This one really has the wow factor. This is really a showcase for how AR can be used in advertising. Download and (2D) print these pages, download the app, point your device and surprise your friends.

Use this geolocative app on your smartphone or tablet to look around and see virtual constellations, satelites the moon and find out all about them. It’s from Google so isn’t available on Apple devices. Iphone and Ipad alternatives are SkyView and StarMap.

Browse your surroundings and get information on landmarks, restaurants and other places. Find hotels, ATMs by using this app to connect with Trip Advisor, and other tourism information online.

Go to new places, landmarks and other things which you want to explore and find the details behind them. Instead of flipping your brochure pages, launch Tagwhat app and with the camera and GPS, it pulls out all the details from the web and social networks about any landmark you encounter.