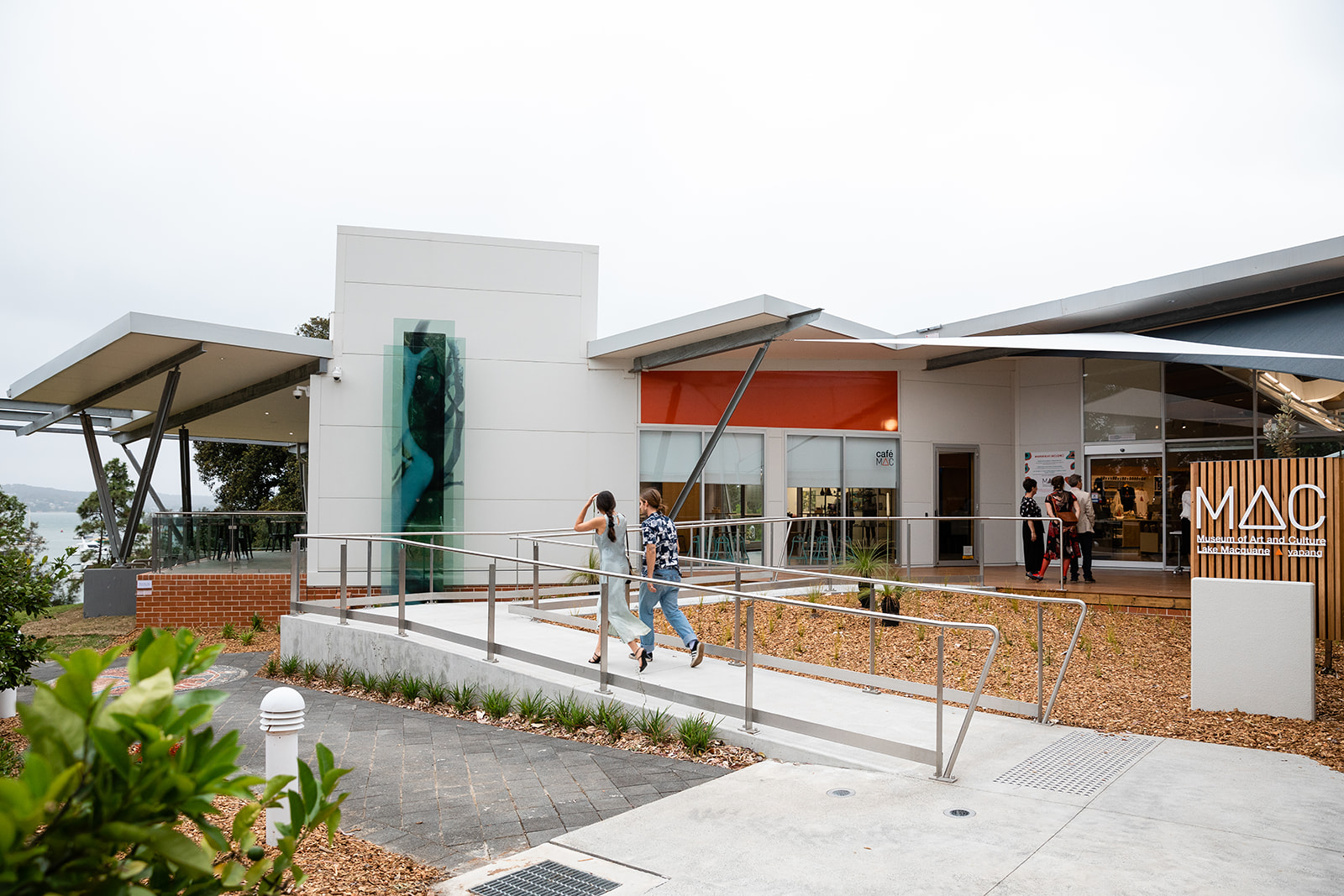 The Museum of Art and Culture (MAC) is an exceptional cultural and tourist destination located at the northern tip of Lake Macquarie.

The new site is significant to both the local Aboriginal and non-Aboriginal people, most importantly as a campsite and then as a parcel of land granted to Dr James Mitchell in 1842.

The gallery originally occupied Awaba House on this site from 1996 to 2000 when a decision was made to construct the new state-of-the-art facility. Designed by Colin Still of Cox Richardson, the new art gallery building was launched in May 2001 and saw the addition of an art seminar room in 2008.

With a growing audience, higher demands for public exhibition space and a rapidly developing collection, the need to expand again, became essential. With a grant from the NSW government and assistance from Lake Macquarie City Council, the gallery underwent a $2.3 million transformation in 2019 resulting in more exhibition and collection space, a new name, new brand and the establishment of yapang, a dedicated Aboriginal program and space.

The recent exciting transformation has established MAC as a destination and enhanced its position as a dynamic, popular regional facility.

The gallery can be reached easily via the lake foreshore cycleway, the water or by public transport.

Sunday, Tuesday, Wednesday, Thursday, Friday, Saturday
10:00 am to 4:30 pm
Closed every Monday and open selected Public Holidays from 11:00am til 4:00pm

Visit Cafe MAC at the Museum of Art and Culture overlooking the glorious lake views and sculpture park. You can enjoy coffee, cake, or a light lunch with a glass of Ernest Hill wine during your next visit.