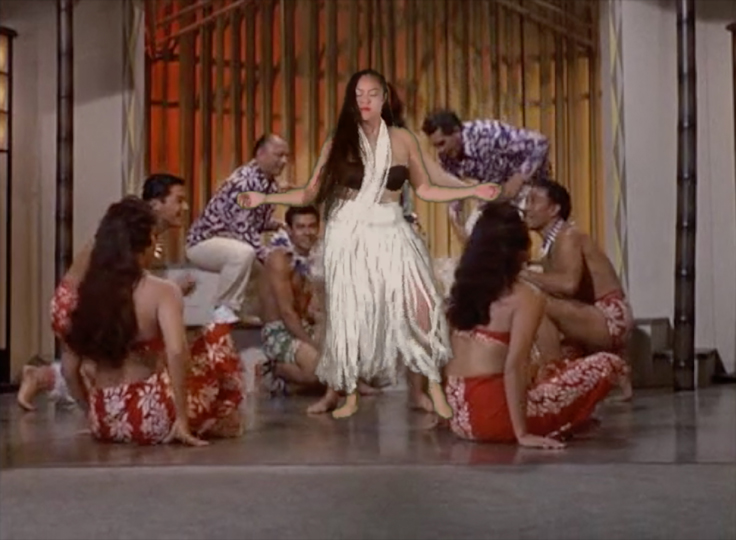 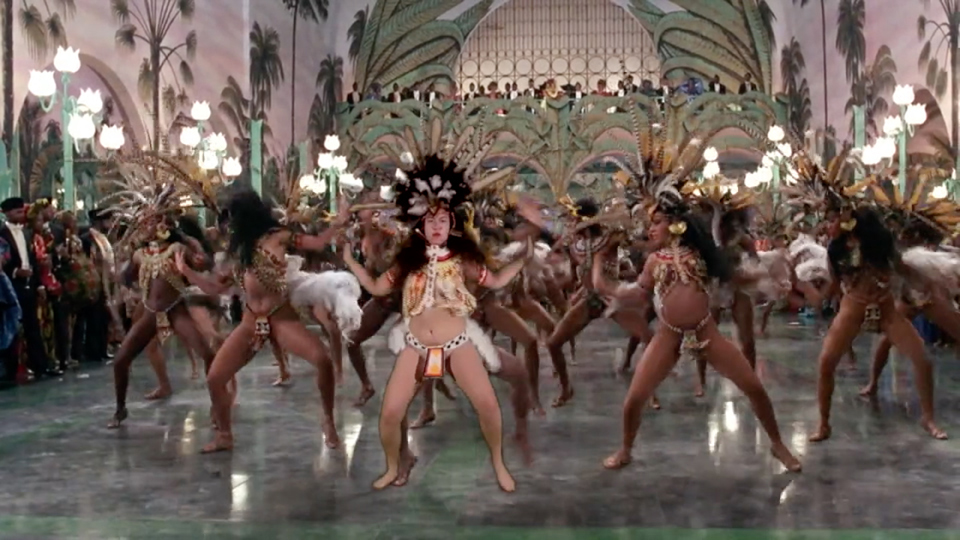 Caroline Garcia is a culturally promiscuous, performance maker. She works across live performance and video through a hybridised aesthetic of cross-cultural dance, ritual practice, new media, and the sampling of popular culture and colonial imagery.

Caroline adopts the role of shape shifter – sliding into the gaps between cultures bringing to light forgotten choreographies to address the experiences of otherness and timeless clichés of exotic femininity.

She is interested in the evolution of identities based on ideas of gender and ethnicity, the diasporic body and the cultural make-up of the Filipina.

RA: Your work, Primitive Nostalgia, in Moving Histories // Future Projections sees you inserted into the midst of famous dance sequences in Hollywood cinema. Can you tell us about the greenscreen video technique you use in this work and why you chose to work with this medium?

The green screen technique is pretty simple – I film myself dancing in front of the green screen with a video camera, and then I ‘key’ myself into existing footage in post-production with a video editing program. I’ve used this technique for the visual effect, as it allows me to layer the image of myself onto whatever background I choose, and I find it to be quite an efficient process. The collaging or compositing that occurs is the right intervention that I need in this video work, and though it is intentionally glitchy at points, the effect is rather seamless and is a throwback to the magic and illusions in early filmmaking and cinema.

RA: Where did your interest in dance and performance originate?

Dance has always been inherit in my body. Performance art and video on the other hand, which I would say occupy my practice the most, were the outcome of experimenting between dance and photography, both of which I had studied and interrogated in academic institutions. It was quite organic to move towards this trajectory after keeping the two practices separate for some time.

RA: You describe yourself as a ‘culturally promiscuous performance maker’ – how do you define the idea of cultural promiscuity and the possible negative aspersions this term might bring to light?

I came up with the term ‘culturally promiscuous’ because it was most authentic to summarise the way in which I sample from different cultures. I understand that this concept may come across as rather transgressive, especially within the discourse of cultural appropriation, however in this act of sampling I am in deep consideration of the power dynamics and relations between myself and the material sampled, and I continue to ask myself when making, whether this strategy is the best method to decolonise or to interrogate cultural politics.

In addition, this idea of cultural promiscuity speaks to my cultural identity. I think that this ability to sample and remix as a devising process is inherently Filipino, which is a reflection of the Philippines’ national identity, both historically and geographically. I find that the way that I take and assemble is quite intuitive, and is very much derived from Filipino aesthetic and taste, that I have been exposed to, even being first generation.

I am the guest curator for MCA’s October Artbar, which is on Friday 27th October. I also have some installations currently showing at Blacktown Arts Centre for Balik Bayan, as part of the Bayanihan Philippine Art Project. I will also be presenting at Penrith Regional Gallery, Blindside (Melbourne), curating First Thursdays at the Institute of Modern Art (Brisbane) with Athena Thebus, MAY Space, Festival of Live Art 2018 (Melbourne) and Art Central Hong Kong 2018 with 4A Centre for Contemporary Asian Art, all in the near future!

A dLux MediaArts exhibition toured by Museums & Galleries of NSW 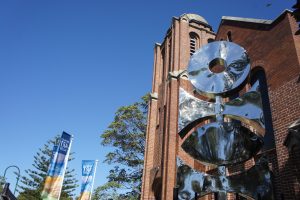