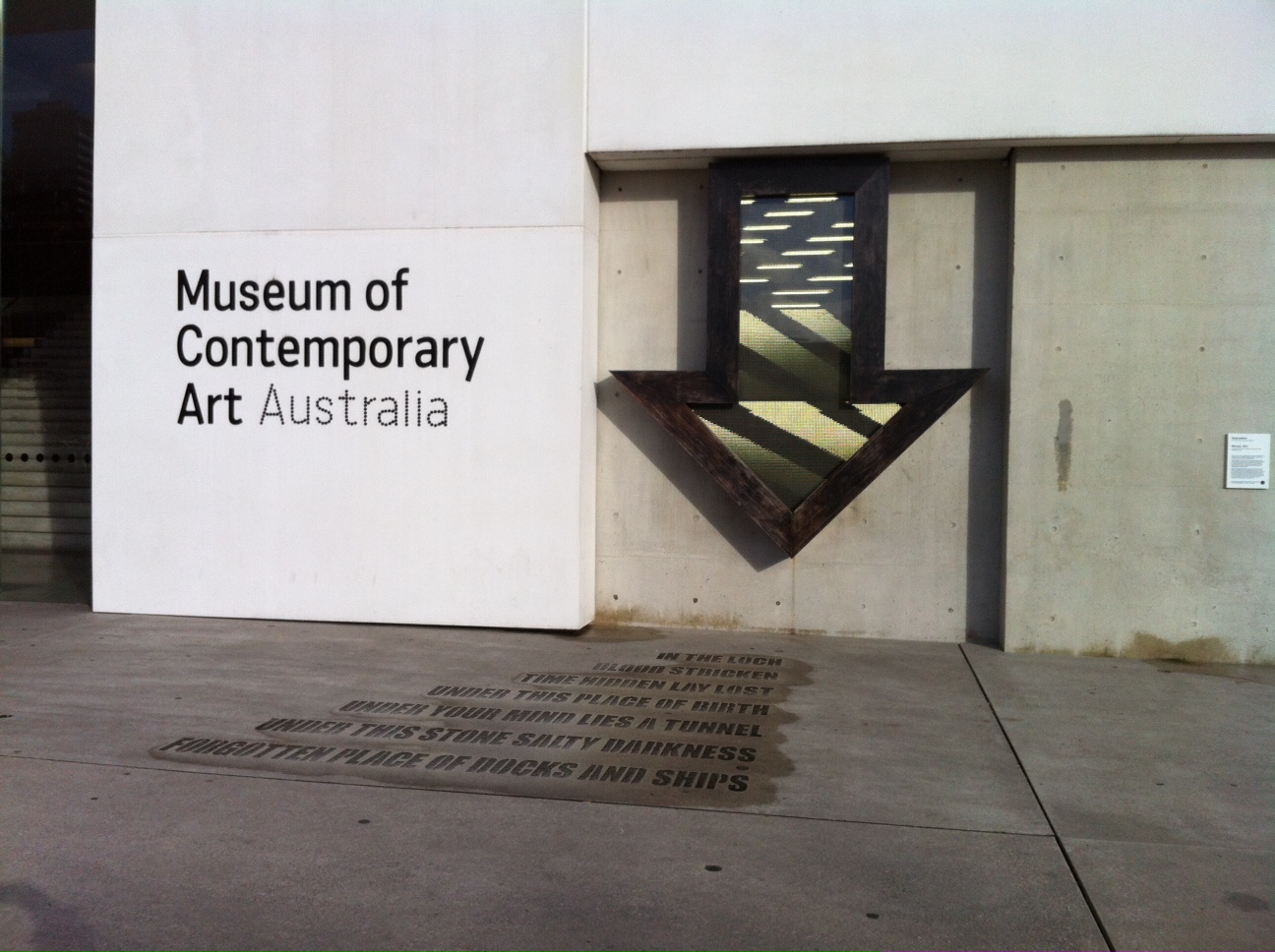 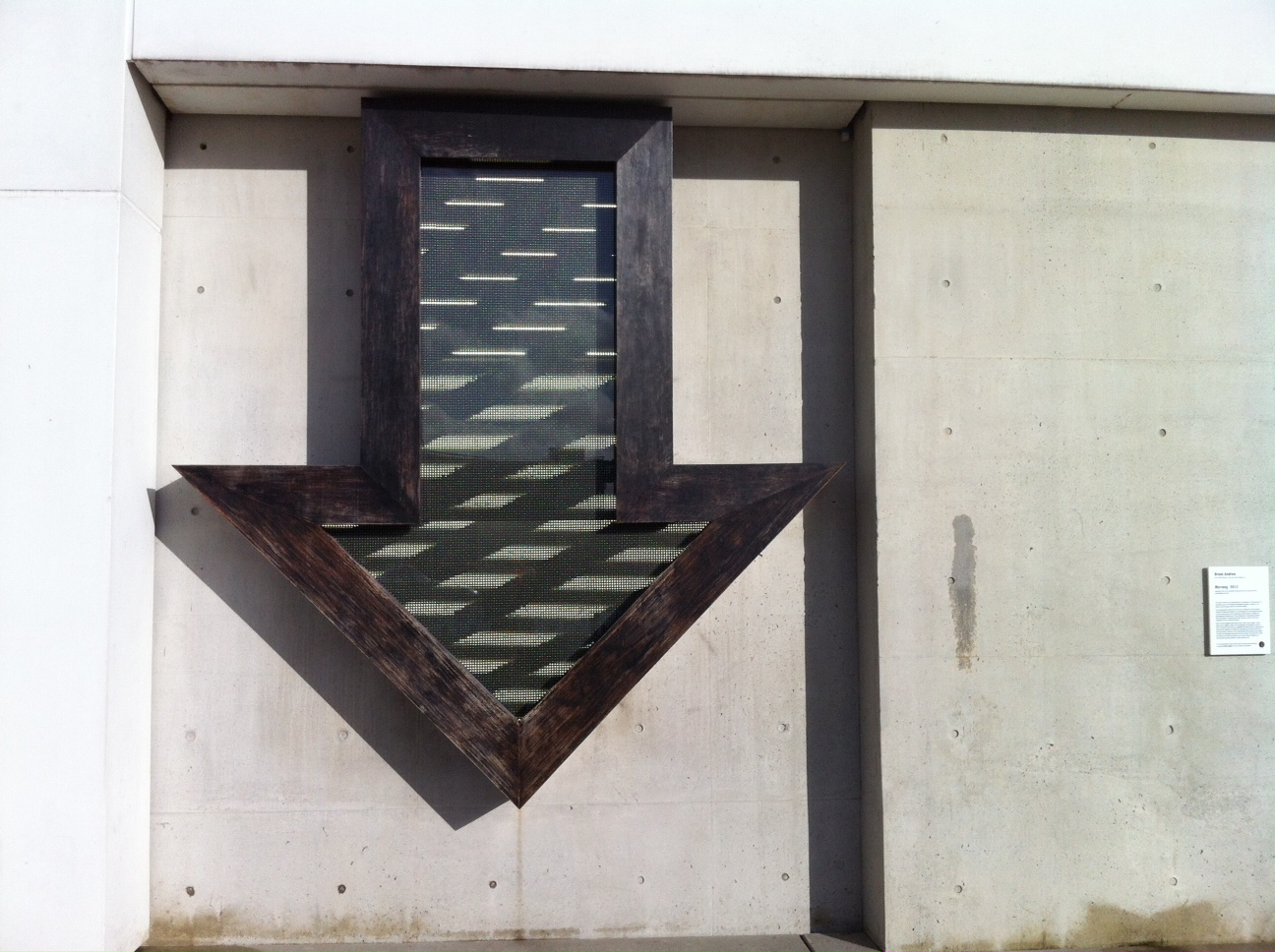 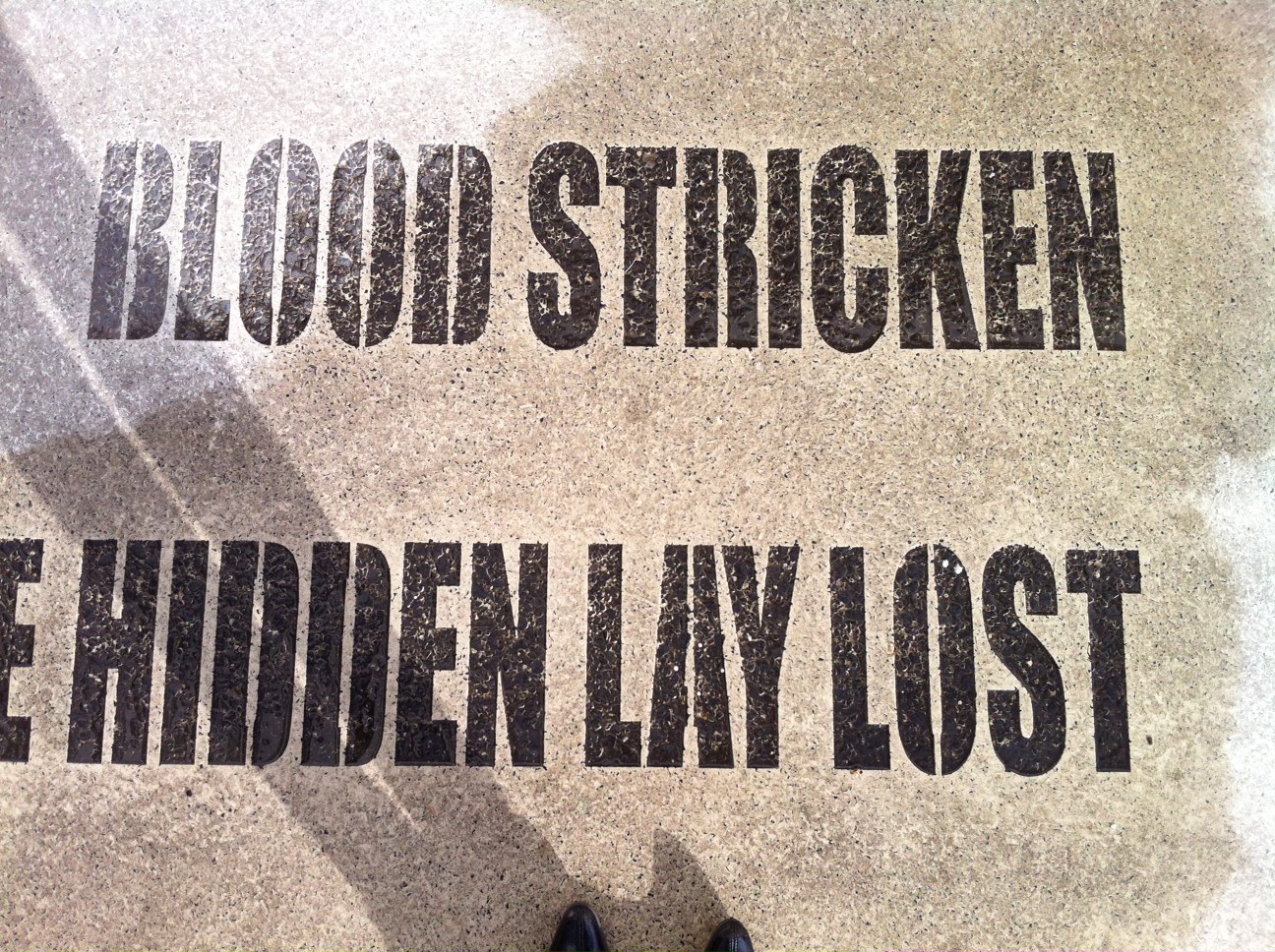 In this column we have been promoting NSW Aboriginal artists, both living and dead, to explore the contributions they make to Australia’s art scene and to tease out a better understand of their very strong connections to Home country.

This week’s artist has a growing international reputation. Not only does Brook Andrew work across print media, video and performance, sculpture and installation, he is also an avid writer, thinker, designer and public artist.

His work highlights the large expanses of grey that lie between identity, belonging and memory, and points to the multiple perspectives found in Indigenous art in Australia today. There is also a certain irony about it, given that Andrew relies almost exclusively on the bald shock of black and white in the execution of his work and to communicate his subtle yet critically important message.

"In the loch, blood stricken, time hidden lay lost, under this place of birth, under your mind lies a tunnel, under this stone, salty darkness, forgotten place of docks and ships."

Warrang, Andrew’s 2012 commissioned work at the MCA entrance is one such piece. Meaning ‘Sydney Cove’ in the language of the Walla Mulla people, Warrang is a large LED arrow mounted on the façade of the new wing of the MCA, pointing directly to the ground.

It strikes you as part pop art, part pulsing wayfinder and leads the eye to a piece of prose etched in concrete:

In the loch, blood stricken, time hidden lay lost, under this place of birth, under your mind lies a tunnel, under this stone, salty darkness, forgotten place of docks and ships.

Andrew’s words bring to the fore the stratigraphy of our existence. He conjures up a history of place: from remnant wharf piers 200 years below, to lives lost and blood spilt, to a people poisoned and dispossessed, and beyond that, to the lap and ebb of harbour tides and its bounty of journeys ended and just begun.

This modern piece of public art signals to times long past. From before we had disposable incomes and weekends dedicated to recreation, to before the phrase contemporary art existed, to things unseen. As Warrang tattoos its marks on ‘our’ public space, it also stakes its territorial claim in a more gentle way; the hard-edged Aboriginal-derived patterns and contemporary pop aesthetic, contrasting poignantly with layers of history and with the many different feet that once trod this land.

Hailing from Wiradjuri country, Andrew lives and works in Melbourne and has a string of international exhibitions to his name. View more of his work on his website and blog.