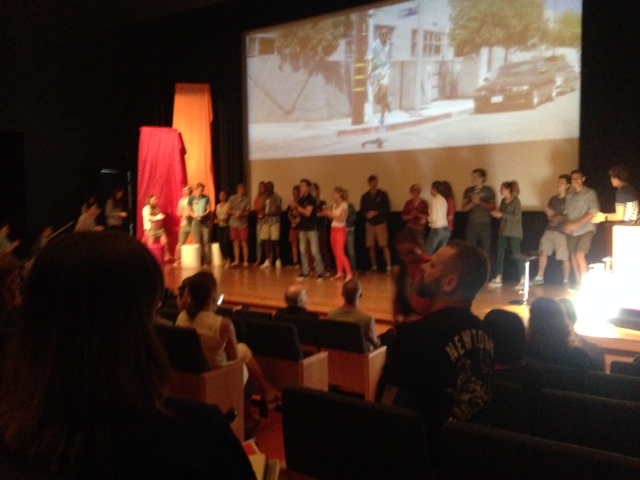 A flash mob of young people dancing to 'Happy' suddenly invaded the Communicating the Museum Conference. 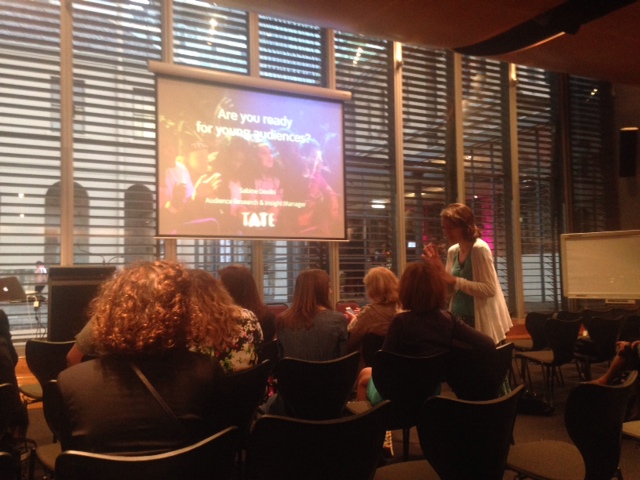 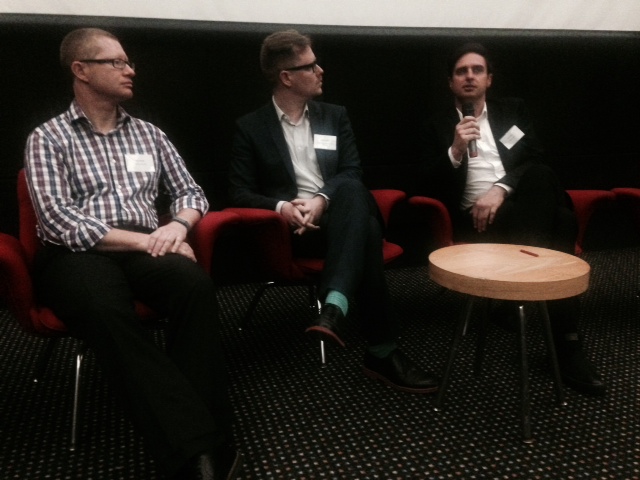 Over the last few weeks the arts and cultural sector has been saturated with conference activity from near and far. M&G deployed troops to most events with instructions to bring back the spoils; so here’s a run-down from various sorties executed at Communicating the Museum, the NAVA Summit, Regional Services Stakeholder Forum at PHM, and the NGA talk by MoMA man Glenn Lowry in Canberra.

Promoted as the world’s leading arts communications conference, CTM brings together 300 museum and marketing professionals with a vision to provide a platform for networking and debate.

This year the event was built around the theme of Optimism. From November 4 to 11 across venues in Sydney and Melbourne, a dynamic program of local and international speakers discussed, questioned and explored current thinking about museum engagement and communications strategy.

M&G best bits: Chance to hear what’s going on globally. Watching how contemporary art continues to blur the boundaries between museum and galleries allowing new types of engagement and participation, and creating new institutions as mechanisms of their mission rather than their past.

This annual PHM Regional Services event is aimed at bringing the small and regional into the city to discuss some of the big fat questions. For the last few years the event has been scheduled on the same day as our IMAGinE awards (which was a sellout event this year –  Yay!) to encourage as many people to come as possible.

The topic of digital collections had people on the edge of their seats. Michael Parry, Director Public Engagement Powerhouse Museum introduced the session by asking a clear question: is it time for a nation-wide online collection management system?

Two papers were presented; the first given by Cameron Auty, Project Co-Manager Victorian Collections looked at this groundbreaking website and training program which shares more than 52,000 object records from 300 collecting organisations. It operates as a free online cataloguing system developed by the Victorian branch of Museums Australia and Museum Victoria.

The second paper given by Paul Rowe, CEO Vernon Systems, described the benefits of their online cataloguing system eHive. Particularly suited to small museums, there are already more than 500,000 existing records with 100,000 new items added every six months.

Comments and questions abounded. Security concerns were raised with discussions around how some objects might be more vulnerable to theft if their locations are promoted online. Paul Rowe responded by saying that keeping an object in obscurity isn’t an ‘adequate  security strategy’, stressing the importance of keeping good catalogue records and images and maintaining good collection and display security.

The audience expressed some frustration at the circular conversations around this topic and concerns that such a website would have to be adequately resourced but ultimately, there was palpable excitement at the potential of a national online collections database. Everyone agreed it could be an incredible driver for museums looking to share stories with new audiences.

M&G best bits: a moment to dream about what a national online collections database might look like and what such as beast could do for audiences, shared stories and interpretation of our histories. Being brought down to earth in realising how hard this will be to deliver.

Held over 2 days at the much-loved Carriageworks, the summit was the icing on the 2014 NAVA cake; celebrating 30 years in supporting Australian visual artists.

Titled Future/Forward, the program brought individual artists together with large and small institutions. The keynote presented by Professor Nikos Papastergiadis from Melbourne University brought us up to speed in thinking about how art and ideas can penetrate the global consciousness; a feat requiring fully functional institutions with widely networked relationships enabling them to act as broker for both client and audience. The baton on this discussion was passed to day two’s keynote, Dr Hong-hee Kim, Director, Seoul Museum of Art, spoke of the need to move outside the bounds of the physical entities of a museum and to engage with audiences and peers on a deeper level.

The spirited panel discussion on censorship featured a politically diverse group. Professor Robert Nelson was a standout, as was Julian Burnside AO QC who talked passionately about the intersection of freedom of speech and censorship. Unsurprisingly, the Biennale artists’ embargo was raised, as was the recent Peter Yore court finding and, inevitably, the Bill Henson case and its ensuing ‘moral panic’. Each of the panelists presented differing views on child nudity in art and artists’ responsibilities in terms of freedom of expression.

The role of arts advocacy was discussed in a panel with Elizabeth Ann McGregor OBE, MCA Australia Director, making some particularly poignant remarks about the need for everybody to act as active arts lobbyists, and the importance of bold decisions to bring about structural change.

M&G best bits: a reinforcement of the importance of building relationships with cultural institutions and an increased understanding of what artists want from those institutions whether they are regional galleries, major cultural organisations or small and local ones.

THE PARTICIPATORY MUSEUM: MOMA AT NGA

As part of their annual series of lectures NGA’s recently hosted Glenn Lowry from MoMA who spoke about The Participatory Museum. Lowry started on a high note, winning us over by congratulating Australia and the freshly commemorated Gough Whitlam, for his Blue Poles purchase–a courageous decision at a time when the idea of art being expensive was novel, and to some in Australia–offensive.

Lowry stepped us through the rise and rise of MoMA and reminded us of the importance of collections as context to contemporary art. History, he said is embodied in all collections.

He talked about sharing, saying that 85% of museum visitors attend with another person justifying the museum as a social space and amplifying its impact through the use of social media and simultaneously enthusing about the role of visitor photography in galleries.

Partnerships are critical he said and the beauty of digital means that they can exist locally and globally simultaneously, something which will present new and as yet undetermined outcomes.

M&G best bits: the idea that to think digital is to permit reorder and the possibility of creating new order. We also liked the analogy that the ‘guided tour’ is analogue thinking – one channel of information from one source–and ‘museum conversation’ is digital thinking, where ideas, impressions and responses comes ‘from many’ and are directed ‘to many’.