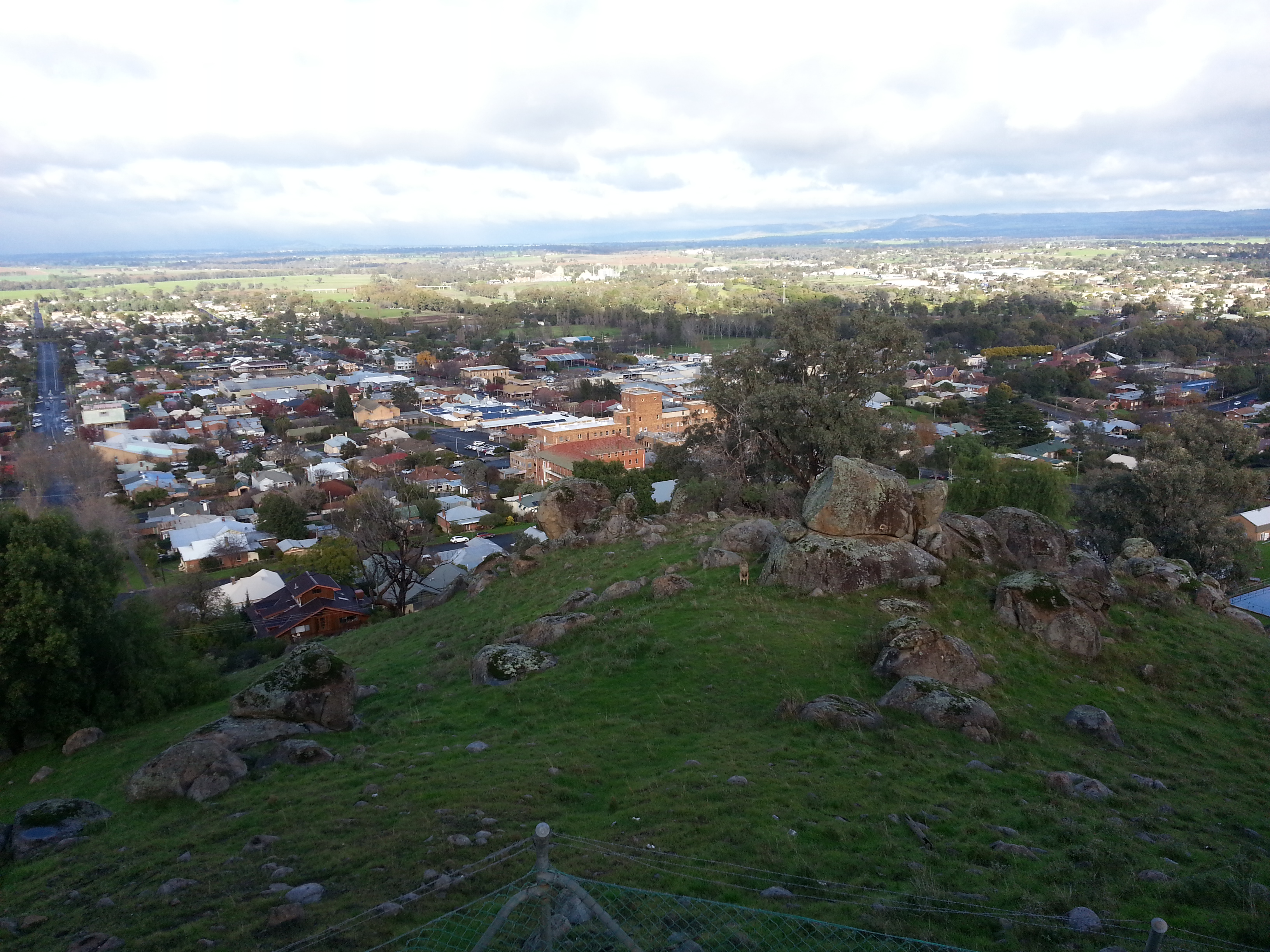 Cowra from the lookout 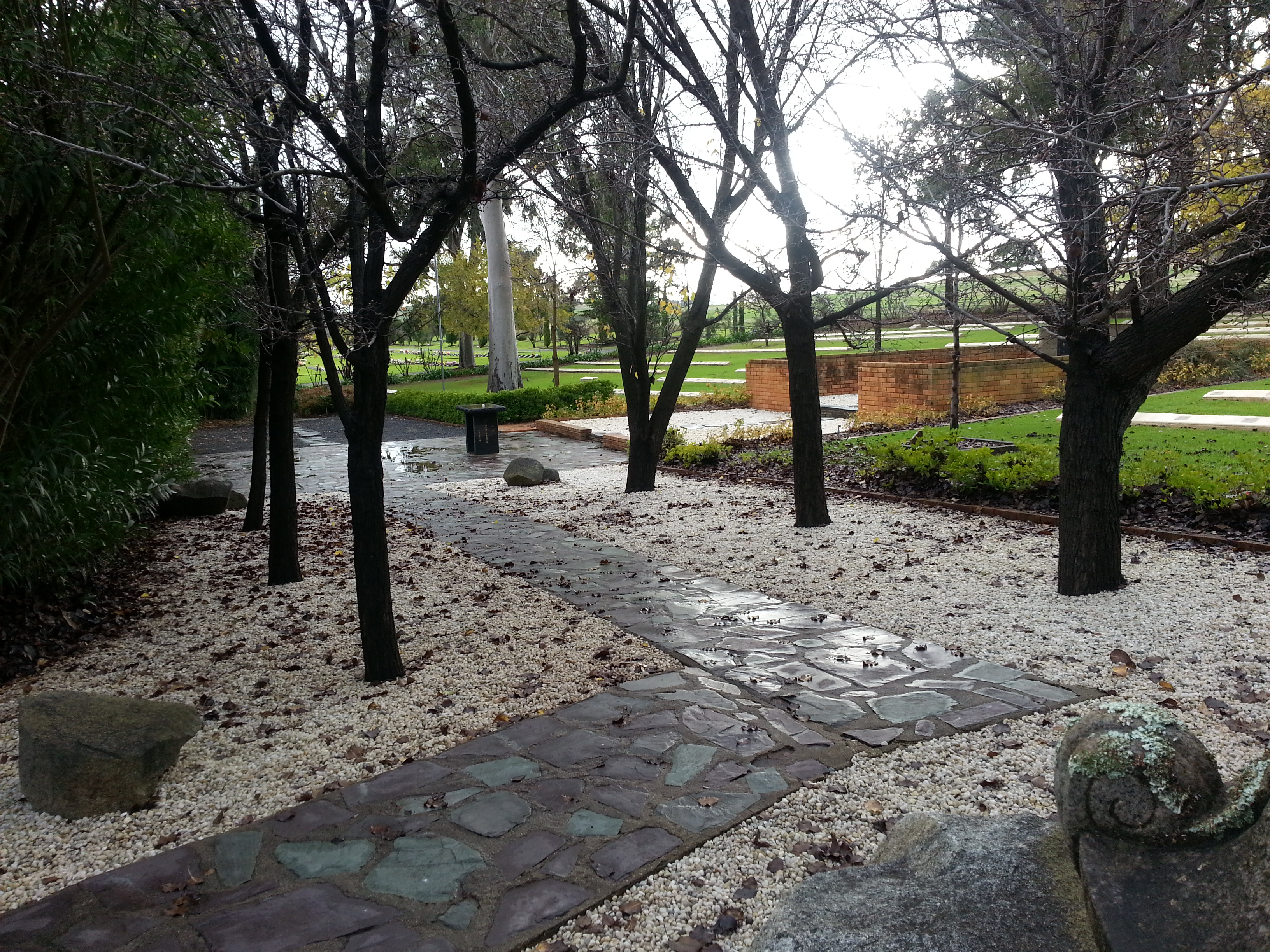 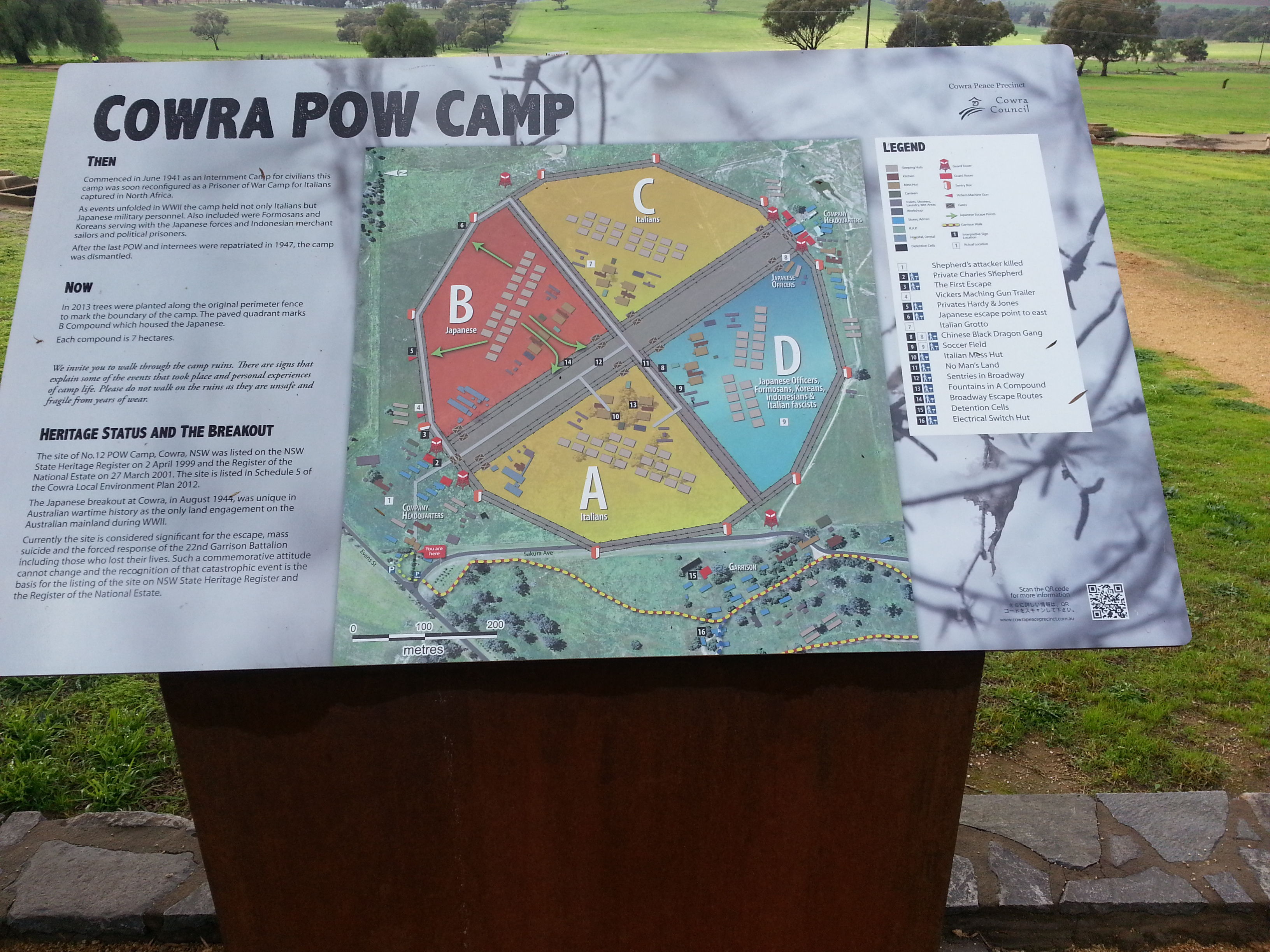 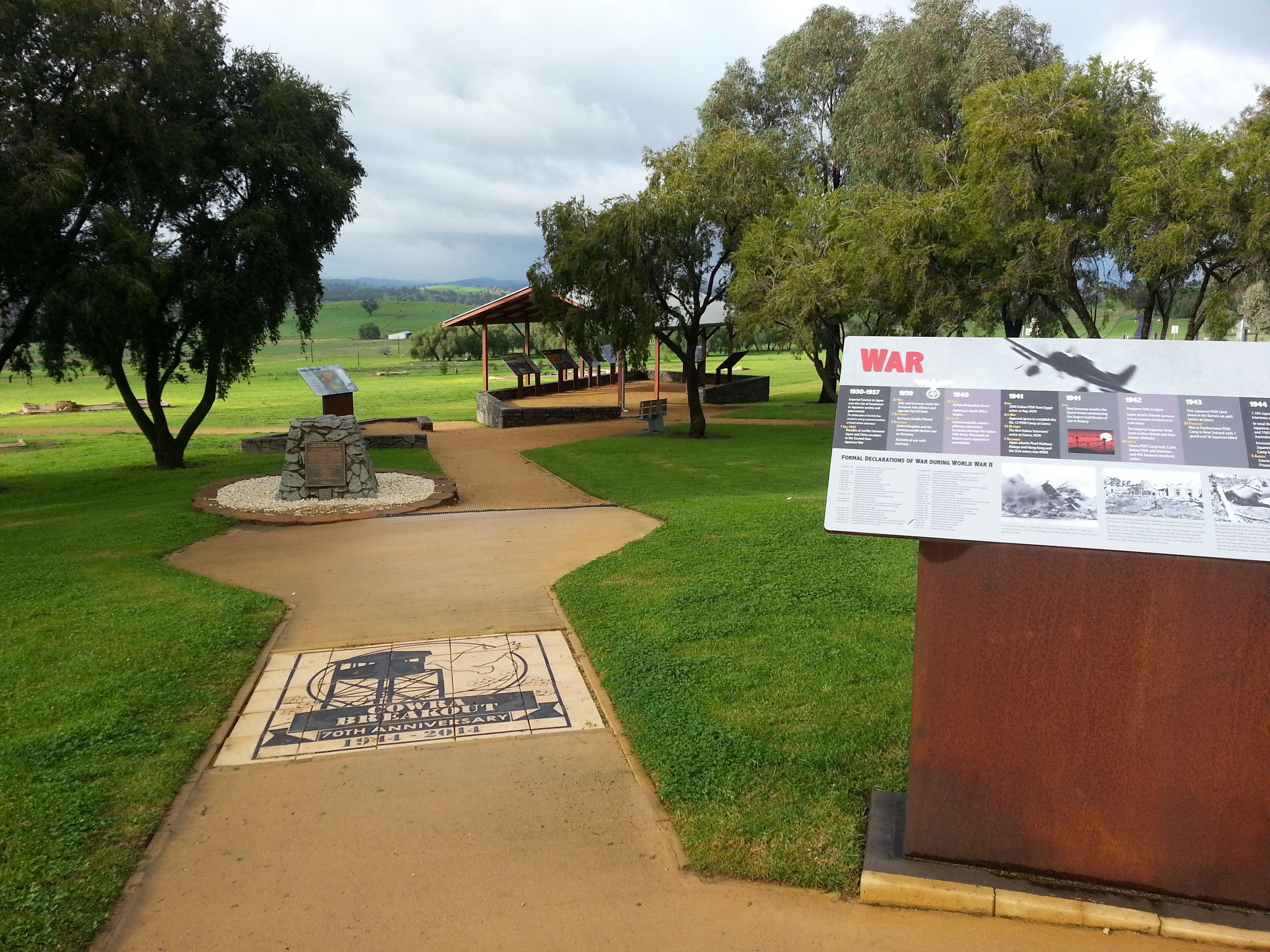 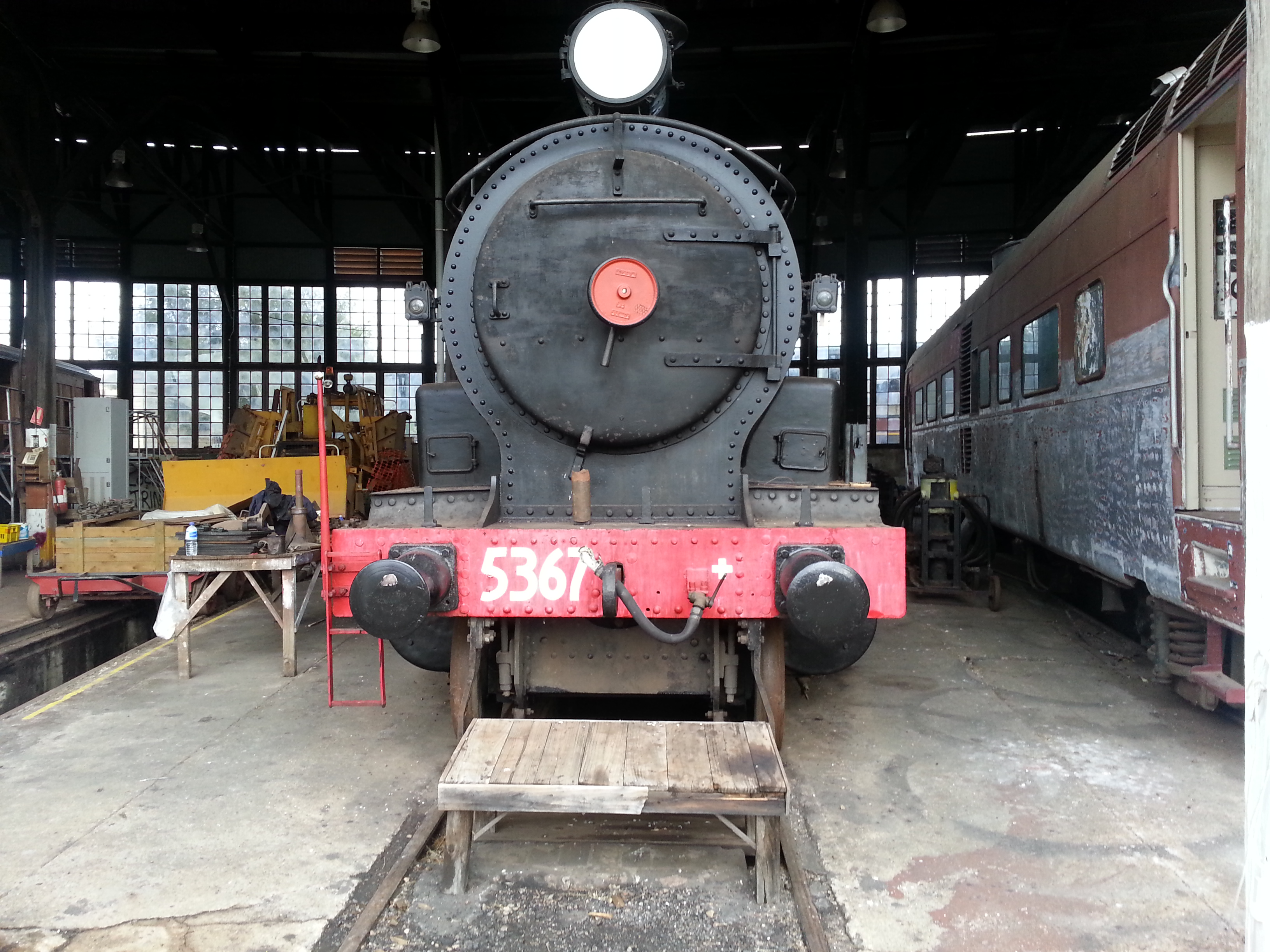 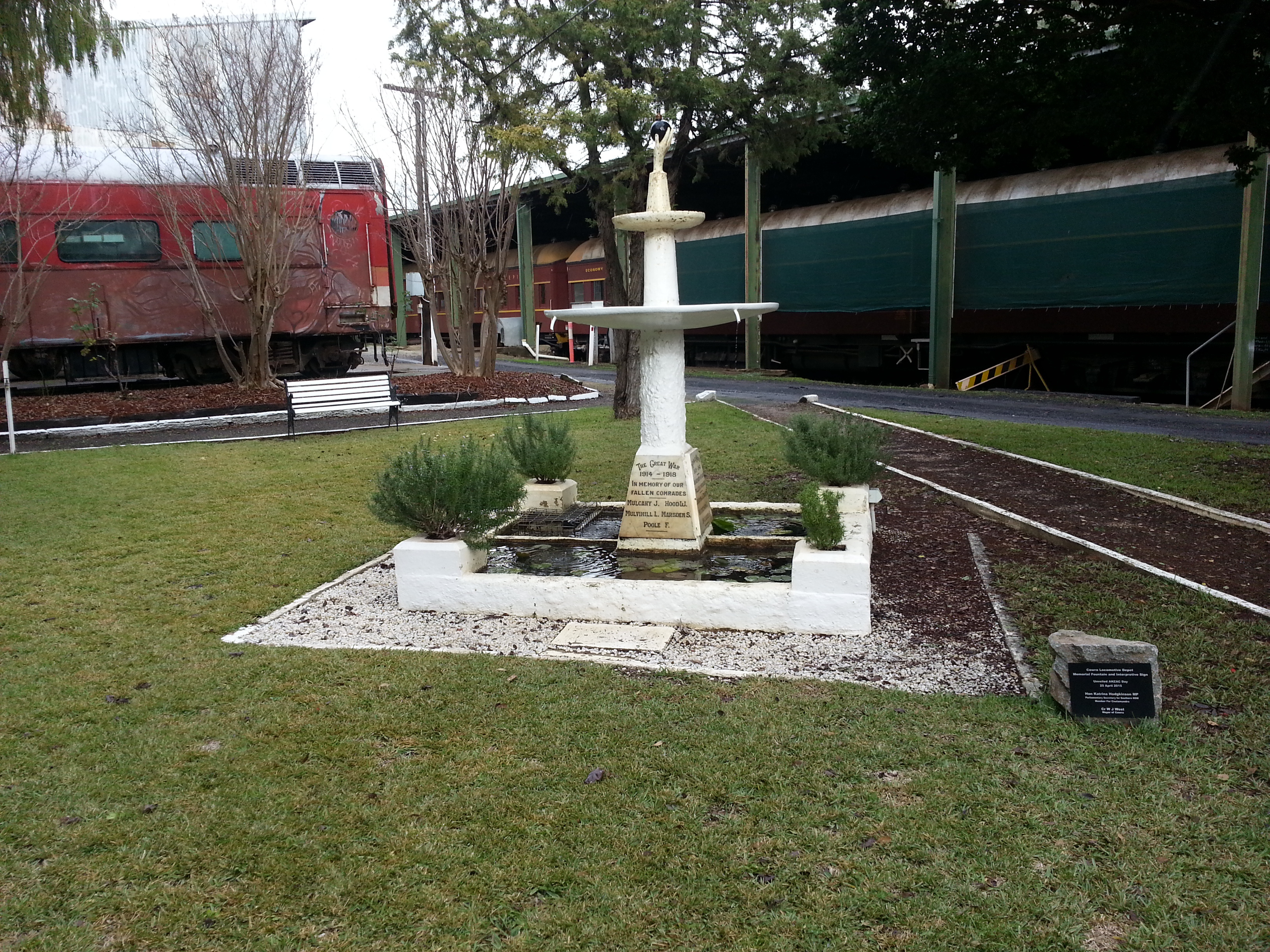 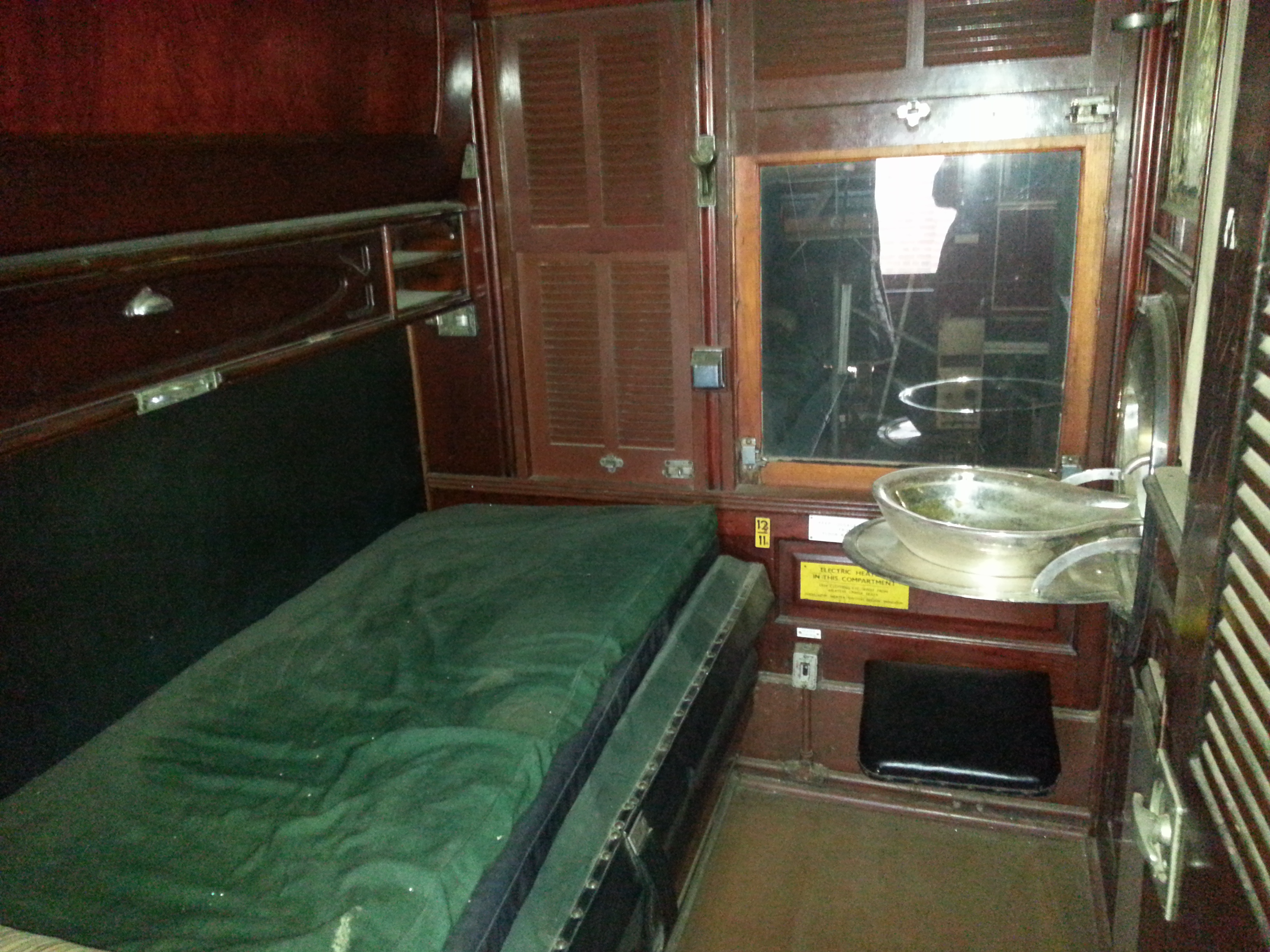 Cowra has many interesting stories to tell and is well worth a visit. Try to stay for a night or two as there’s a lot to explore.

Start your tour with a visit to the Cowra Visitor Information Centre on the Mid Western Highway. A hologram presentation sets the scene with an account of the Cowra POW Breakout in 1944 through the eyes of a local girl.

Then head over to the actual site of the POW Camp site, listed as one of the Top Heritage Sites in NSW, where, in 1944, over 1000 Japanese Prisoners of War (POW) staged a mass breakout—the biggest in British and Australian War History. Over 200 Japanese POW and four Australians lost their lives during the breakout. A walking trail goes through the camp ruins and a scale model of the camp can be viewed at the Visitor Centre.

The 231 Japanese soldiers who died in the escape were buried in the nearby Cowra Japanese War Cemetery and local members of the Returned Serviceman’s League tended their graves. We were surprised to discover that the Cemetery contains the remains of all Japanese prisoners of war who died in Australia during WWII, including internees from other parts of Australia and those involved with the battle of Darwin.

Over the years as descendants of the buried Japanese POWs visited the Cemetery and witnessed the care and respect shown in maintaining the graves, a mutual respect developed between Japan and Cowra. In the early 1970s the idea of a garden as a symbolic representation of the landscape of Japan was conceived as a fitting memorial to the Cowra Breakout. We didn’t have time to visit the 5 acres of rolling parkland that makes up the Japanese Garden and Cultural Centre on this short trip, but it is top of the list for a return visit in Spring.

Another site to visit is Australia’s World Peace Bell on Darling Street near the Council Chambers. The Peace Bell is a replica of the one that stands in the forecourt of the United Nations Headquarters in New York as a reminder of the continual need for all nations to work for peace. The Australian World Peace Bell was awarded to Cowra in 1992 for its long standing contribution to world peace and international understanding.

But there’s more to the history of Cowra than the POW camp and Cowra Breakout. The Cowra Rai; Heritage Centre at the Lachlan Valley Railway is a living railway depot where locomotives and carriages are continually being restored. We were delighted to be given a tour through several sitting and sleeping carriages.

Our guides regaled us with stories of Cowra’s Railway Soldiers and the Railway’s one-of-a-kind War Memorial fountain—it’s made entirely out of old train parts!

Finally we viewed the workshops where locomotives and carriages were being restored.

We just scratched the surface this time, but we’re looking forward to a return visit when we’ll have time for a leisurely wander around Cowra and its many attractions.