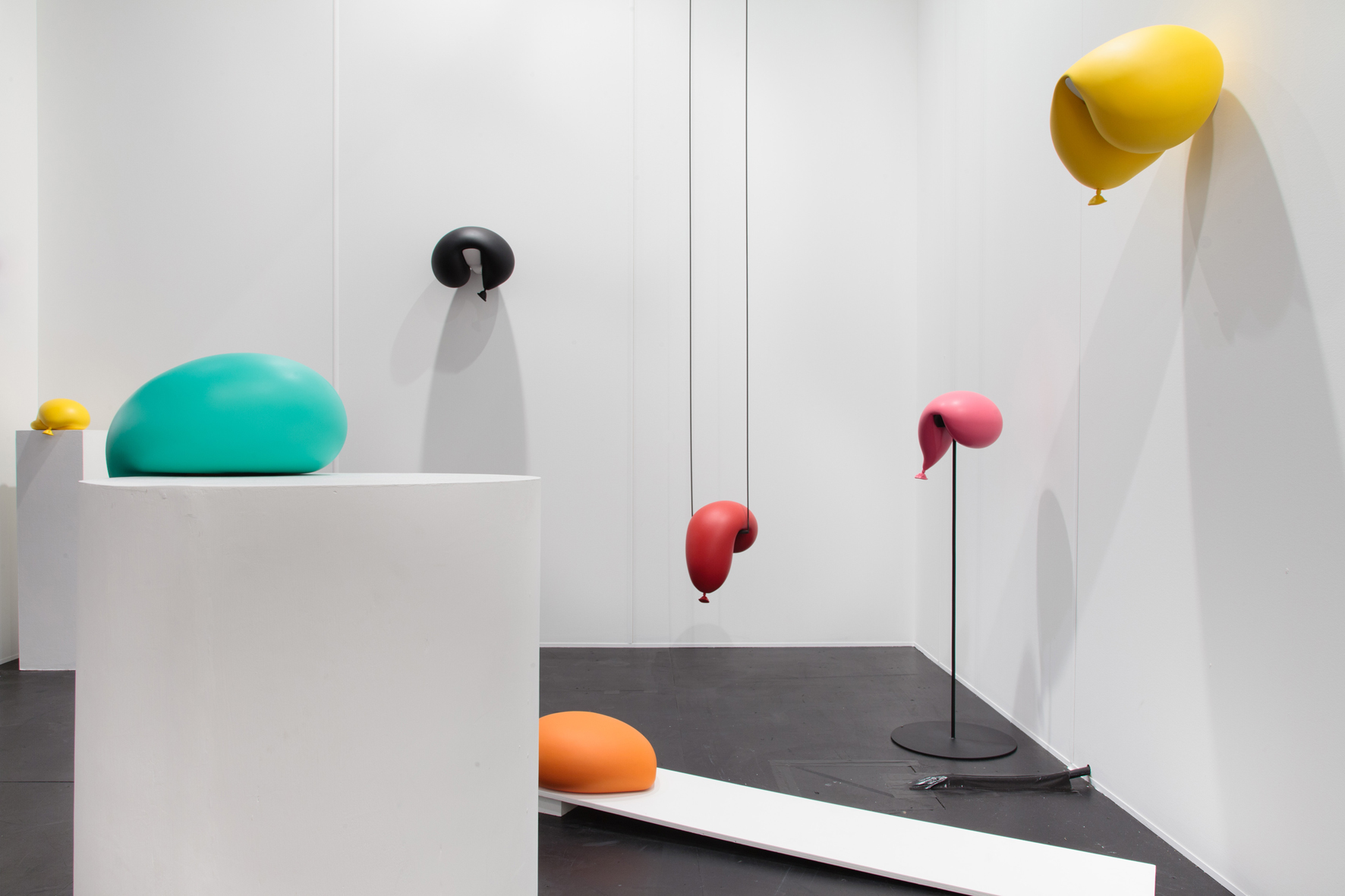 For three and a half days in September, Carriageworks was overtaken by the inaugural Sydney Contemporary; coined as Australia’s new International Art Fair.

There’d been a lot of buzz in the lead up to the Fair–not to mention substantial advertising efforts–with chatter debating two schools of thought: Is the Sydney market culturally and economically ready for this? versus Sydney is a world-class city, why hasn’t this happened sooner?

These comments were typically followed by comparisons to the long standing Melbourne Art Fair, running solidly for the past 20 years, and whether Sydney Contemporary will be successful enough to roll out as a biennial Art Fair in the future.

So M&G NSW went to see what the fuss was about.

Carriageworks was packed on Saturday, already a notable achievement at $20 per entry. There was an interesting mix of visitors from the usual art-industry suspects to Converse-clad university students, what appeared to be potential first-time art buyers and the general curious public. Many of these were lugging around freshly bought produce and flowers from Eveleigh Farmers Market just outside–making for a great vibe around the entire precinct.

One couldn’t help but “umm” at the Julia deVille taxidermy animals, or “ahhh” at the large Dale Frank paintings, or giggle at Todd Robinson’s playful saggy balloon sculptures.

Now, let’s be clear – Sydney Contemporary is a retail Art Fair aimed at showcasing and selling art. It is not the carefully curated exhibition you would see at an art gallery, so it felt a bit like a large and expensive shopping hall with over 80 galleries and 300 artists.

But what really stood out was the exceptional quality and complexity of Australian artwork when compared to fellow international counterparts. One couldn’t help but “umm” at the Julia deVille taxidermy animals, or “ahhh” at the large Dale Frank paintings, or giggle at Todd Robinson’s playful saggy balloon sculptures.

Carriageworks has since reported over 28,000 visitors to the art fair, exceeding numbers seen at the similar Art13 held in London in February this year. Whether the Art Fair was a financial success for artwork sales is yet to be determined, but judging by the number of people engaging with the artworks and commercial galleries, at minimum, Sydney Contemporary has spread awareness and sparked interest in home-grown contemporary art.

And we’ll put our money on it happening again in 2 years as planned!

Watch an interview by Das Platforms with Barry Keldoulis, the man behind Sydney Contemporary