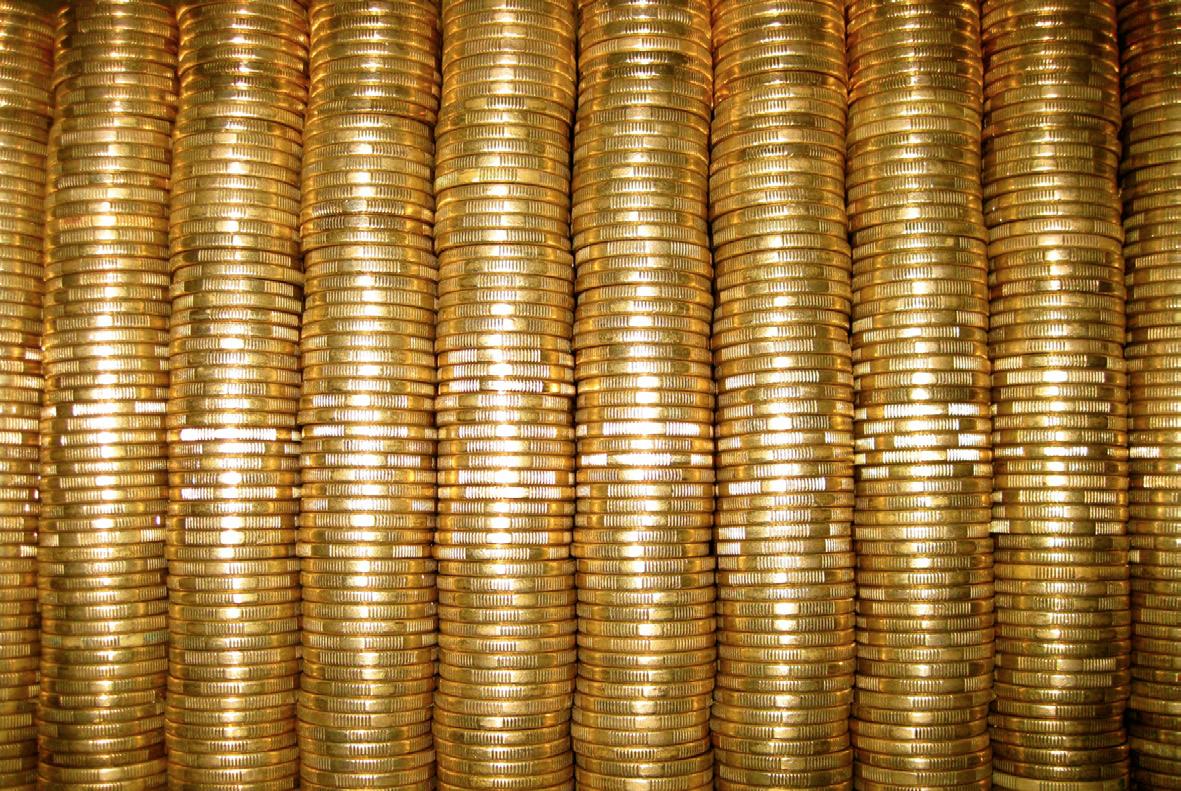 Andrew Liversidge, IN MY MIND I KNOW WHAT I THINK BUT THAT’S ONLY BASED ON MY EXPERIENCE, 2009, detail, 10,000 $1 coins (AUD). Courtesy of the artist and The Commercial, Sydney.

As part of their exhibition The Financial Report, Artspace ran a successful Pozible campaign to get funding for additional talks by financial experts, academics and artists.

It was a perfect move for the contemporary art space: The Financial Report addresses the tension between art and commerce with a range of self referential works exploring cultural and capital value in the art industry. Likewise, Artspace’s Pozible campaign was a bold experiment to find out what happens when an arts organisation pursues crowd sourced financial support. By doing so, the gallery actually became a very public participant in their own exhibition.

M&G NSW sat down with Michelle Newton, Deputy Director and Caraline Douglas, Communications and Publications Coordinator to discuss the joys and risks of crowd funding.

M&G NSW: So I presume a key reason for trialing Pozible was it matched the themes of The Financial Report.

Michelle: Caraline suggested we use Pozible because of the conceptual tie-ins with The Financial Report exhibition, but we had to figure out exactly how to make it work. We can’t use Pozible to fund our core operations for two reasons. First, Pozible only supports project-based activity and second we didn’t want to give the impression that we were raising money for programs that should be covered by core funding. Therefore, the Pozible campaign was well suited for the series of talks.

M&G NSW: Do you mean that the talks fell outside what is already funded by Arts NSW?

Michelle: That’s right. These talks are something new for Artspace because they are more lateral expansions on Mark’s curatorial rationale. We invited guest speakers who are experts in their respective fields to discuss aspects of financial markets and the economy in a broad sense. These ideas fall outside everyday areas of research for most in the contemporary art sector, and that we at Artspace have little to no expertise in.

Obviously you want to set an ambitious target but you also have to be realistic. Watching other successful campaigns achieve their targets, you see how they rely on their own personal networks.

M&G NSW: What preparation did you do before embarking on your campaign?

Michelle: Much of the information is embedded on the Pozible website so we quickly understood the parameters. One of the first things we discussed was our target amount. We oscillated between $1500 and $2000. Obviously you want to set an ambitious target but you also have to be realistic. Watching other successful campaigns achieve their targets, you see how they rely on their own personal networks. Based on what we thought we could achieve through our existing social networks and media traffic we agreed $1500 was most realistic.

M&G NSW: Were you concerned about the risk?

Michelle: It’s so public and you don’t want to see the project fail. We were curious if Pozible enabled users to delete a campaign after it is launched (and if it isn’t looking promising), but you can’t.

M&G NSW: As a warning to those who think it will be easy?

Michelle: Everyone can watch the progress of your campaign. If you’re successfully engaging people then they pay attention and follow the page. Our networks started with the staff, and spread to the Board, and out to our peers and colleagues, then to our friends and even further to our social media friends. We knew we had to keep it on everybody’s radar at all times.

Caraline looked at other successful Pozible campaigns and she realised we had to have a face for the campaign, especially because we’re an organisation.

The hardest part was convincing Mark Feary, the exhibition Curator, to be that face. It wouldn’t have worked otherwise. We felt we needed a recognizable personality for the campaign to create a sense of familiarity. We wanted to catch people’s attention and make it easy to share across social media channels.

And it also meant we had to have a video.

M&G NSW: Tell us about the video. Most of the Pozible videos are a direct address that pitches the project, right?

Caraline: We made our video a little different, especially as we’re not an individual asking for donations for a personal project. We developed a narrative structure built around the concepts of the exhibition.

Michelle: In order to launch Pozible in time we needed to move quickly with the video. It was completely scripted and storyboarded. We shot it in one afternoon, guerilla style all around the city, in locations like the Australian Securities Exchange and Westfield.

For us, the social capital was far more important than any financial success. The video and campaign presented Artspace in a playful, yet conceptual, way and that has in turn been good for our online profile.

M&G NSW: Throughout the campaign did you timetable online updates?

Caraline: We staggered them. Every time we publicized the campaign we noticed we received more donations. If we let it sit dormant we wouldn’t receive any donations.

M&G NSW: What about the rewards? Do you think they helped people put money in?

Michelle: We had to be very careful what incentives we offered because of our Deductible Gift Recipient status. We can’t really offer any incentives to people who donate to Artspace. But rewards are always good incentive, so we had to think creatively about how we thanked people for their generosity.

M&G NSW: Was staff uneasy about using their personal networks to ask for money?

Michelle: Some staff members that have no history of fundraising were quite shy about posting the Pozible campaign on their Facebook page. But eventually everybody ended up supporting it completely. We encouraged staff to personally promote the campaign, as they weren’t asking for money for themselves, but for an organisation they are professionally invested in. So what ended up happening was it sat at the top of the our facebook newsfeed every time we gave it a bump.

M&G NSW: Why was it so important that the project was pushed by individual social networks rather than the organisation’s Facebook page?

Michelle: It’s key to what I think Pozible achieves. The campaign created greater public awareness around the programing so the staff became agents for promoting the exhibition.

For us, the social capital was far more important than any financial success. To be frank, it’s harder to make small amounts of money than it is to fundraise for larger amounts. To make $25 requires more work than it does to make $5000.

This isn’t necessarily the situation for individual artists but for a not-for-profit  organisation it is.

M&G NSW: Was it worth the hours you put in?

Michelle: I would say ‘yes’ for the publicity that it’s generated. The video and campaign presented Artspace in a playful, yet conceptual, way and that has in turn been good for our online profile.

Having said this, it’s probably something Artspace would only consider doing once very three years or so. Much of our immediate community is the artist community and when you see that you’re reaching out to this demographic you don’t want to ask them to support Artspace financially. I think organisations such as ours have to be very particular about what projects we choose because of the inherent risks, but also because they need to choose well-conceived strong themed project.

Michelle: Based on our experience, not really, because we can’t use Pozible to raise funds for our for core program and we need to be strategic in garnering private support. Like all arts organisations, we have a group of stakeholders who support us on a reoccurring basis and we can’t constantly be asking them for support.

Michelle: I think there’s a lot more potential for them and we think crowdsourcing is a great resource for them to tap into.

M&G NSW: Thanks for talking with us today. 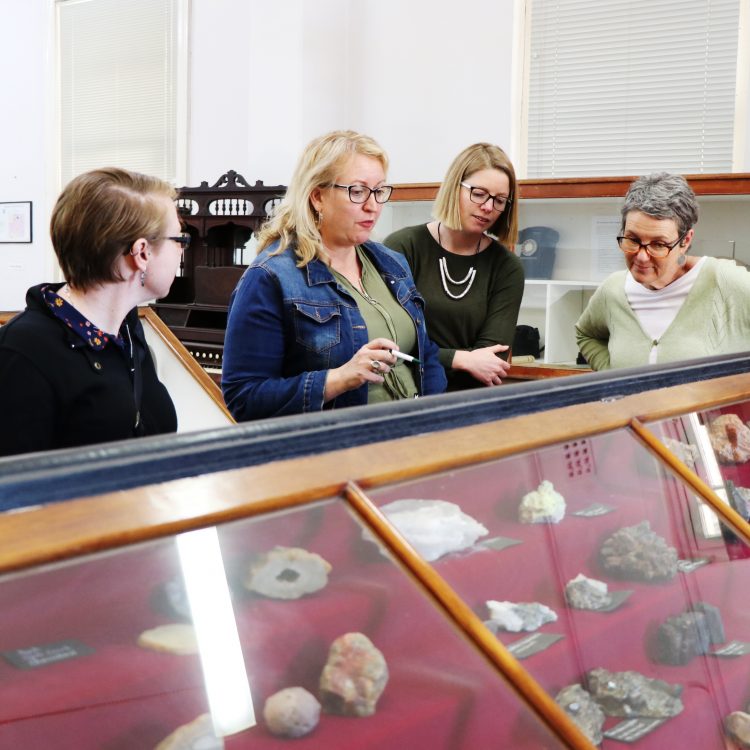 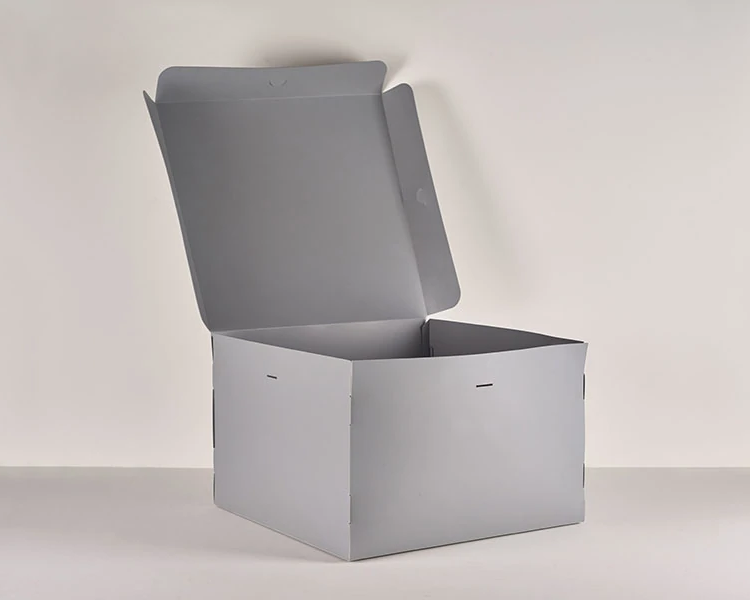 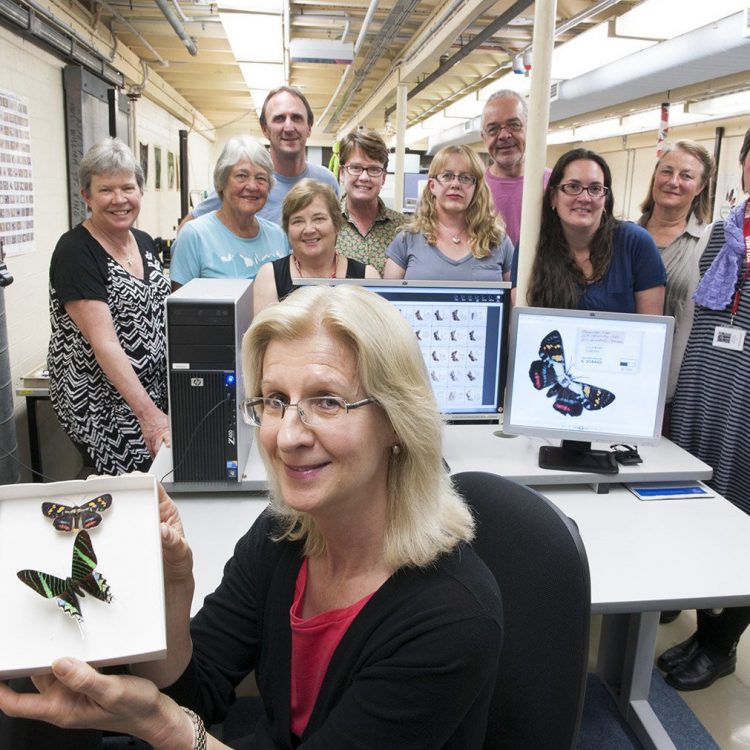 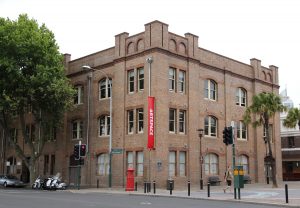