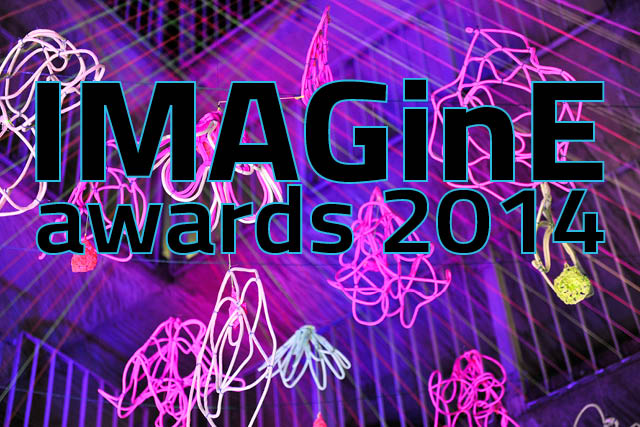 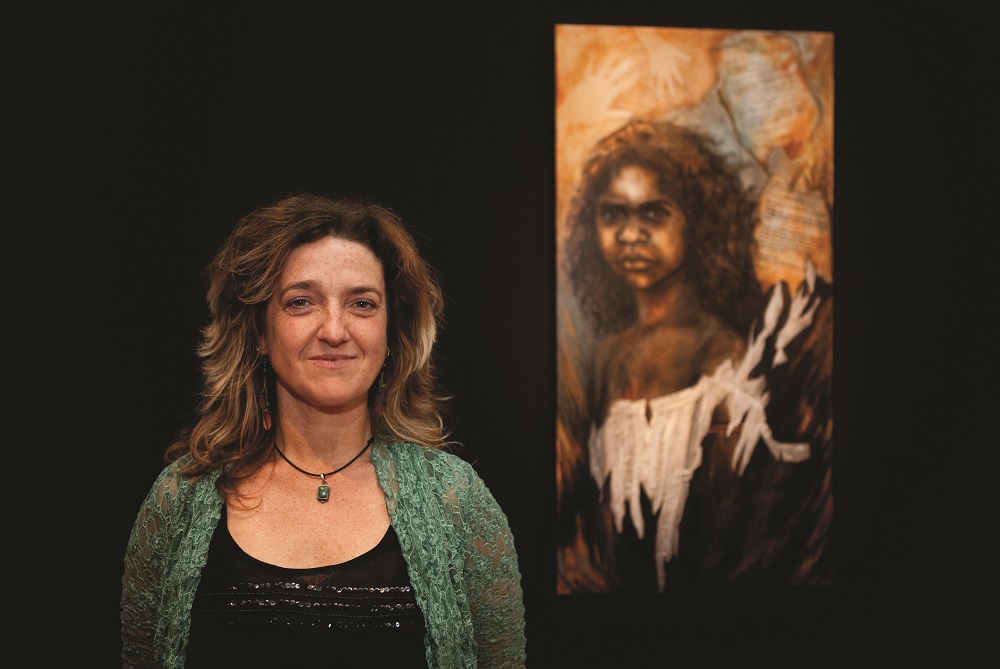 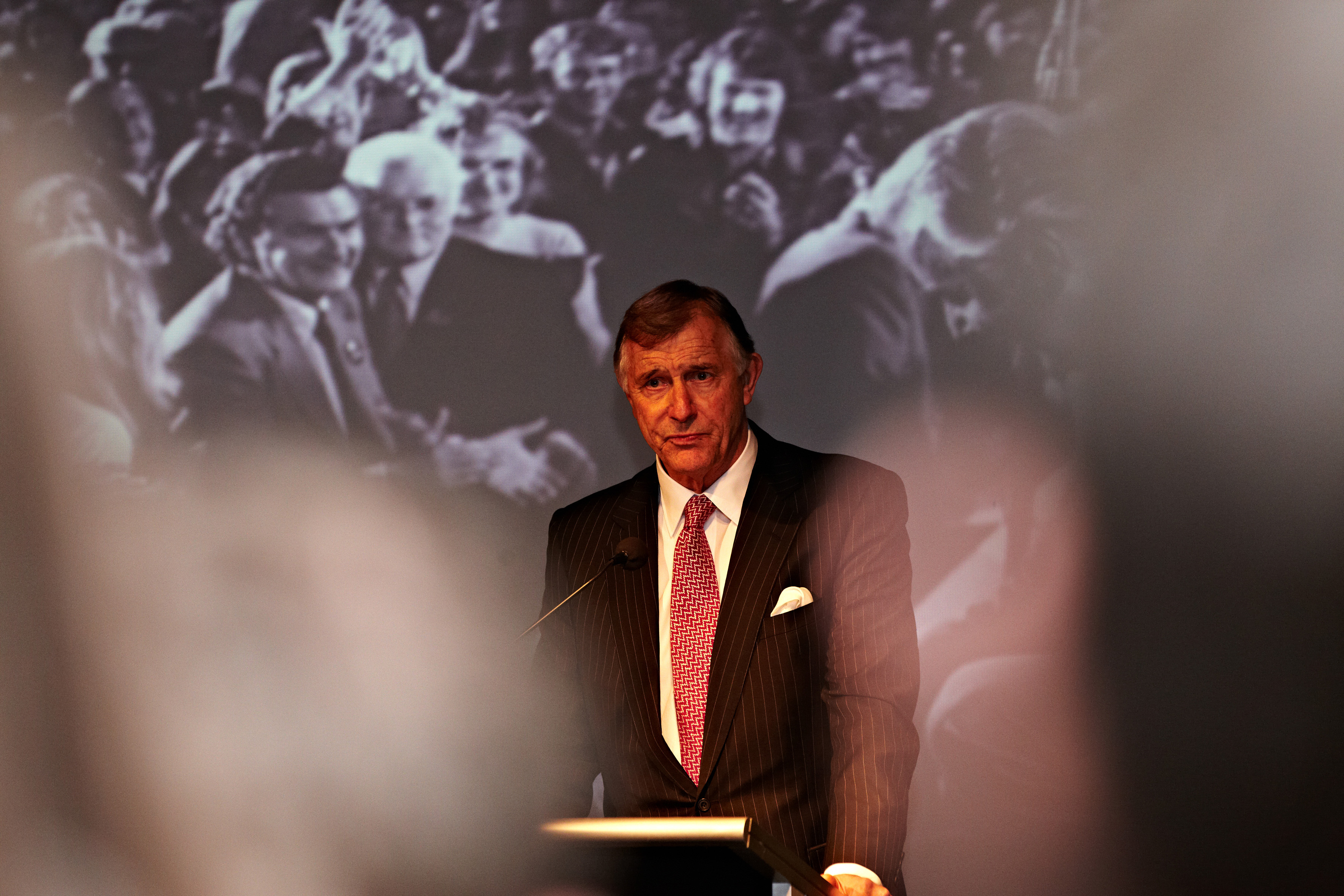 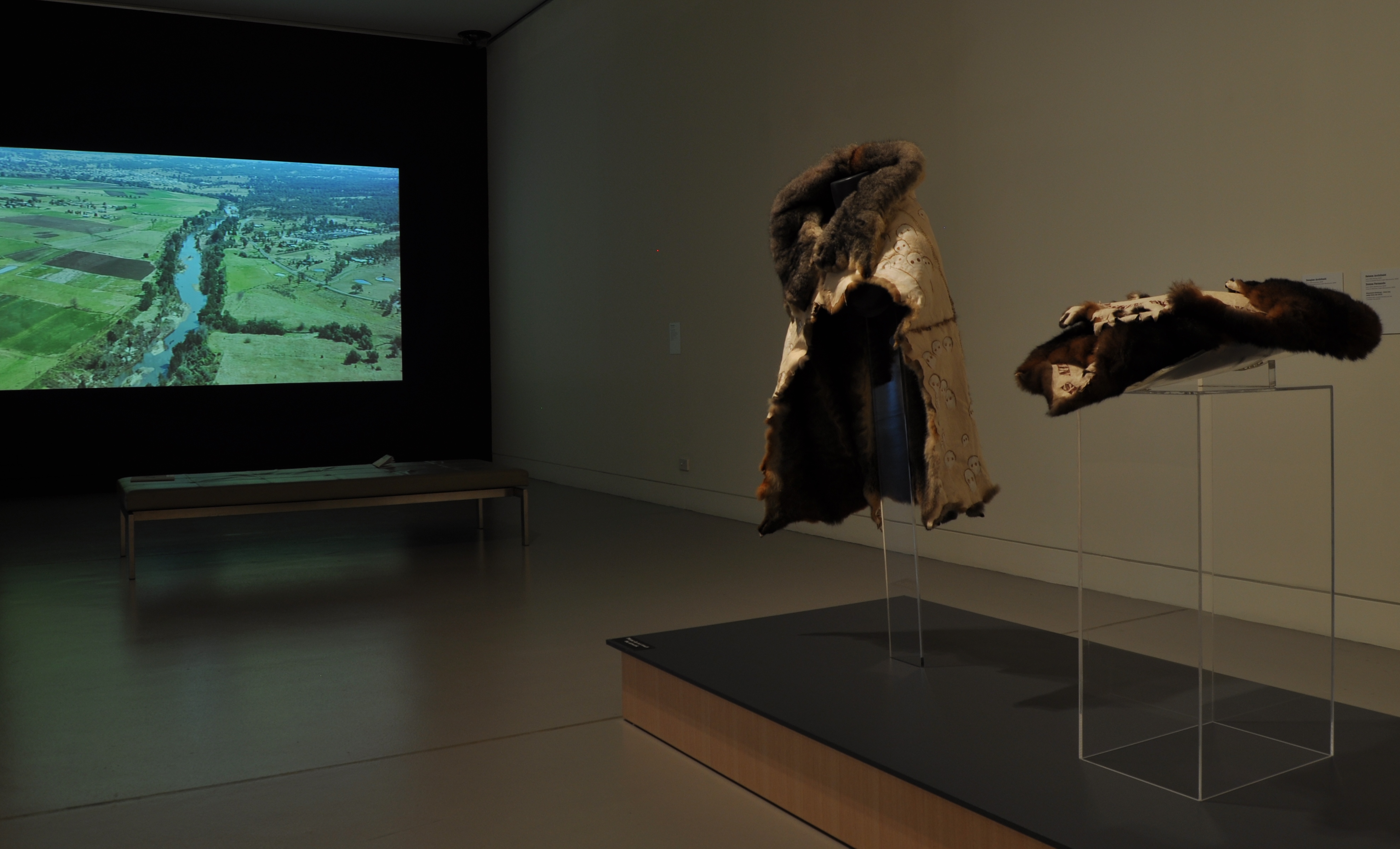 Life in Your Hands: art from solastalgia at Lake Macquarie City Art Gallery. 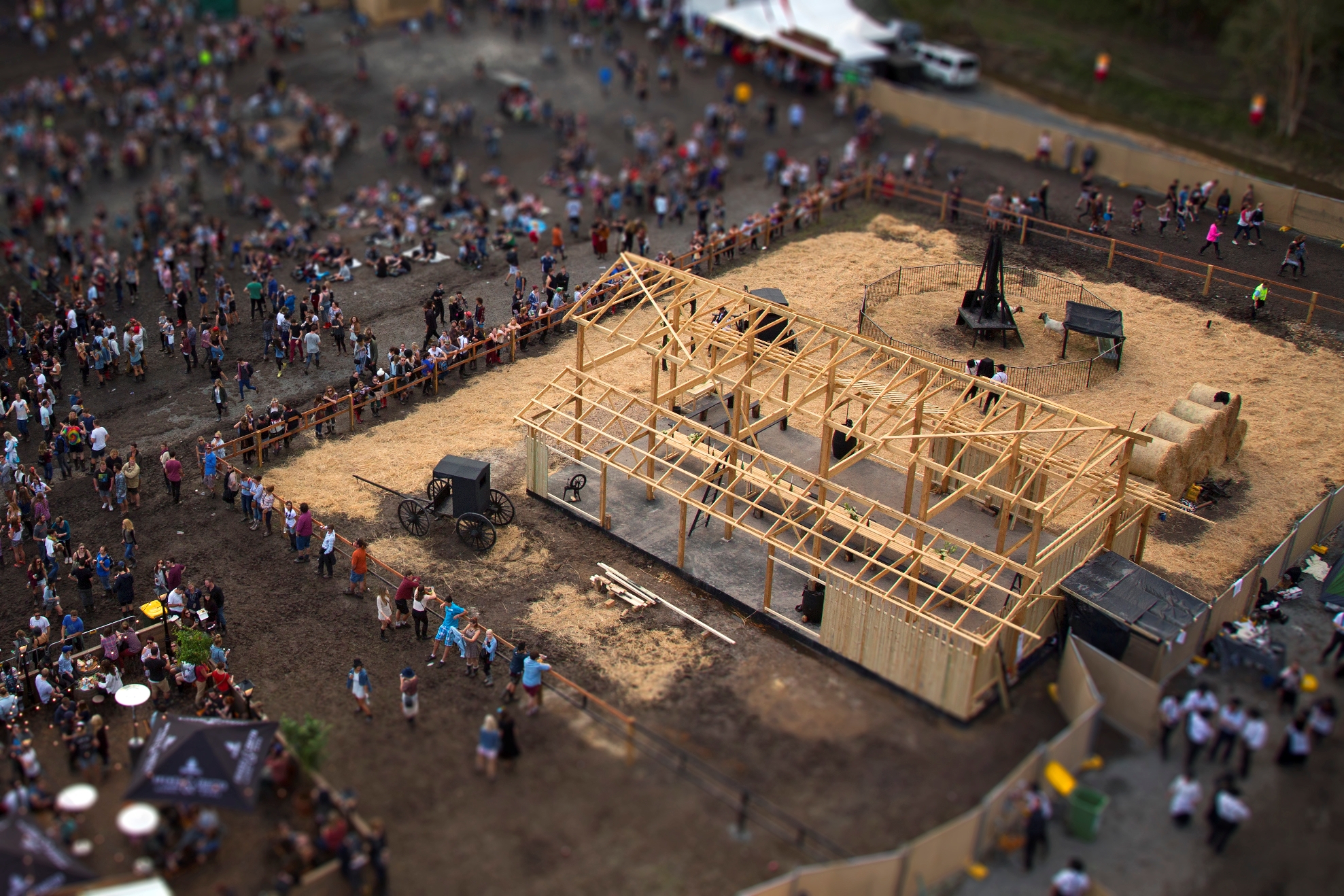 Bennett Miller's project at Splendour in the Grass. 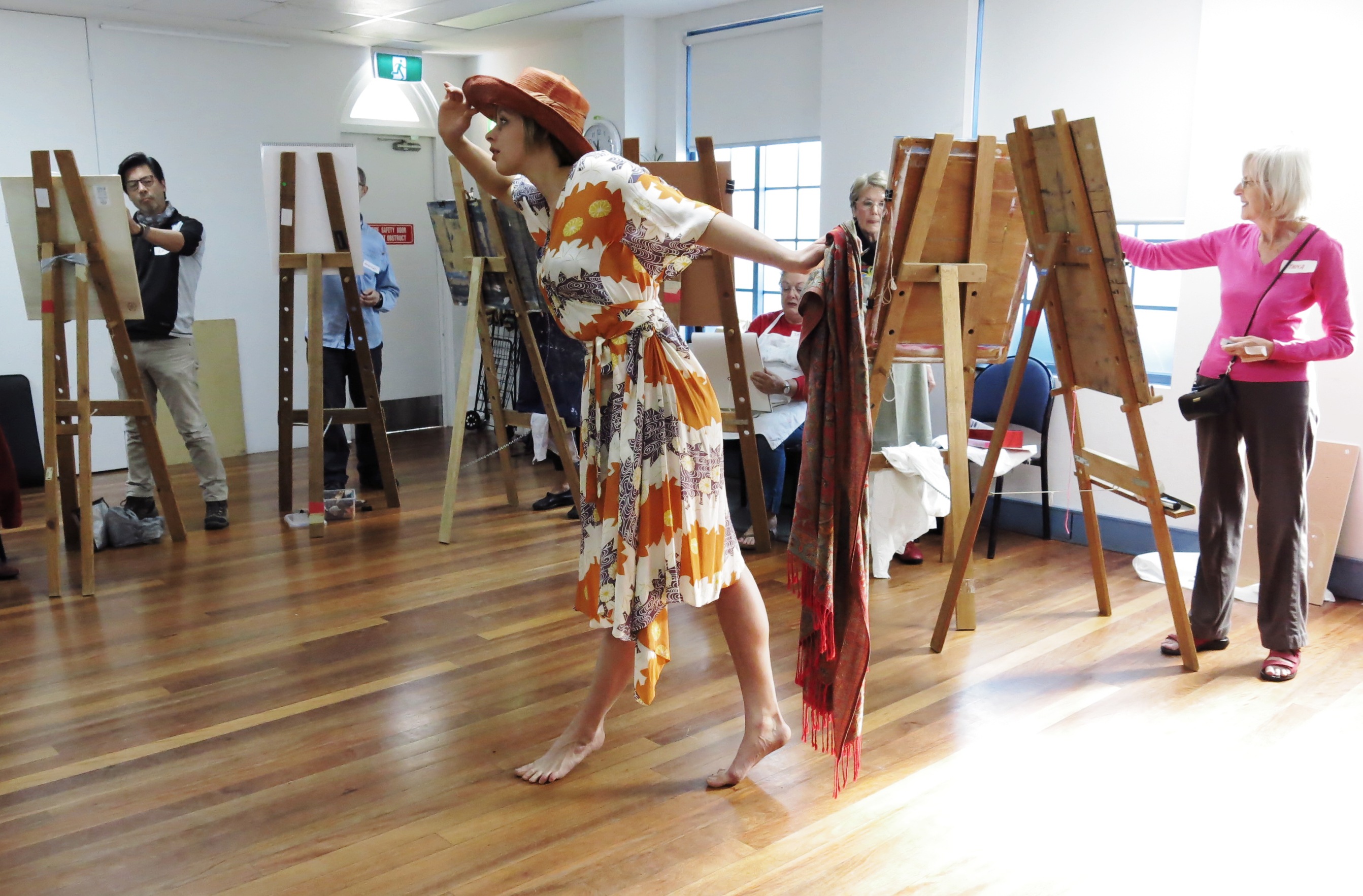 The Margaret Olley Art Centre (MOAC) celebrates the career, life and legacy of its namesake, by combining displays of paintings and objects, an interactive multi-media drawing activity, and a research library and education workshop.

Central to the MOAC is the re-creation of areas of Olley’s famous home studio, principally the Hat Factory, the Green Kitchen and the Yellow Room. Bud Brannigan, architect, was engaged by The Tweed Regional Gallery Foundation to design a scale recreation of Olley’s original Paddington home, including relocated original architectural elements such as windows and doors.

Innovative approaches to visitor engagement have been utilised including a commissioned iPad app which invites visitors to sketch their responses to displayed artefacts, allowing the visitor to save, retrieve print or email their drawing. A series of touchscreens allow visitors to learn about Olley’s practice and specific objects in the re-creation.

The MOAC Kid’s Guide education resource was produced for the MOAC project, as well as a retail adult resource providing excellent information on Olley’s life and practice, and her ties to the Tweed.

The Native Institute was an Aboriginal arts presentation and artistic development program taking inspiration from the The Native Institute established in Blacktown in 1823. The site represents the first formalisation of systematic Aboriginal and Maori dispossession and child removal in Australia; policies which gave way to the Stolen Generations.

The Native Institute site and Blacktown Arts Centre were host to artists’ residencies and a suite of new artworks which reflected on the impact, national significance and legacy of the Institute and its continued relationship to Blacktown’s Aboriginal community. The arists and curators contributed extensively to the project through creative collaboration and development; providing interpretative material; leading workshops with schools; and consulting with the community.

The central concerns of the project were to raise awareness of The Native Institute site, to establish a dialogue with the wider community and argue for permanent recognition of the birthplace of attempted genocide. Due to the success of The Native Institute project, Blacktown Arts Centre has attracted further funding for a second phase in partnership with the Museum of Contemporary Art.

The “It’s time” sloganwas made famous by Gough Whitlam in two speeches he delivered in Blacktown in the 1970s.

It’s Timely was co-curated by Gary Carsley and Paul Howard, who invited ten artists and artist groups to contribute to the creative and curatorial framework of the project, and to develop new works for the exhibition which explored social and culture issues, and the future of Australia as a nation through the lens of Whitlam’s legacy.

The Whitlam Institute supported and collaborated as partner in the project. They provided access to the Whitlam Archive, loaned archival material for the exhibtion, invited Gough Whitlam’s son to open the exhibition, and asked the original speech writer, Graham Freudenberg, to write an essay for the catalogue. Together with the Arts Centre, the Whitlam Institute curated the public program of workshops, talks, youth forum and seminar as part of the Sydney Writers Festival, and a unique writing competition for local school students.

The opening of the exhibition attracted an unprecendented number of visitors, a large proportion being from western Sydney who were visiting Blacktown Arts Centre for the first time.

This exhibition program looked at the ways artists create works from their connection with flora, whether through a literal representation, a borrowing of an organic form or the use of plant material as a medium.

This exhibition explored how flora influences art and design with many of the works expressing strong environmental themes.

The exhibition included one-off workshops and several public programs for adults, particularly directed towards bringing in a new audience of garden enthusiasts to intriduce them to contemporary ‘floral’ art mediums. A dedicated children’s activity room with a program of regular classes was instigated.

Life in Your Hands: art from solastalgia (LiYH) was developed as a national touring project that engaged with environmental issues that have arisen in many communities. Solastalgia, a term coined by Dr Glenn Albrecht, Professor of Sustainability, School of Sustainability, Murdoch University, links environmental stress with the mental health of communities especially when there is an observed loss of connection between the community and the environment that historically sustained groups of individuals.

Visual arts, craft and design practitioners were invited to consult and work with communities suffering from solastalgia to create works specifically for exhibition. This process, and the associated public and education program, examined some of the causes and effects of solastalgia, and the potential for visual art, craft and design practice to contribute to healing through community informed artwork.

The three-day event was part installation, part performance, and involved 70 performers in a barn-raising and a series of daily activities to mimic an authentic Amish community. The setting included two wagons, a goat pen and other static components in order to contrast two extreme codes of behaviour; the hedonism of the festival environment alongside the honesty and modesty of the Amish.

Given LRG’s relatively small gallery space, and with only three full time equivalent staff, the initiative was aimed at presenting new forms of practice offsite to extend programs and awareness of the organisation. 2014 will see extend the program further with a second incarnation of Miller’s theme: Rumspringer.

Affinities: 7 Museums, 50 Objects unveiled stories and insights into the tastes of different societies, and revealed the cultural values whihc shaped Macquarie University’s extraordinary collections since the institution’s foundation50 years ago.

Affinities stemmed from the idea that artworks, objects of scientific and historical enquiry, and artefacts of the ancient world, provide rare and spectacular windows into the natural and constructed worlds.

Audiences were in general amazed by the objects in collection, many of which had never been on display. Through a weekly lecture series audiences were able to see the way objects from very different museums created overlaps and narratives attune to the contemporary world.

The exhibition was particularly popular with participants in the Art and Dementia program who easily related to the variety of material and associated narratives on display.

Sydney artist, Kate Downhill, is the daughter of one of the British scientists who developed and tested the H bomb in Maralinga. For Chain Reaction, Downhill presented 44 paintings on the theme of a Cold War childhood, reflections on 1950s culture, and responses to  Australian landscapes where the various tests were held.

Narratives were gathered from personal histories, family recollections and memorabilia, eye witness accounts, media accounts and research into newly declassified government documents. The exhibition incorporated original documentary film and photographs from the Atomic Weapons Research Establishment, never before published the incorporation of which produced a strong body of work that records the transformative states where healing and the act of remembrance brings communities together.

The leading art historian, curator Christine France conducted several interviews with the artist and produced a scholarly catalogue essay which covered the historiography of the paintings and archival documents presented in the exhibition.

The exhibition was launched to coincide with the 60th anniversary of the “Totem” tests at Maralinga. Chain Reaction provided a fresh, personal and challenging perspective on this important historical event of national significance.

Celebrating the achievements of the internationally trained and successful artist Hilda Rix Nicholas, the exhibition explored her time in Tangier, her work as a war widow artist, and the profound influence her European experience had on her early 20th century work.

The public program included artists Anne Cape and Hayden Wilson who conducted workshops titled Strike a Pose: Drawing the costumed figure and Painting along the foreshores of Mosman.

The textiles represented a shared passion for collecting and the tangible manifestation of the cultural and tourism exchange between Australia and Indonesia. The exhibition was part of a integrated curatorial strategy by Mosman Art Gallery to have deep and sustained engagement with the art of Asia.

The exhibition was successful in attracting new visitors with a special interest in Indonesia and textiles to the Gallery.

Fifteen established and emerging artists from a range of contemporary art disciplines developed a series of site-specific artworks by in response to the military sites at Middle Head and the heritage of the area.

Significant for its Aboriginal heritage, military history, association with key art movements, its strategic positioning and its range of compelling aesthetics and experiences, the project provided the opportunity to critically examine and respond to this remarkable site.

The Middle Head: 33° 50’ S, 151° 14’ E project sought to develop strategic partnerships and reinvigorate the supportive climate for creative industry initiatives the area was historically reknowned for.

PENRITH REGIONAL GALLERY AND THE LEWERS BEQUEST: WONDERMOUNTAIN – LANDSCAPE OF ARTIFICE AND THE IMAGINATION

Wondermountain, curated by Joanna Bayndrian, sought to introduce regional audiences to movements in Australian and Chinese contemporary art, increase visitation by Chinese Australians to the gallery, and to provide opportunities for early career artists.

This was the first kind of project to take place across the region, bringing high quality tutors into schools in a hands-on capacity. The workshops encompassed a 215 km radius and involved a total 2,185 students and 9 artists.

Positive outcomes of this project include partnerships between artists and schools, increased student engagement, skill development, and increased community understanding of Living Culture.