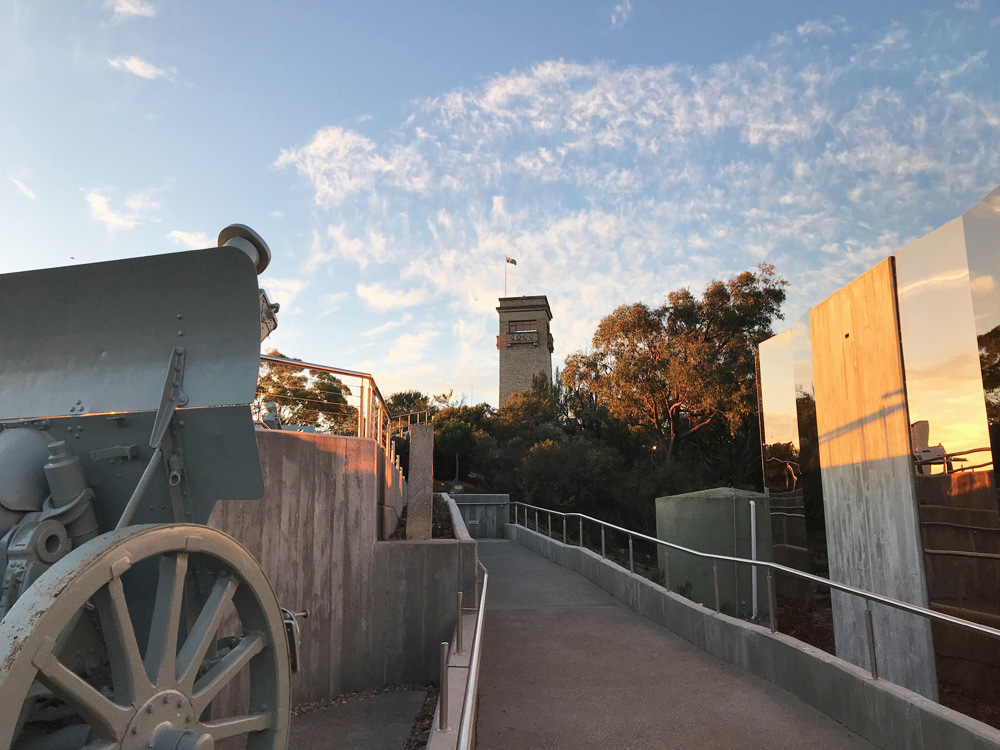 Rocky Hill War Memorial opened in 1925 as a lasting tribute to the men and women of Goulburn who served during World War 1.

Sponsored by the community and designed by renowned local architects, E C Manfred and Sons, the memorial tower is constructed of concrete and clad in local stones – some of which was carried to the site by local residents and returned servicemen as part of ANZAC Day commemorations in 1923.

Located on a prominent rocky outcrop the memorial is a must to visit with the viewing platform at the top of the tower providing a spectacular view over the city and surrounding areas. The tower is a well-known and iconic representation of Goulburn and a significant landmark to the local community.

A small museum opened in the basement of the tower in 1927 to house a substantial collection of war trophies allocated to Goulburn in 1920, 1922 and 1926. The museum remained open to the public throughout the 20th century with the collection growing significantly over this time. In 1999 the entire collection was moved into the re-purposed onsite care-takers cottage. A new state of the art museum building opened alongside in June 2020, more than doubling the exhibition space and providing a large open area for public programs and events.

Rocky Hill War Memorial and Museum was awarded a Tripadvisor Travellers’ Choice Award in September 2020 – placing it in the top 10% of attractions worldwide.

Or see a preview of our opening exhibition on our new online platform that is being developed to house our future digitised collections.

Also open 10am - 4pm all school and public holidays