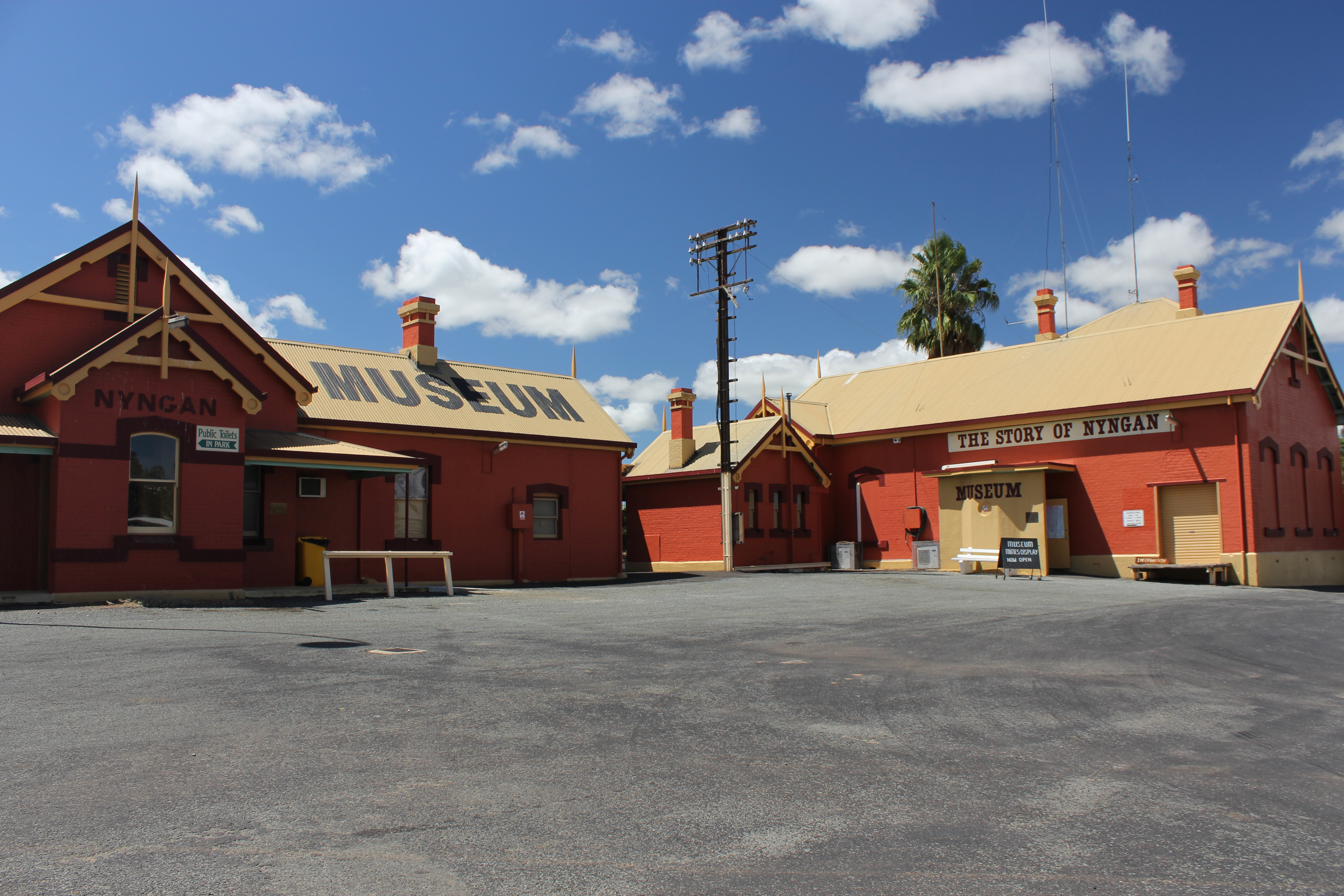 In 1992 Nyngan Museum opened its doors but the official opening was performed by Laurie Neville from Radio 2CR  (Orange) on 24th May 1994.

The 1990 Flood destroyed many historical items and personal belongings of the townspeople so the Museum was established to gather and preserve historical data and artifacts for future generations.

The Museum is housed in the heritage listed Railway Station. On display is the railway switchboard, railway lanterns and much more.

The history of the Bogan Shire dates back to the Major Mitchell Expedition in 1835. On 10 May 1835 Mitchell and his party camped on the Bogan River at “Nyingan” (named by Mitchell – Aboriginal for “long pond of water”) and a cairn marking their camping spot is located in Rotary Park.

An   information board telling the story of Mitchell’s Expedition is located at the Museum on the  Railway Platform. Major Thomas Mitchell was the first explorer in the Nyngan area and he surveyed and mapped the area.

Botanist Richard Cunningham, who was travelling with the expedition, was killed by Aboriginals on the 8th April 1835 and his grave and story is located approximately 60km from  Nyngan. Day trips from the Museum to  Cunningham’s grave, the Dandaloo Historic Church, and Tottenham Historical Society are able to be arranged by the Museum volunteers.