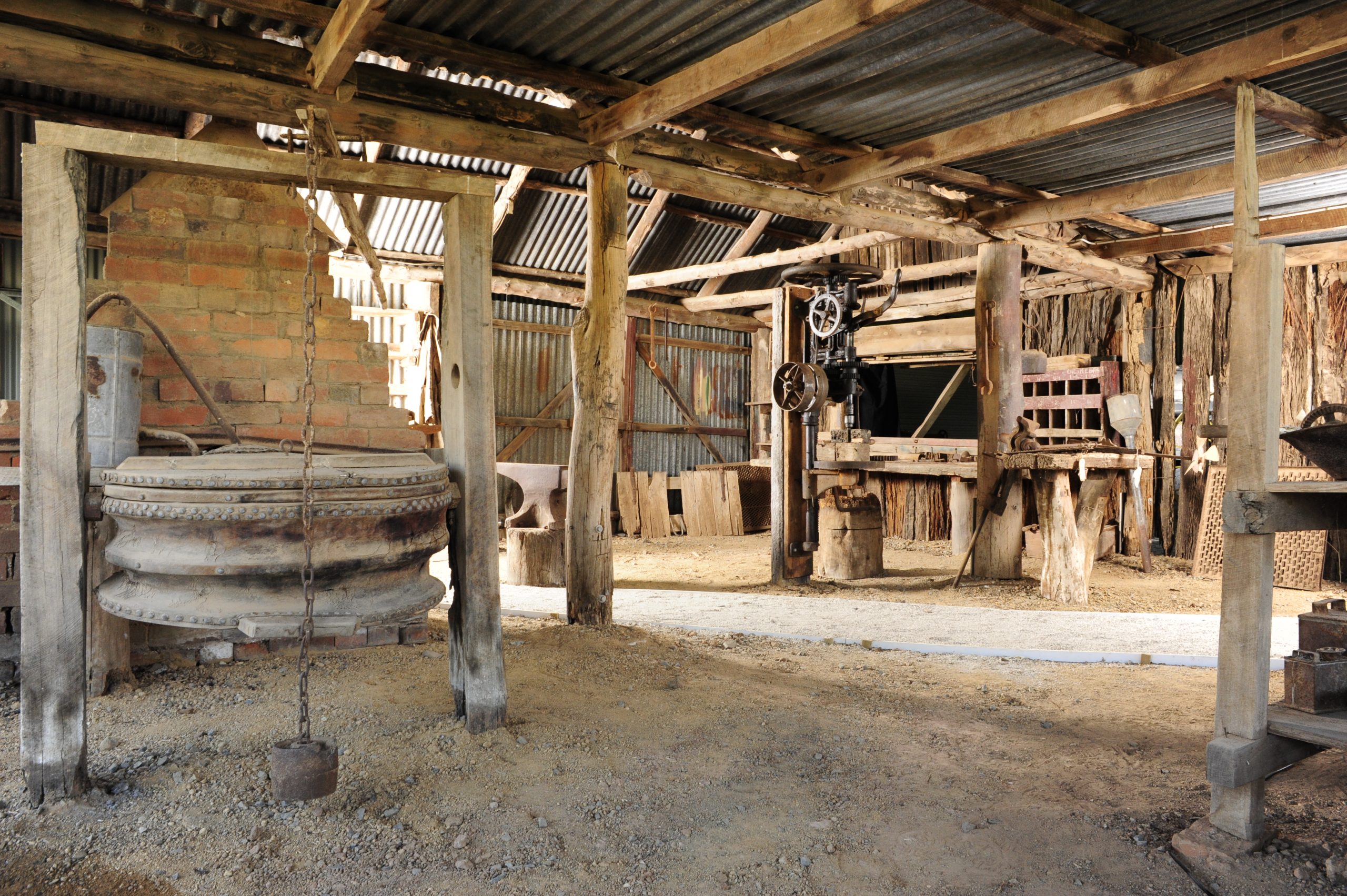 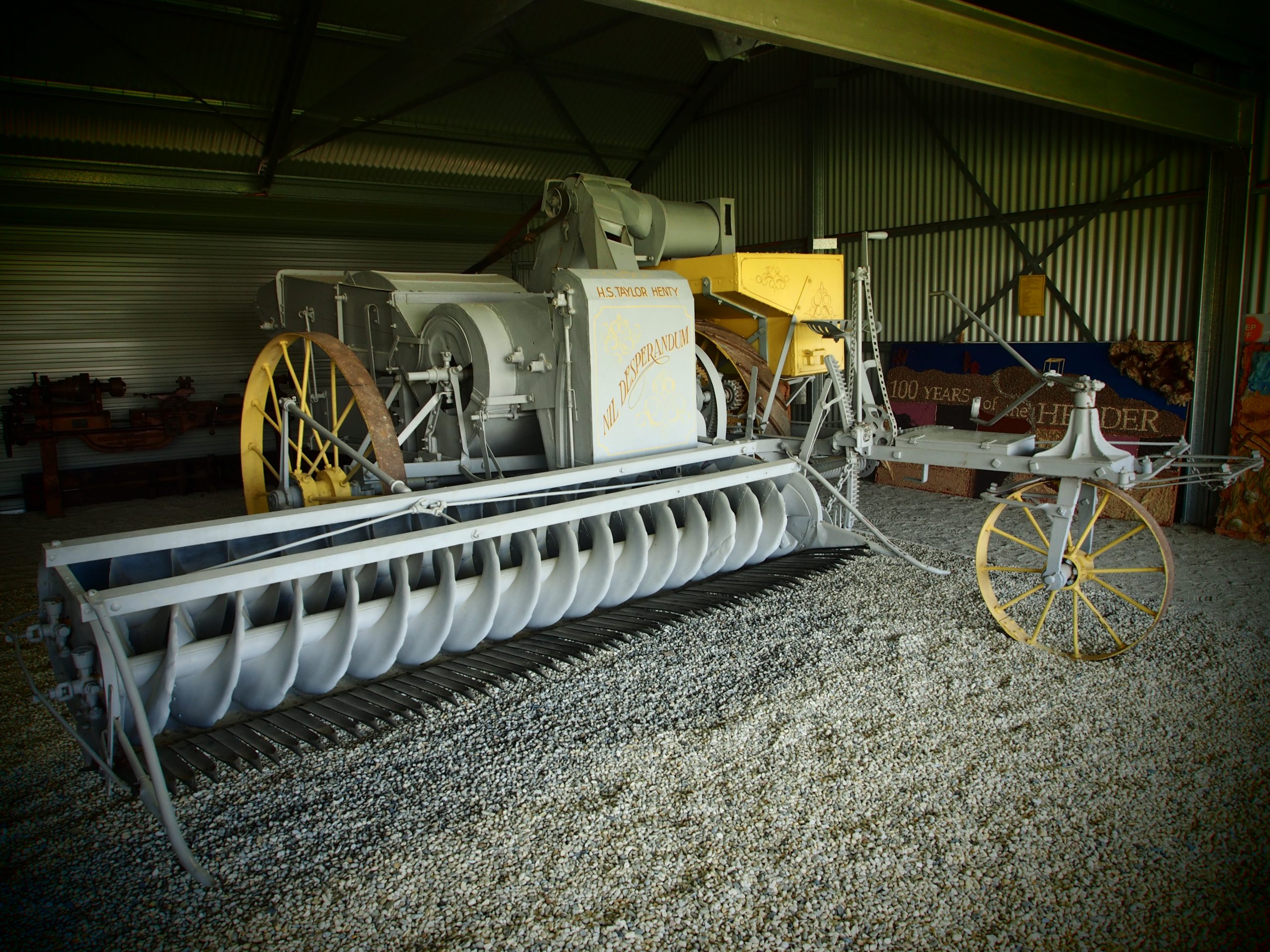 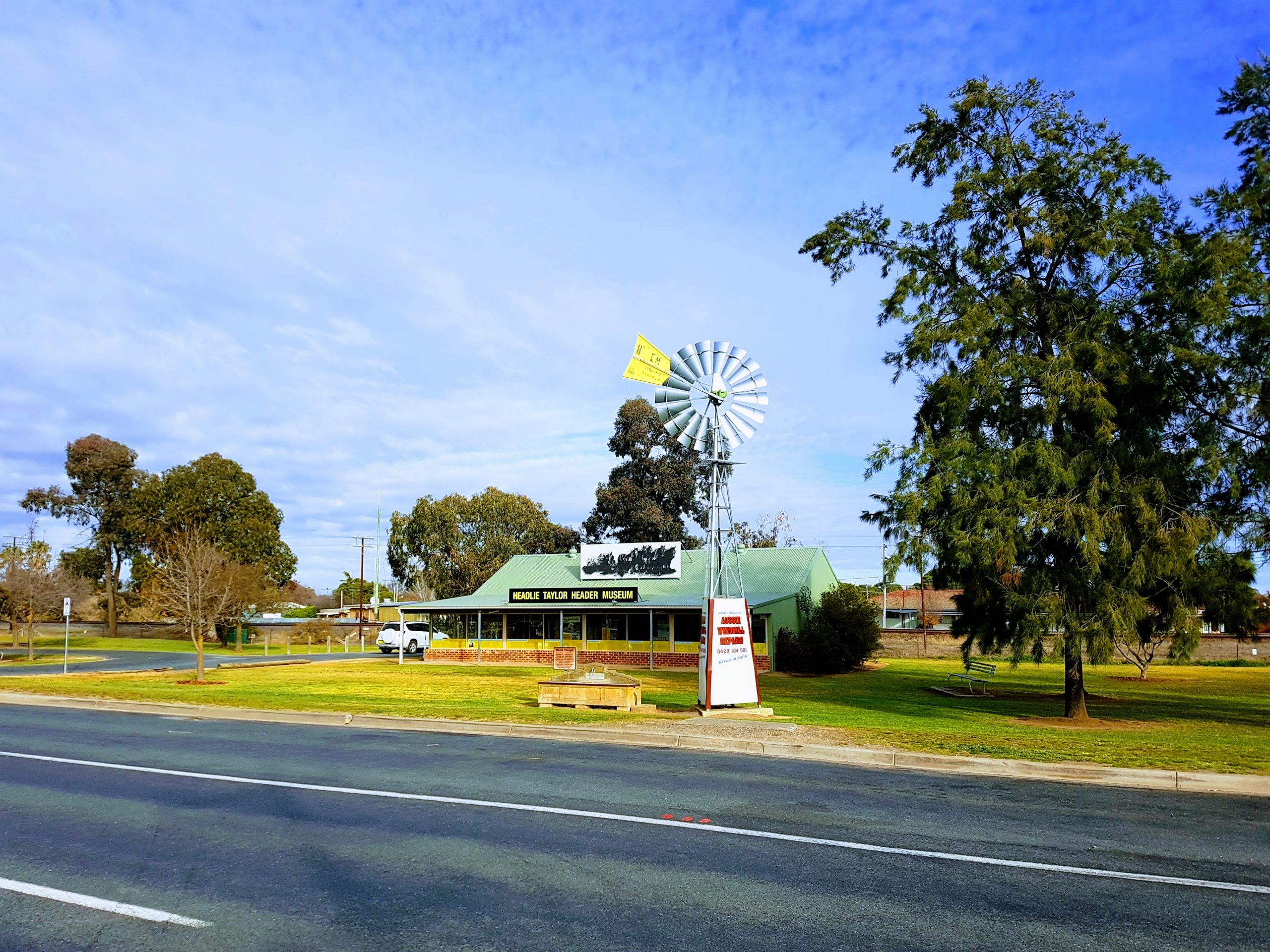 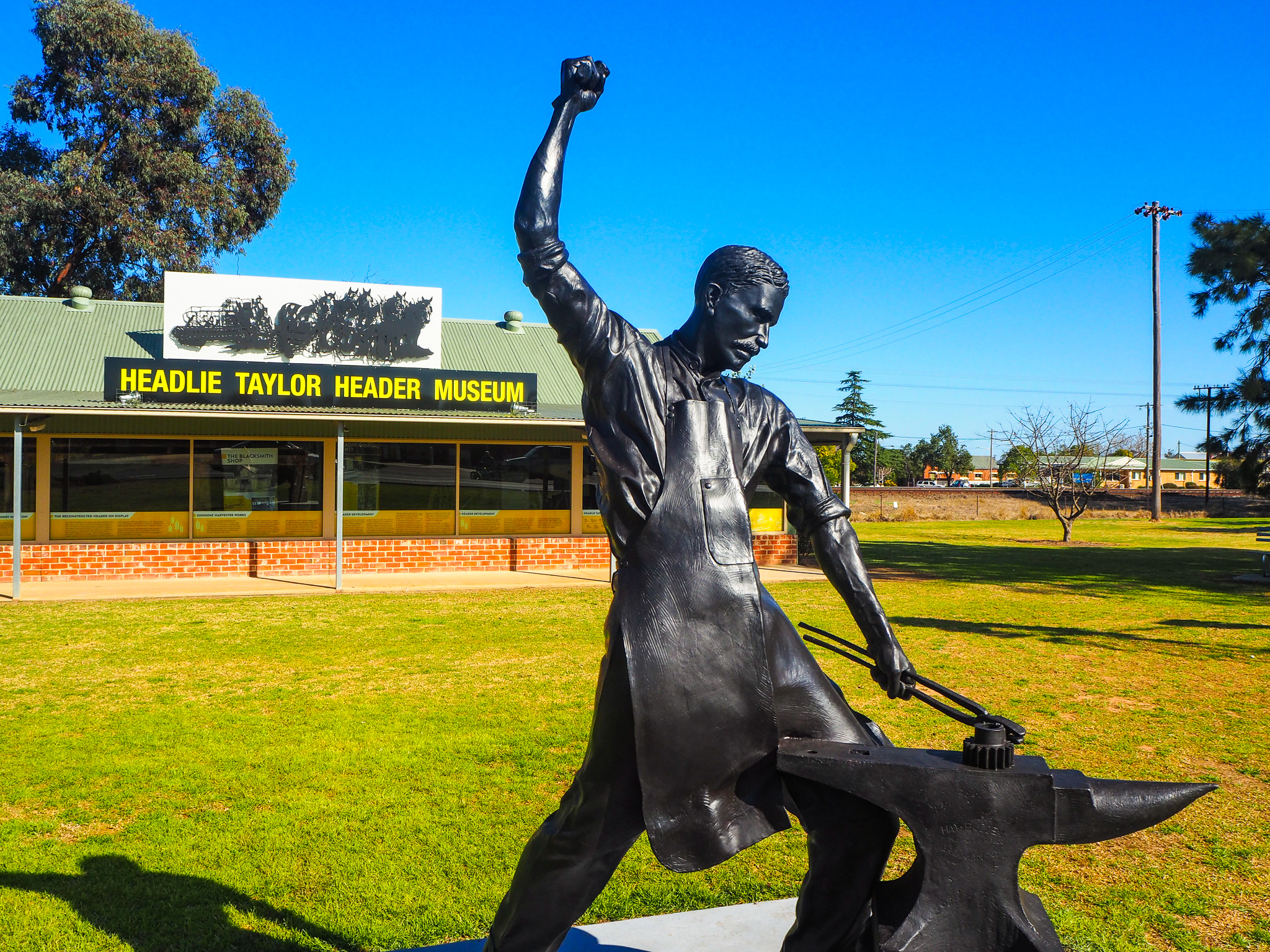 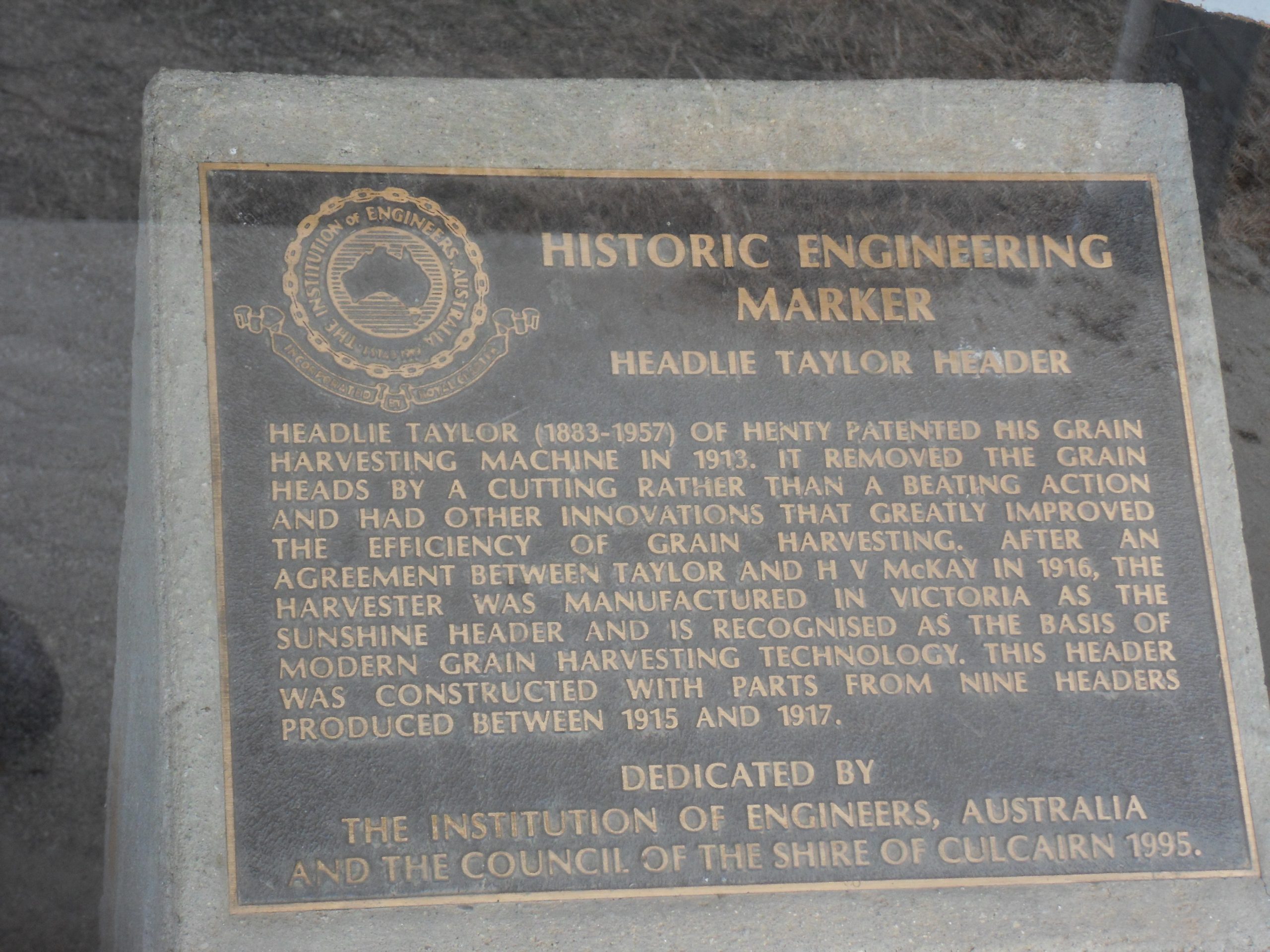 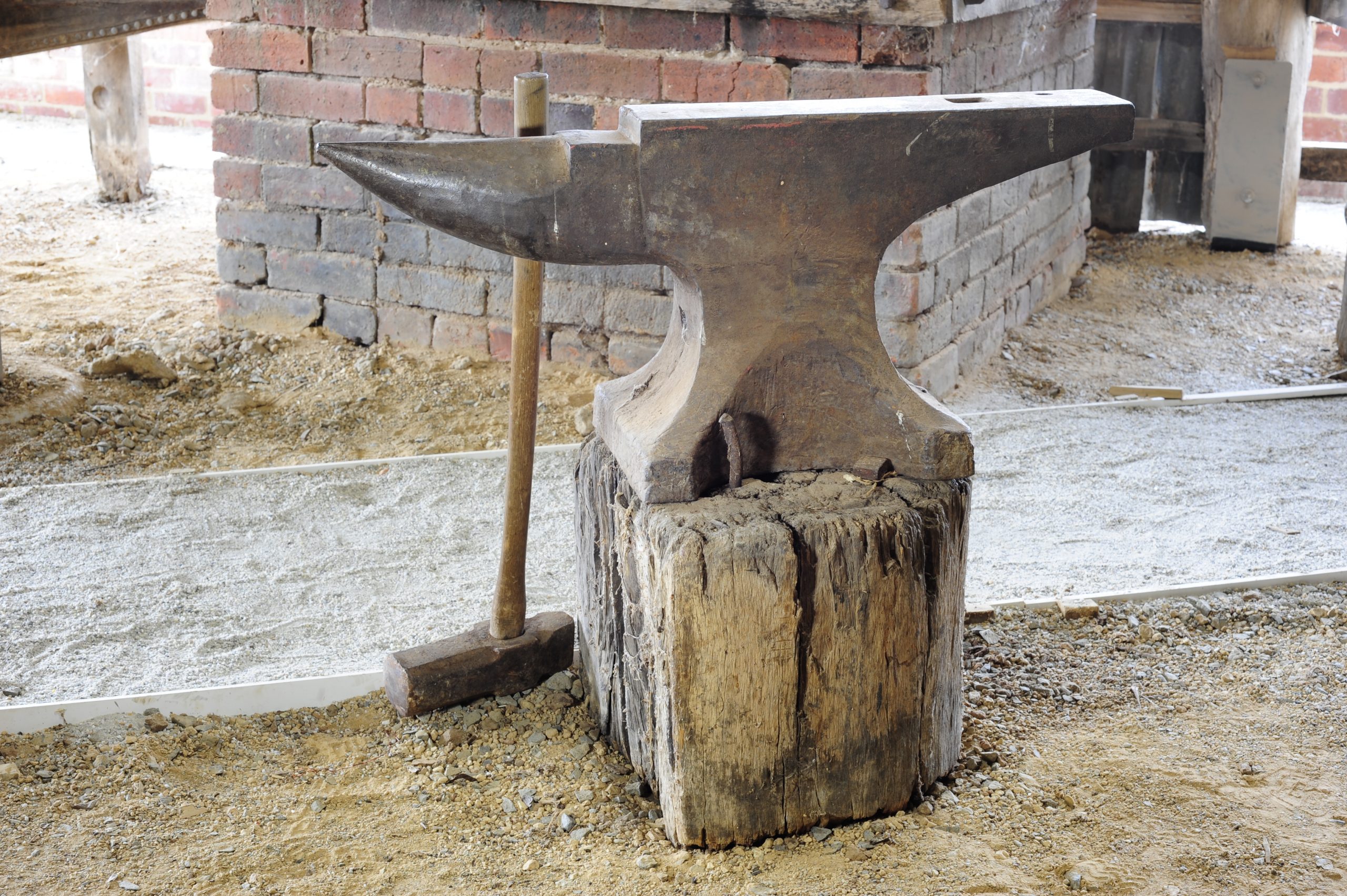 Headlie Taylor invented the header harvester in 1914 and significantly improved grain harvesting technology in Australia and throughout the world  using a forge, anvil and primitive tools in the days of horse drawn implements.  Next came a series of inventions and improvements, while contending with world wars, pandemics, depressions and droughts, which led to the foundation of today’s grain industry.

The museum displays a Taylor designed header, rebuilt from original parts to showroom condition by local farmers, and the complete farm blacksmith shop where the header was invented.  The story also tells of the connection to the Sunshine Harvester Works and how the headers became popular with farmers by saving many crops from losses due to adverse weather conditions.

Headlie Taylor’s invention had huge economic value for Australia but like most innovations the process was difficult. In the long years before his success Headlie clung to the phrase “Nil desperandum” as his personal motto: “Don’t Despair. Don’t Give Up”.  Faced with failure did he realise how close he was?  Did he dare to consider the machine he was building in his humble blacksmith shop would one day be mass produced, with demand outstripping supply?  Headlie Taylor was a determined, hands-on genius who changed the world of agricultural engineering through ingenuity, sheer tenacity and his refusal to give up.