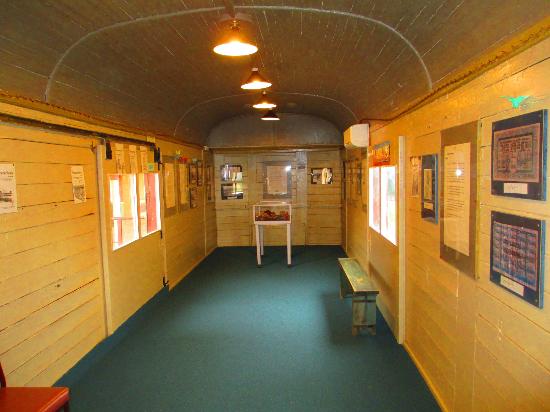 Interpretative display inside the train carriage 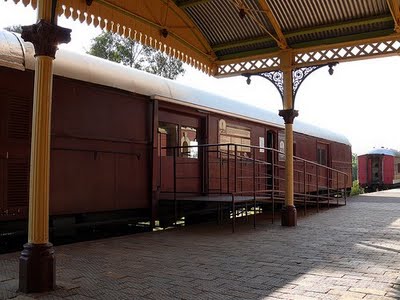 The Museum houses exhibits, photographs and stories about the experiences of internees, Prisoners of War and the townsfolk of Hay.

In July 1940, the Commonwealth government agreed to accept 6,000 internees from the United Kingdom. German, Italian and Japanese civilians internees and Prisoners of War were kept in three Prison Camps at Hay between 1940 and 1946 including the Dunera Boys. They were guarded by more than 600 members of 16th Australian Garrison Battalion.

The SS Dunera brought 1,984 German Jewish refugees aged between 16 and 45, who had escaped from Nazi occupied territories. Also on board were 200 Italian Prisoners of War and 250 Nazis. They arrived on Hay on September 7, 1940 as the first internees of the British Government World War II policy in Hay.

The collection comprises various objects including a soccer jumper, newsletters, passport, artworks, a suitcase and documents.