World War One across Australia 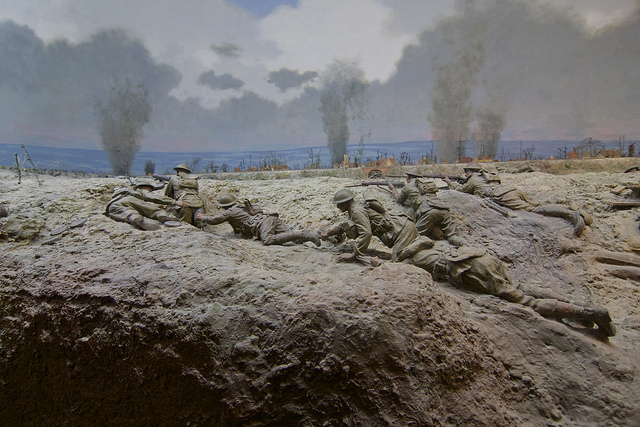 Originally designed and sculpted in the 1920s by Wallace Anderson, and a group of war artists including Louis McCubbin. Photo by Christopher Neugebauer via Flickr. 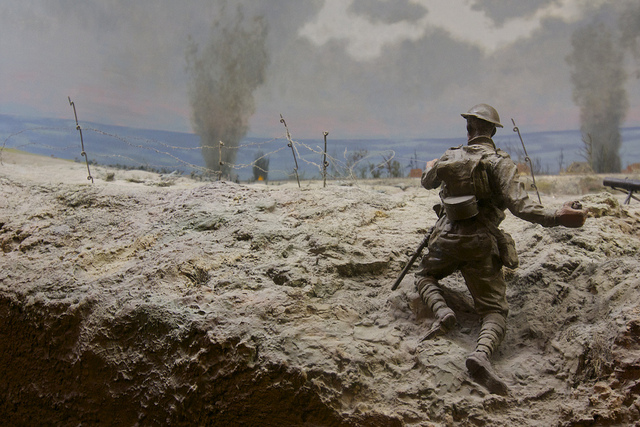 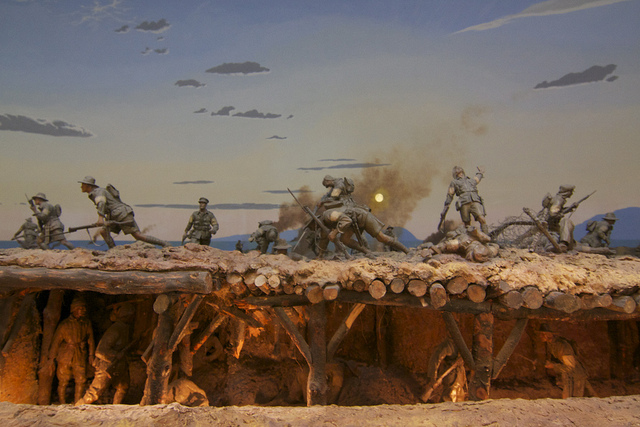 You might have heard that the Australian War Memorial (AWM) recently reopened their First World War Galleries ready for next year’s commemorations. The WWI wing had been closed while extensive restorations and a large-scale revamp were undertaken.

There’s a new interactive map showcasing, not only the latest digital technologies which used topographical maps to piece together the terrain in minute detail, but the War Memorial’s commitment to audiences in providing high impact, meaningful and interactive experiences.

The galleries, packed with the largest collection of WWI provenanced memorabilia, have been reordered to follow a clear timeline so visitors can track the progress of the war itself across the many offensives and the diverse geographies it occupied.

One of the main features of the new galleries is the much loved and ever popular heritage dioramas. The AWM has 13 dioramas in the collection, 10 of which are on display in the new galleries. Originally designed and sculpted in the 1920s by Wallace Anderson, and a group of war artists including Louis McCubbin (yes, that’s one of Frederick McCubbin’s many children) who embarked on the project after visiting the sites of the battles so they could accurately build the dioramas.

The dioramas themselves took over two years to restore. Conservators painstakingly dusted off each little metal helmet, refastened soldiers’ belts and brushed down their muddy boots readying them for the spotlight. The restoration is an edifying project in itself, nestling in our hearts close to memories of dollshouses and tin soldiers, and one that demonstrates the ingenuity and craft of caring for old stuff.

Read more about the dioramas at: www.awm.gov.au/dioramas

Another project which directs focus to the exposition of WWI celebrations is World War Onelink. An initiative of Inside History Magazine, World War Onelink is an online register of projects taking place across Australia during the centenary of WWI.

The website is designed to capture and record the range of commemorative projects that explore the ways in which the Great War shaped our nation. Use the website to find out what’s on where, and as a resource about the war itself.

Take a look at the video M&G NSW have made about the project.

The ABC report on the new War Memorial galleries.

On the right hand side there’s a series of resources which we are enjoying going back to again and again.

Timeline: How the War Unfolded

Previous PostLiving in the land of landscape
Next PostHomeGround