For the past 20 years the Dobell Prize for Drawing has been an annual event at the Art Gallery of NSW, and one where the Trustees have invited an artist to determine the winner.

In 2012 artist Aida Tomescu was asked to judge the Dobell Prize. This isn’t surprising because Tomescu can really draw.

Her work evokes the essence of drawing in its basic and primal form. She scribbles and scratches and puts her fingers in black. She plays around in the centre of her page and ignores the corners – she breaks all the rules.

Tomescu selected a great range of work for the 2012 Dobell Prize–from the heavy and descriptive Folded and faulted sediment III by Tim Allen to the carefully executed Amas by Maryanne Coutts. This is a large work depicting a mountain of rocks and shards of stone. At the same time as she renders each stone with fine pencil line, Coutts distorts perspective until we are tumbled into the stones themselves and the viewing of them becomes an intensely personal experience.

Works like Katherine Hattam’s piece titled Heidegger’s Hut surprise and delight with its red brown clutter of flattened shapes and talkative line. It’s an uplifting piece with multiple narratives about the domestic, the suburban and the cultural influences that define us.

While not all 2012 winners are included in Contemporary Australian Drawing: 20 Years of the Dobell Prize for Drawing  the Art Gallery of NSW have curated a wonderful travelling show – it’s a compilation of all 20 winners and some of the finalists. Tomescu’s brilliant work form 2003 is included so you can see for yourselves the calibre and importance of peer review in action.

Have a look at this video too – Aida Tomescu talks about her relationship to the process of drawing. 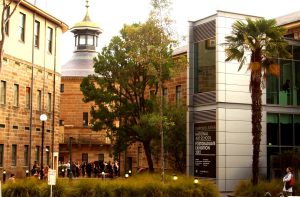