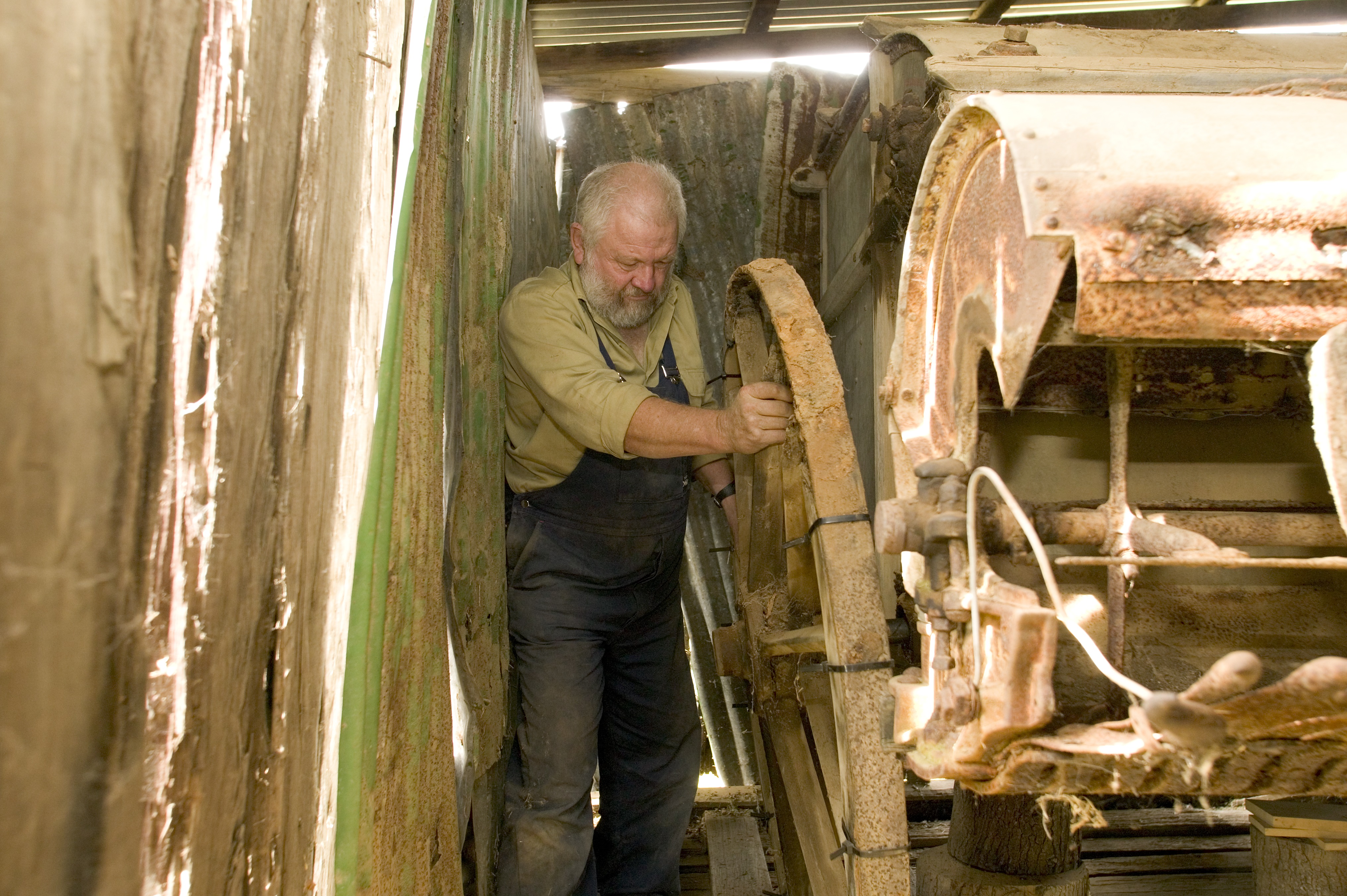 Graham Clegg died on the 2 March 2016 at the Crookwell Hospital.

Graham is well-known in rural museum circles across New South Wales, having worked for twenty years at the Museum of Applied Arts and Science (Powerhouse Museum) as a conservator with a particular interest in agricultural, steam and technology collections.

Graham joined the Museum of Applied Arts and Sciences in 1991 straight after finishing his conservation course in Canberra. He fitted in well, conserving everything from locomotives to telescopes, and being part of teams responsible for getting complex exhibitions onto the floor. He was greatly respected for his thoroughness and workmanship. He was always two steps ahead because he thought every problem through in advance, from start to finish. And if there was an unexpected issue, he quickly sorted it out.

When the Powerhouse established a Regional Service Unit in 2000, he quickly gravitated to these programs, going bush whenever he could. He took on the responsibility for the site visits to country museums.

He was an amazing source of knowledge, able to identify a machine from a piece of rusty metal and name the date and manufacturer. He would offer simple practical advice delivered in plain language pitched perfectly to his audience.

It would be hard to list all the community museums in NSW where Graham’s good advice had an impact. He was patient explaining why the item was important, what work it did, what difference it made in farming life or practice. I still remember his analogy of chaff as the petrol of the pre-combustion engine era, and wagons as the semi-trailers. He had an instinctive grasp of significance. He never over-egged the significance of an object but recognised the value of objects and collections that came with richly documented stories. He always saw the bigger picture of the work that the engine did and what impact it had on the farm and in rural life and economies.

He retired in 2010 and in his usual manner with a minimum of fuss – quietly and without fanfare, he slipped away in the first week of the New Year.  Most of the staff came back from holidays to find him gone. And his friends were told sternly he was not coming back for any formal farewell.

He moved to Laggan and quickly became part of the local community. He sponsored the vege garden at Laggan Public School, made donations to the bushfire brigade, and supported vendors at local markets. He also revelled in helping new friends with the resurrection of old windmills and other machinery.

And whilst he did all that, Graham maintained strong connections with museum colleagues.

Graham will be remembered for his encyclopedic knowledge, his generosity to his friends, and his great contribution to the regional museum sector and steaming machinery circles.

He was meticulous in his preparations for any activity he undertook – for work or fun. He made poddy traps for his friends, sorted that special bait, and generally applied his intellect to solving problems large and small. Once asked he would turn it over and over, like a dog with a bone, considering all aspects and solutions before delivering his response.

Many friends and colleagues now wonder who to now turn to for that failsafe recipe for furniture restorer? Who now will explain the links between historical events and engineering breakthroughs? Graham was an historian of the best kind. He knew the stories behind the stories associated with everything. He loved, lived and breathed history and was so happy to share his knowledge. He believed in the worth of people and museums. He was completely dedicated to Sydney’s Museum of Applied Arts and Sciences. It bewitched him as a tiny child.

Kylie Winkworth’s comments will resonate with many –

My fondest memory of Graham is seeing him in action in his blue boiler suit, working through piles of rusty iron bits and pieces in community museum sheds, and saying ‘this goes with that, that’s rubbish, hang onto this’… while we followed with luggage tags and string. Efficient and brilliant. Better than a lot of live theatre.

… He knew his stuff, he was practical, he had great respect in machinery collecting circles, and he cared about machinery and the stories it could tell about rural life

Graham Clegg now lies in the peaceful Laggan Cemetery, as was his wish and is survived by his former wife, Jane, his daughters Heather and Jessie and their families.

This article was co-authored by Rebecca Pinchin and Sandra McEwen, friends and former colleagues at the Museum of Applied Arts and Sciences.