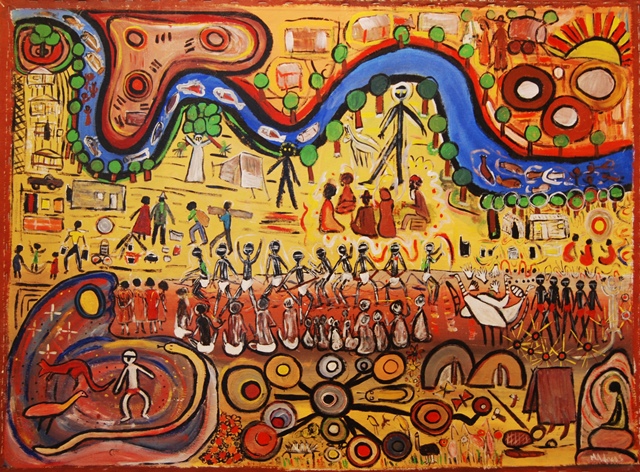 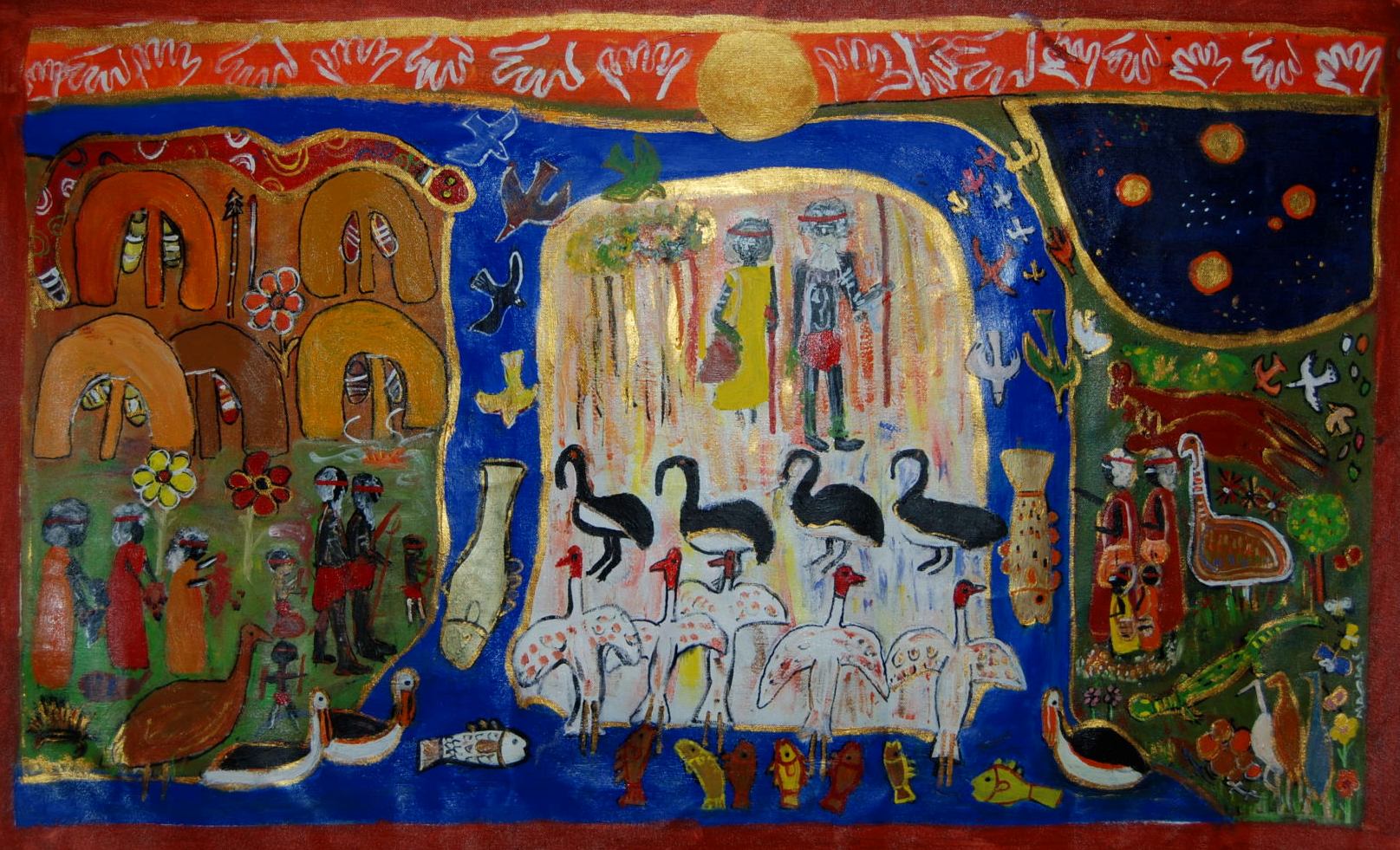 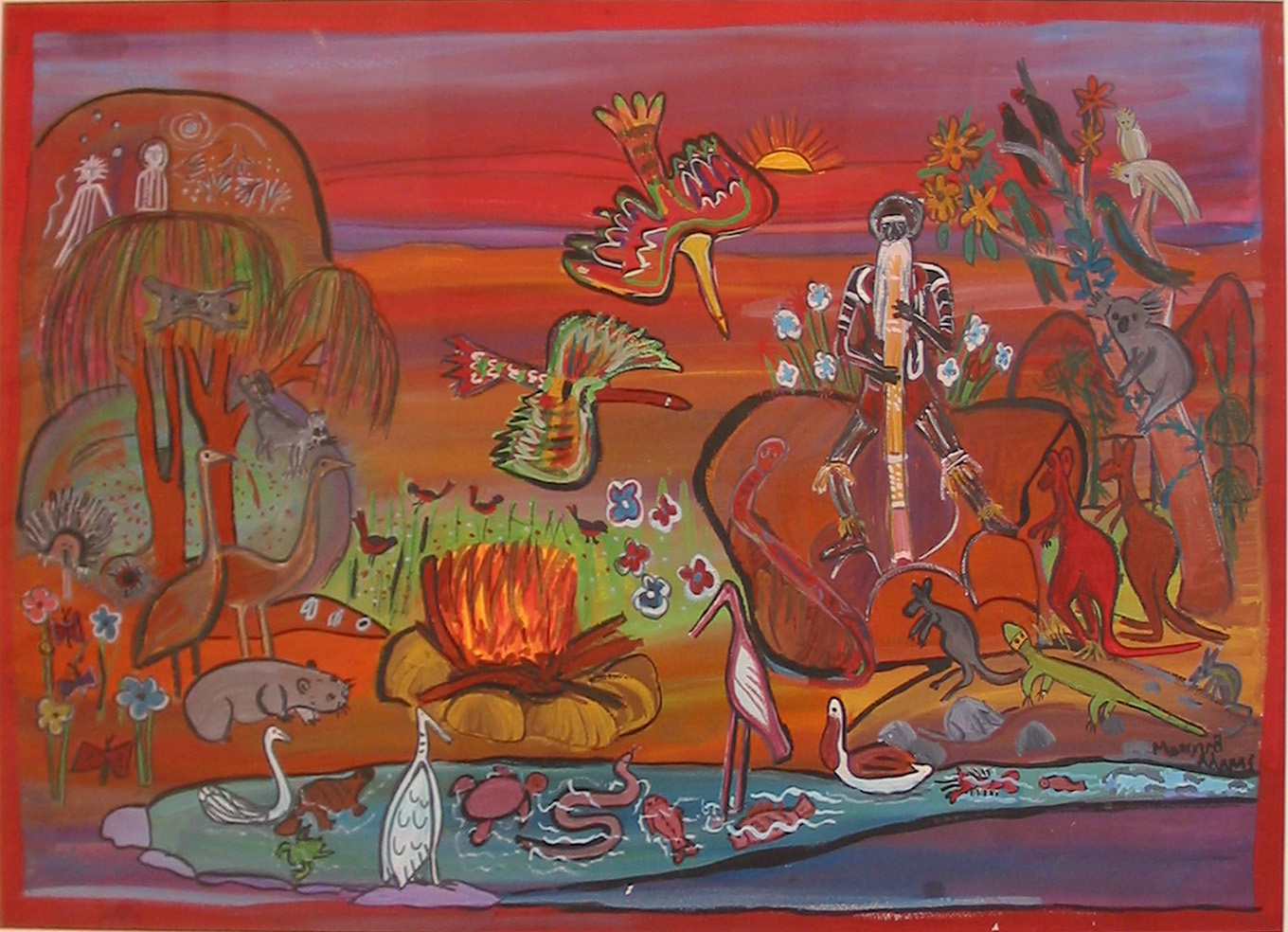 Margaret Adams was born on the banks of the Meehi River at Top Camp in Moree. She was one of the Stolen Generation; children who grew up on a mission after being forcibly removed from their families.

Taught to paint in a western tradition, Adams incorporates traditional motifs into her Dreaming stories using a naïve figurative style and vivid colours made accessible by using acrylic paint.

The artist, after cutting her teeth teaching the Kamilaroi Culture Classes in the 1980s and at the Yurundialli Art co-operative, began to focus on painting to keep the culture of her people alive in the early ’90s.

Her works directly reflect this hub of activity–fishing, hunting and dancing are depicted and spread across the canvas, interspersed with white man’s wagons and their own colonial goings-on.

Adams has vivid and evocative memories of a time when tribal life provided for families and living off the land had direct meaning to one’s survival. It is from these memories and stories told around campfires from which Adams draws her inspiration.

“The Meehi, as all rivers, gives sustenance to living things. The banks of the Meehi, once teeming with wildlife, was the place where many Kamilaroi settled and where people’s lives and spirits were nourished”, says Adams.

Her works directly reflect this hub of activity–fishing, hunting and dancing are depicted and spread across the canvas, interspersed with white man’s wagons and their own colonial goings-on. They are beguiling works; engaging viewer with compositions that are simultaneously complex and simple. Each activity is both segregated and unified by meandering river or by other compositional elements, such as lines of trees, groups of birds with wings outstretched or the use of  the goanna (Yurundialli), her own totem.

Adams is an important artist and community elder. She has been represented in the Parliament of NSW Indigenous Art Awards and several works have featured in exhibitions including Heartdreams and Legends which toured to the USA in 2002.

She is a founding member of Yurundialli Aboriginal Cooperative and in 2010 was appointed as Patron of the Moree Plains Gallery.

Thanks to Katrina Rumley, AM, Moree Plains Gallery Director for her support with this article. 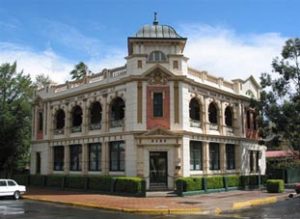