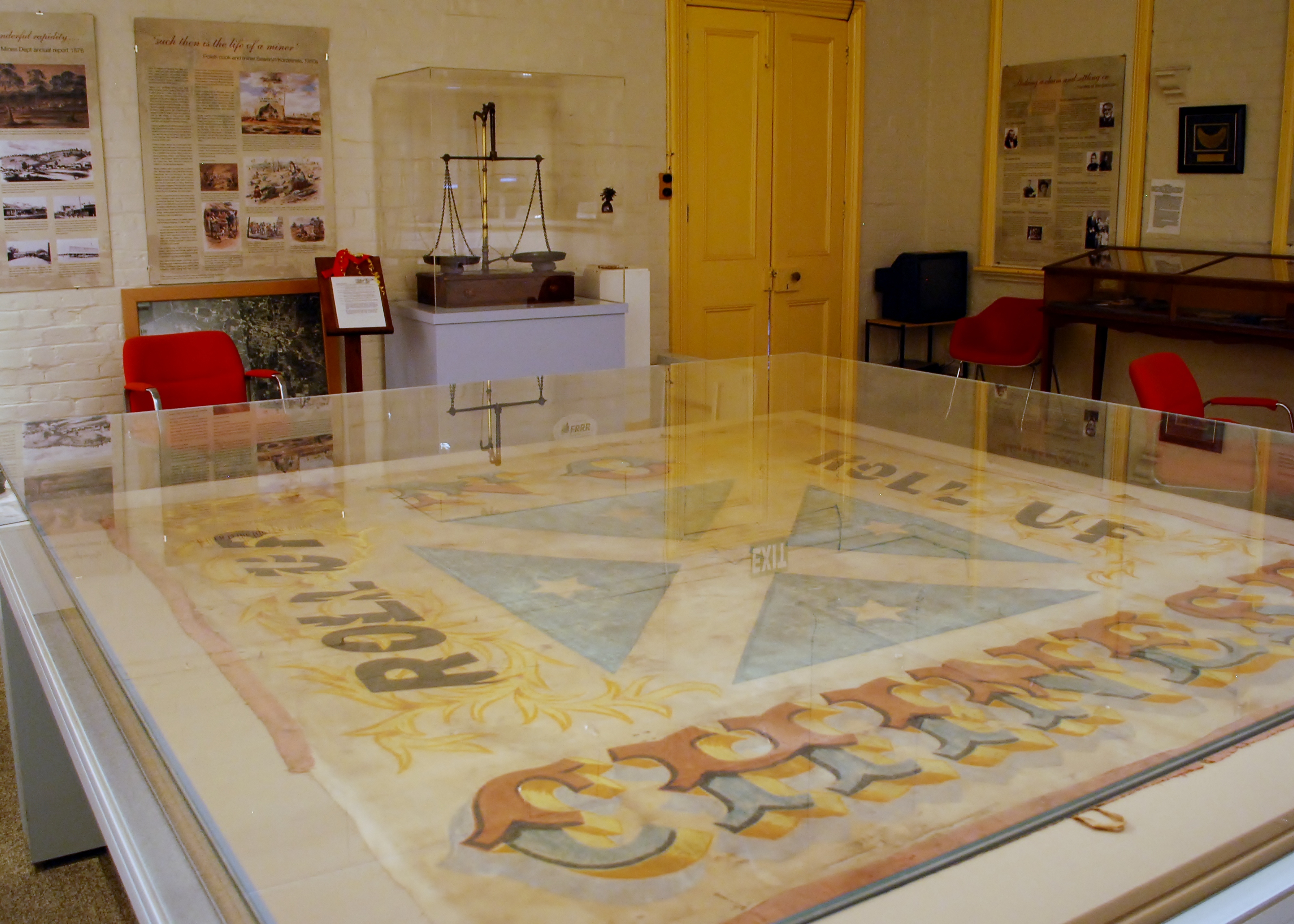 This is the original banner used to lead the rioting miners as they attacked the Chinese miners at Lambing Flat.It is now over 150 years old. 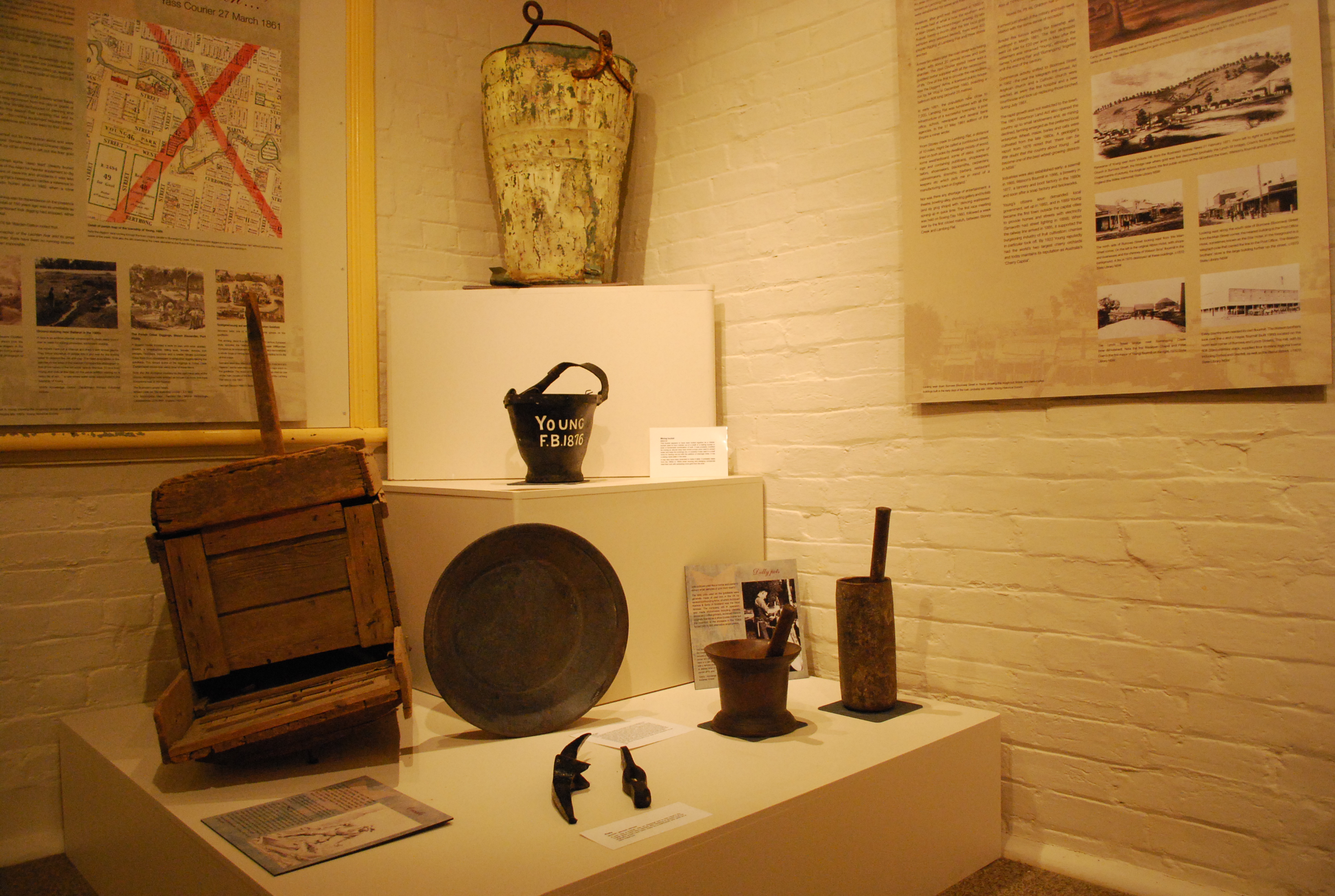 Some examples of the mining equipment used in mining operations on the alluvial gold fields of Lambing Flat. 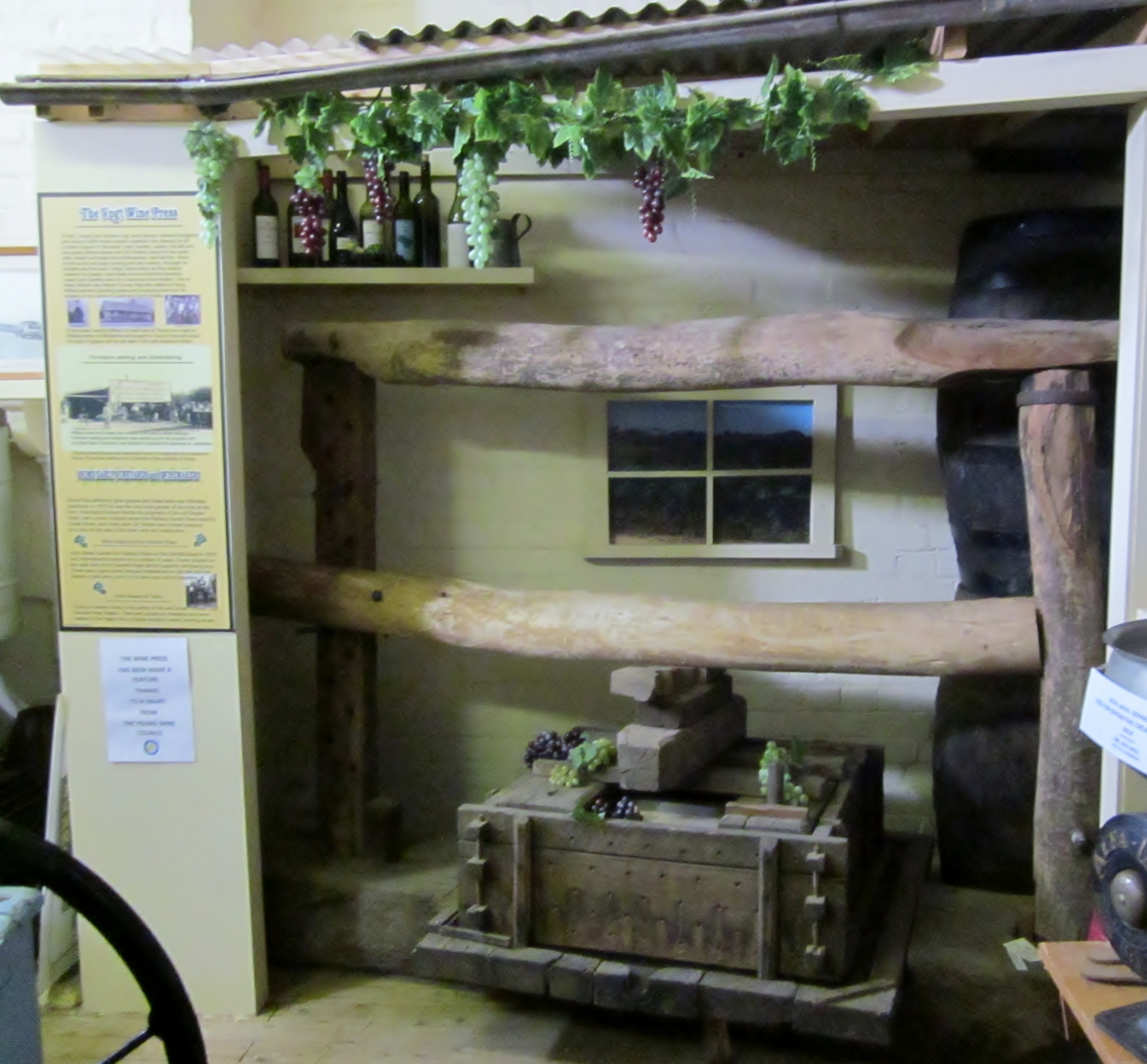 A wine press made by Joseph Vogt at Mandemar, near Berrima, and brought to Young, by his son, William, to use in their vineyard in the late 1800's or early 1900's.

At the Young Historical Museum you will discover the history of the Burrangong goldfields and the contributions of the many miners and their families who came from all over the world to make Young what it is today. While it was gold that attracted people in 1860, it was the rich soil that encouraged them to stay. They planted wheat, vegetables, cherries, stone fruits and vineyards, and ran cattle and sheep. The development of this agricultural region though, relied upon the dispossession and labour of the Wiradjuri people who are the Traditional Owners of the lands and waters of this area.

Situated in the 1883 old School Building on the Olympic Highway, Campbell Street, Young, the Museum houses the original ‘Roll Up No Chinese’ banner which was carried at the head of the procession of European miners as they drove the Chinese miners from their camps at Sawpit Gully and Back Creek during the infamous Lambing Flat anti-Chinese riots. There are also items from Chinese Australians who remained or came to the town after the riots. Also on display, is the breastplate of Coborn Jackey, a leader of the Burrowmunditory group of the Wiradjuri. He received this breastplate from James White who was one of the area’s first white settlers in the 1830s.

You will find rare and intriguing items from the past in the various sections of the Museum. From household items, farm equipment, a rare “Autogen Gas Light Machine”, gold mining tools, dental equipment, school memorabilia, a tribute to local war veterans and a range of clothing from days gone by.