Inside the Exhibition Centre 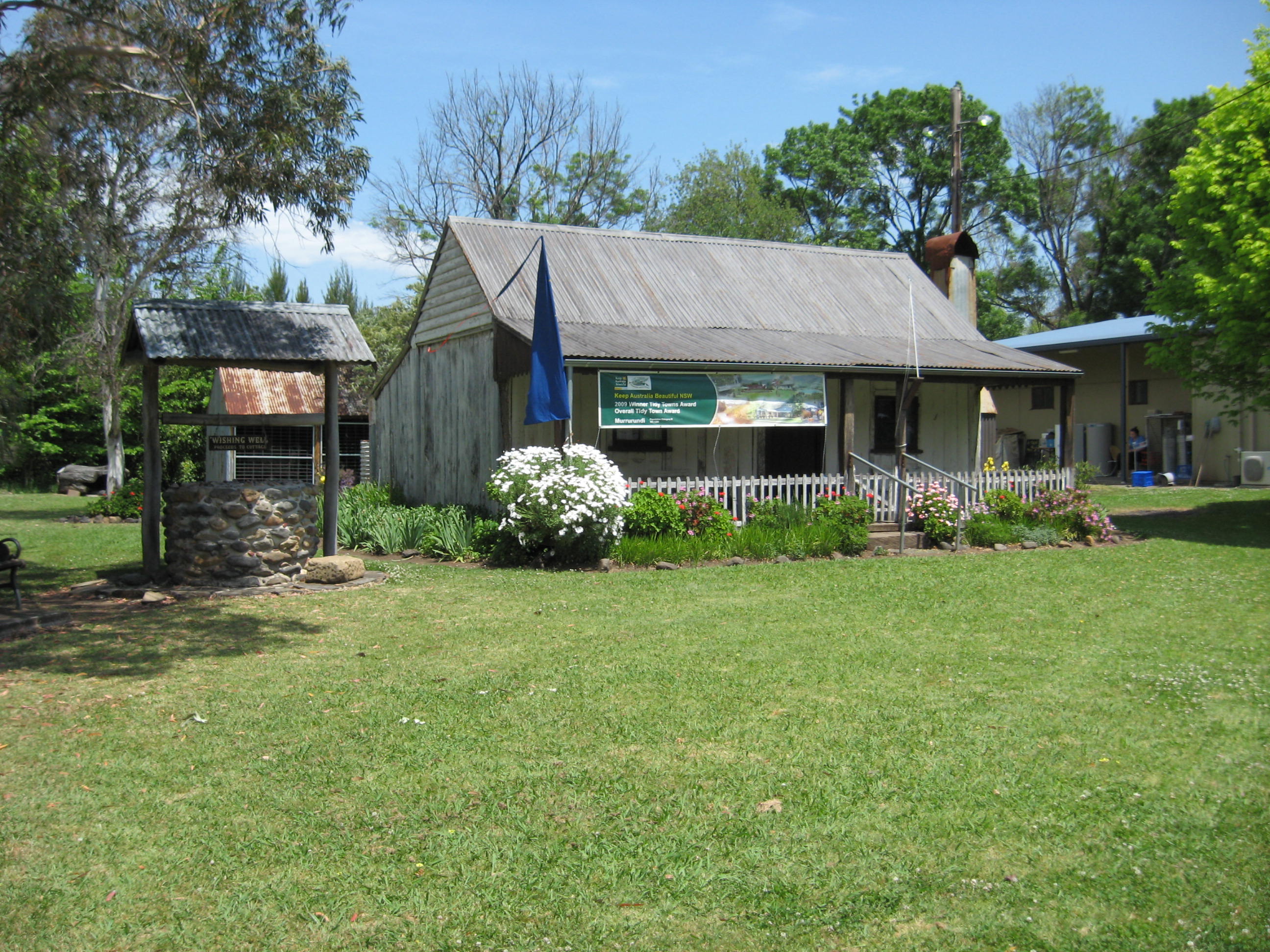 The Settlers Heritage Cottage is open for selected events or by appointment. 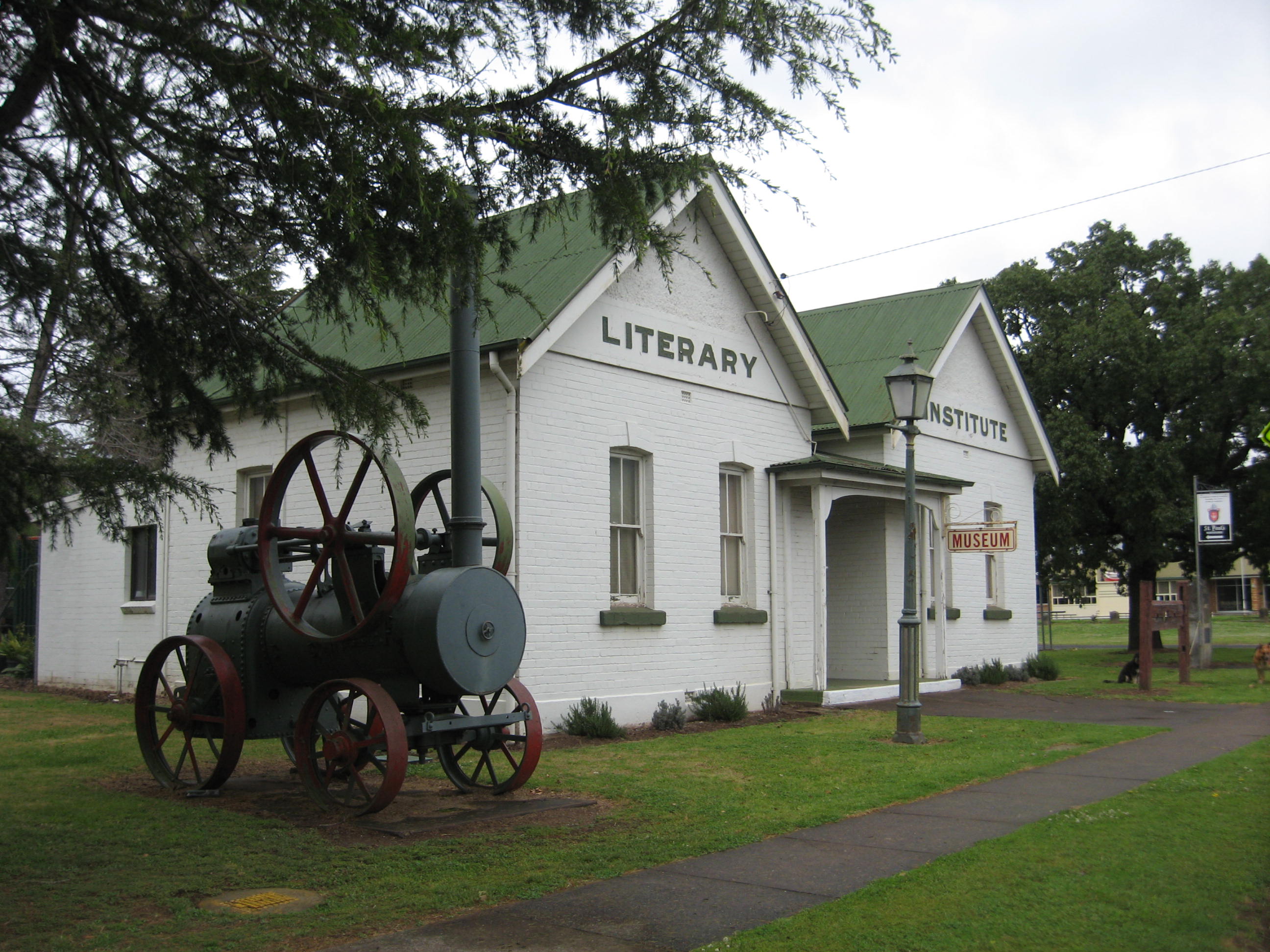 The museum encompasses three buildings: a pioneer cottage, a church used as the museum’s exhibition centre, and the Literary Institute which operates as the main museum building.

The museum complex is located on Mayne Street (New England Highway) at the Information and Rural Transaction Centre.

One of the most interesting of Murrurundi’s many historic buildings is the pioneer cottage. Built around the 1889, the cottage was relocated to the museum site from a farm in the Timor district.

Framed with rough-hewn hardwood felled on the property or the surrounding area, the cottage features hardwood slab walls. These are sawn on one side using a pit saw, a back-breaking process, while the other side of the slabs are left in their original round-backed state. The roof is corrugated iron and the floors of milled cyprus. This is likely to have been added later as earth floors were common in cottages of the time. The cottage contains items and furniture from the period.

Similar to other small churches built at the turn of the 19th century, the Murrurundi church is a wooden building with high ceilings lined with local timbers. The floor slopes towards the raised altar platform, a feature typical of churches of the day. The rear annex was added later.

The building is used to display a range of changing exhibitions. Highlights include a very successful Bridal Exhibition, a memorable old-toys show and a collection of circus posters by renowned collector, Viv Carter.

The museum is currently displaying Quilts 2016 featuring over 34 locally-made items. The long-running WWI exhibition is located in the annex complete with storyboards and objects pertaining to the conflict.

The Institute occupies the site of the early Court of Petty Sessions and Watch House. The original wooden building was damaged by termites and in early 1900s the brick Literary Institute building replaced it. Murrurundi’s Mayne Street was named in honour of Edward Mayne, the first Commissioner for Crown Lands for the Liverpool Plains district from 1839 who presided over the Court and Watch House.

Sunday, Saturday
10:00 am to 2:00 pm
Open every second Wednesday and by appointment.