This is another of the moving stories developed through collaboration between ABC Open and Evans Head Living Museum. 91-year-old Nell Whiteman tells the story based on a single photograph—it’s the story of a little girl’s love for her father who flew bombers during the war.

A strong bond developed over a lifetime between father and daughter and the story describes in the simplest of ways the impact of war on innocent people both at home and within the war zones.

This 2-minute video will bring tears to your eyes. 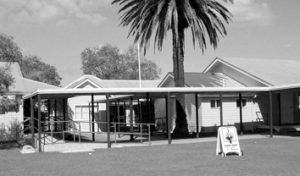