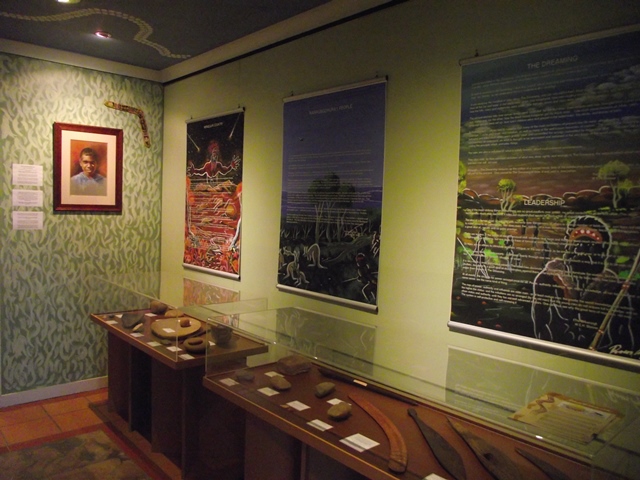 Recently Museums Australia published a Joint Statement on Ethical Standards in Collections Development. The statement, which addresses the need for due diligence standards for objects in new and existing collections, is both clarification and affirmation of the commitment to Australia’s UNESCO Conventions and a promise for the future.

Restrictions in the trafficking of cultural material stem back to the 1970s and close scrutiny of all collections to ensure freedom from objects derived via dubious means, whether stolen, forged or looted, followed close behind. The International Council of Museums (ICOM) developed policies and standards in 1994, but recent media attention on the discovery of valuable collections looted during the Holocaust, reminds us that continual diligence in checking provenance and providing transparency of process is important.

The trend towards the repatriation of objects in ethnographic collections is also of critical importance, especially in relation to Australian Indigenous cultural material much of which was collected without permission during the late 19th century when anthropological thinking drove ideas behind museums and their collections. Despite many current day, innovative approaches to the repatriation of secret-sacred objects and human remains, significant obligations to maintain ethical Australian collections large and small remain.

Frank Howarth, President of Museums Australia, says the statement reaffirms “the importance of renewed attention to museum ethics in acquisitions, collections development, provenance checking and related policy matters”. He requests that organisations publish the statement on their websites as declaration of their commitment and calls for collecting agencies to implement procedures that ensure ethical standards are met.

Museums and Galleries of NSW supports Australia’s major national museum and gallery organisations in the confirmation of their commitment to undertaking due diligence in relation to the acquisition of items for all Australian public collections. The full statement is printed below:

Despite many current day, innovative approaches to the repatriation of secret-sacred objects and human remains, significant obligations to maintain ethical Australian collections large and small remain.

The four peak organisations urge all member museums and galleries to exercise the utmost care possible in researching acquisitions and to ensure that ethical standards, as well as legal compliance with national or international laws and conventions, takes centre-place in their work of creating collections for the nation’s benefit.

We also urge all State/Territory and National museums and galleries in Australia to have acquisition policies, frameworks and ethical standards in place to guide them in building their collections ethically.

Since the 1970 UNESCO Convention prohibiting illicit trafficking of cultural material, attention to the provenance research and required due diligence surrounding proposed acquisitions to collections has been steadily rising here and overseas.

They are in turn underpinned by individual acquisition policies and standards authorised by each museum and gallery governing body. These policies reflect both internationally agreed ethical standards and the need for legal compliance with national and international laws, conventions and treaties. No substantial museum or gallery today acquires objects without the opportunity to assess their acquisitions within such frameworks, acknowledged standards and stated purposes for developing a collection.

These standards and self-imposed controls by museums and galleries in developing their collections have been strengthened over the last few decades with particular care given to due diligence in determining the origin and ownership trail for items. Museums and galleries have, for example, voluntarily revisited earlier acquisitions to rule out association with the looting by Nazis of cultural property during the Holocaust and to provide online facilities for provenance checking. Since the 1990s they have also adopted widely-accepted policies for the repatriation of wrongfully acquired Indigenous ancestral remains and secret-sacred material which is carried out under the Federal Government’s Indigenous Repatriation Program.

Most recently, the critical importance of due diligence in determining provenance has been enshrined in the Australian Government’s Protection of Cultural Objects on Loan Act 2013 which guarantees immunity against seizure when cultural objects are made available on loan from their owners for exhibitions staged in Australia.