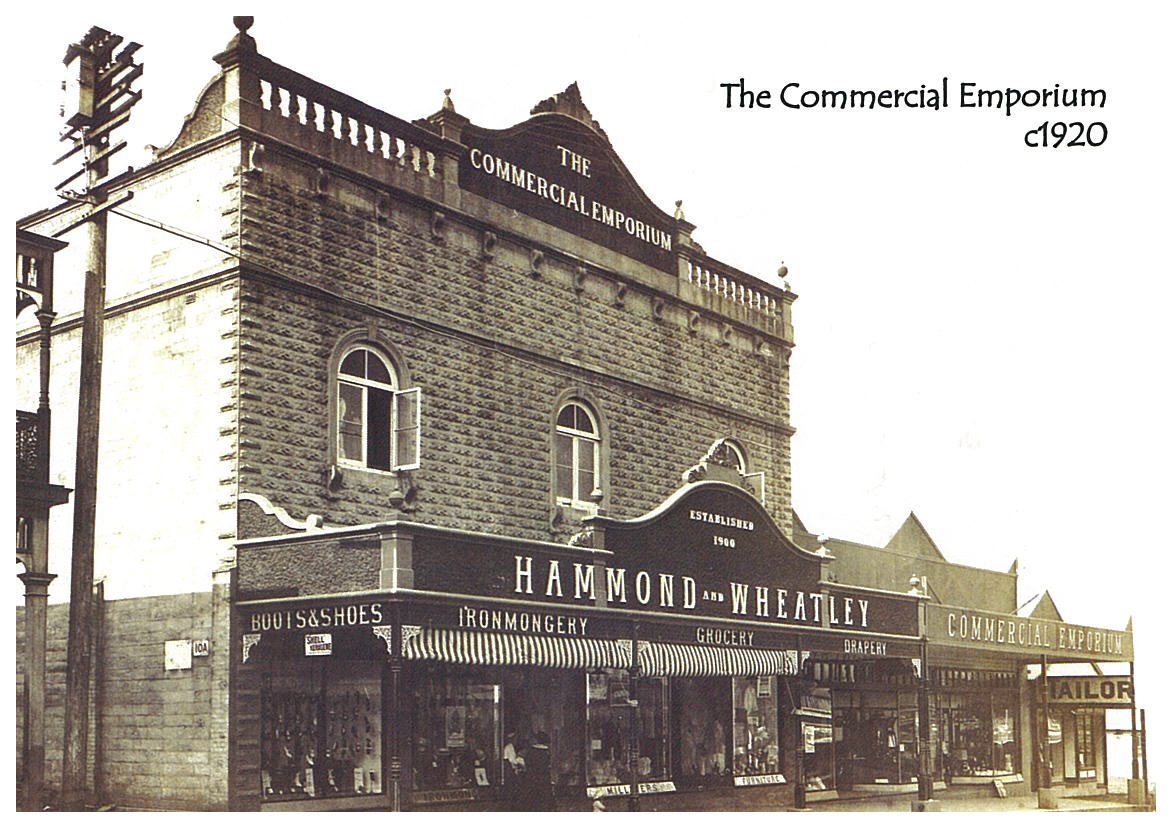 The Hammond and Wheatley Emporium in the 1920s. Photo: courtesy of the Bellinger Valley Historical Society. 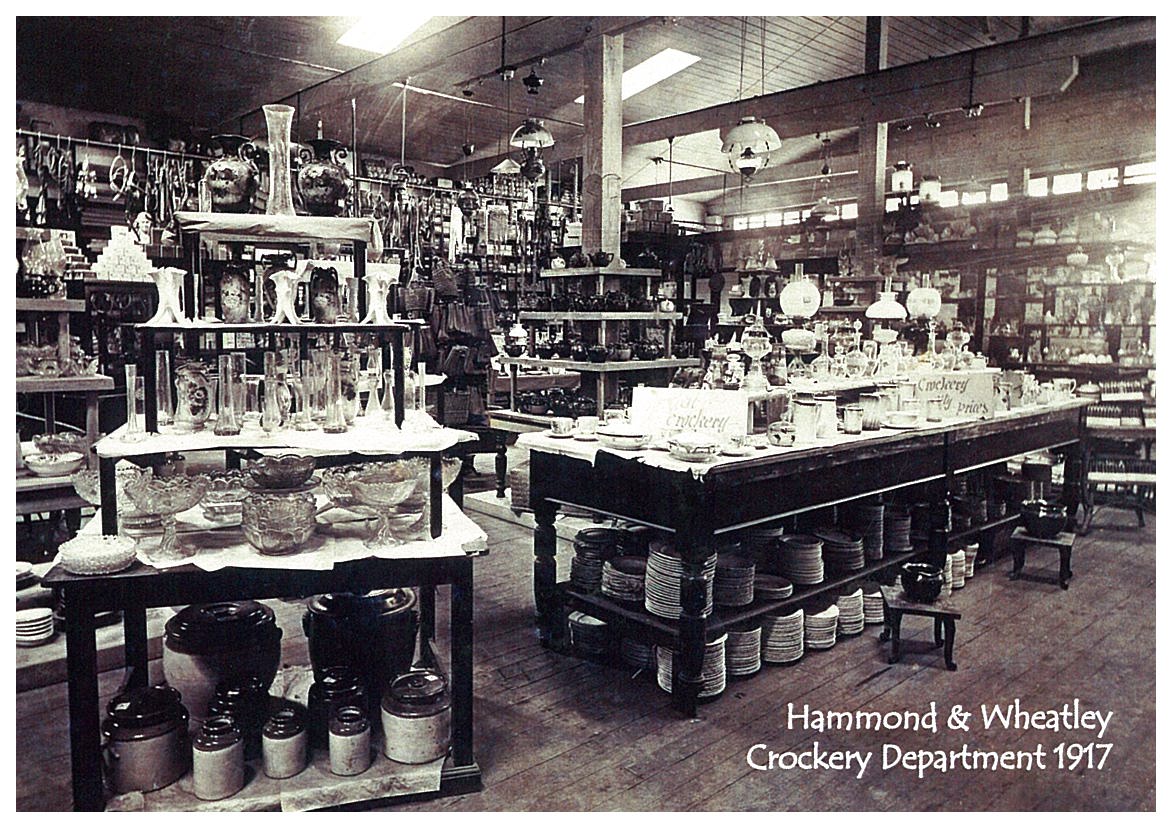 A tempting array of merchandise on display 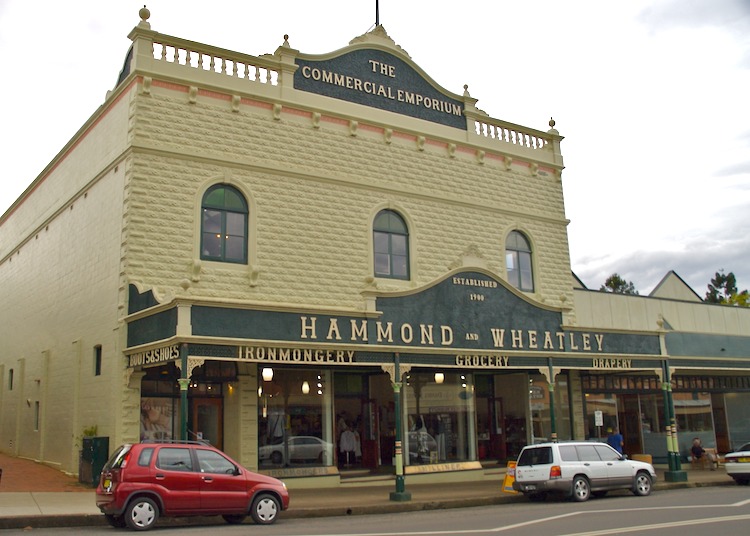 The Hammond and Wheatley Emporium as it stands today. Photo: courtesy of Gordon Smith. Licensed under Creative Commons Attribution-Noncommercial-ShareAlike 2.5 Australia.

If you’ve been following The Paradise  on ABC TV, then you’ll be familiar with the story of Denise and the handsome Moray, the history behind the first department stores and the early marketing of expensive consumer goods to wealthy women of the 19th century. You’ll know about the drama and theatre involved in the art of display and you’ll understand the origins of personalised customer service.

But are you familiar with The Hammond and Wheatley Emporium, Bellingen’s very own Paradise?

The Hammond and Wheatley story began in 1900 when the namesakes opened a small general store. Their retail empire started to take shape ten years later when they employed local builder George Moore to expand the premises. Undaunted by the lack of suitable building materials for such an ambitious project, Moore used an American brick-making machine to cast concrete blocks for construction, creating Australia’s first concrete building and history in the making.

The Hammond and Wheatley Emporium is still in operation, trading in fashion and homewares of distinction and plying its personalised customer service.

On the building’s completion, The Raleigh Sun of 5 August 1908 reported,

“The Mammoth Trade Palace bearing the name of Commercial Emporium is now in the last stages of completion……The building is of solid concrete blocks throughout, composed of Bellinger River gravel and Portland cement……The materials used throughout the building are purely of Australian origin, excepting the British plate glass. The timbers comprise local hardwoods and Dorrigo pine and cedar, while the ironwork is from Brown and Brown’s foundry at Pyrmont.”

The Hammond and Wheatley Emporium is still in operation, trading in fashion and homewares of distinction and plying its reputation of personalised customer service. It embraces its heritage–displaying several large photographs of the Emporium in its hey-day and welcoming people who just want to look. The second storey features a beautiful cedar balustrade around the generous atrium and a clerestory filtering natural light in abundance.

The good folk at the Bellingen Museum are the source of all things historical in the town – their website presents several galleries of historical photos themed to significant development of the region such as the local architecture and Cedar timber industry. The Museum itself has a large collection, rich with significant objects and photographs.

Pick up the Heritage Walk brochure from the Museum or the Visitor Centre, both located conveniently in the park in the centre of town, to get a fuller understanding of the early wealth and prosperity of the town expressed through its significant commercial and residential architecture. Many of the buildings detailed in the brochure are still in existence and offer modern shopping and café experiences within walls of the past.

M&G top picks include The Nest, a vintage experience with full throttle coffee just across the road from the Hammond and Wheatley Emporium and the famous Federal Hotel with its Schnitzel and Schooner offering at a bargain price.

So next time the mid-north coast beckons, submit to its charms and find your own piece of Paradise in Bellingen.