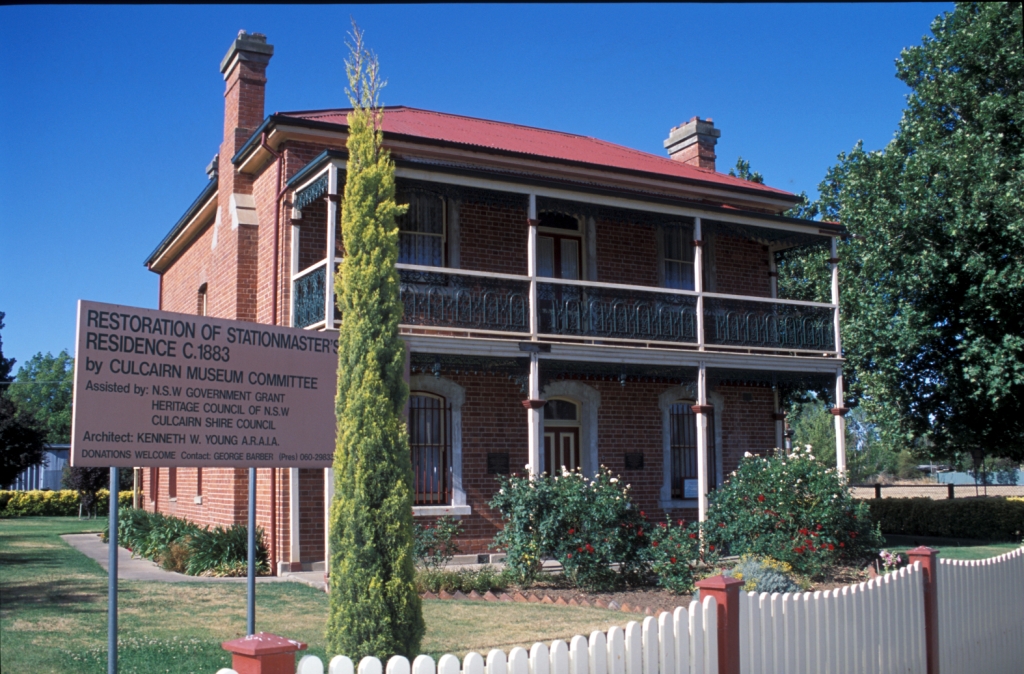 Station House – home to seventeen Stationmasters and their families from 1883 to 1979 – is a tangible reminder of the great railway expansion of the last century.

For more than 100 years Station House has dominated the railway scene in Culcairn, together with the historical Railway Station the complex reflects the significance of Culcairn as a major rail junction of the steam era.

Station House has been faithfully restored and was the winner of the 1994 Tidy Towns Award for ‘Cultural and Heritage protection’.

The two story brick building with its beautiful wrought iron and stairway, together with the original floors and ceilings, presents one of the best examples of a building of its type in Australia.

Early railway memorabilia is also on display. A visit to Station House is a must for heritage lovers, railway enthusiasts, tourists and visitors.