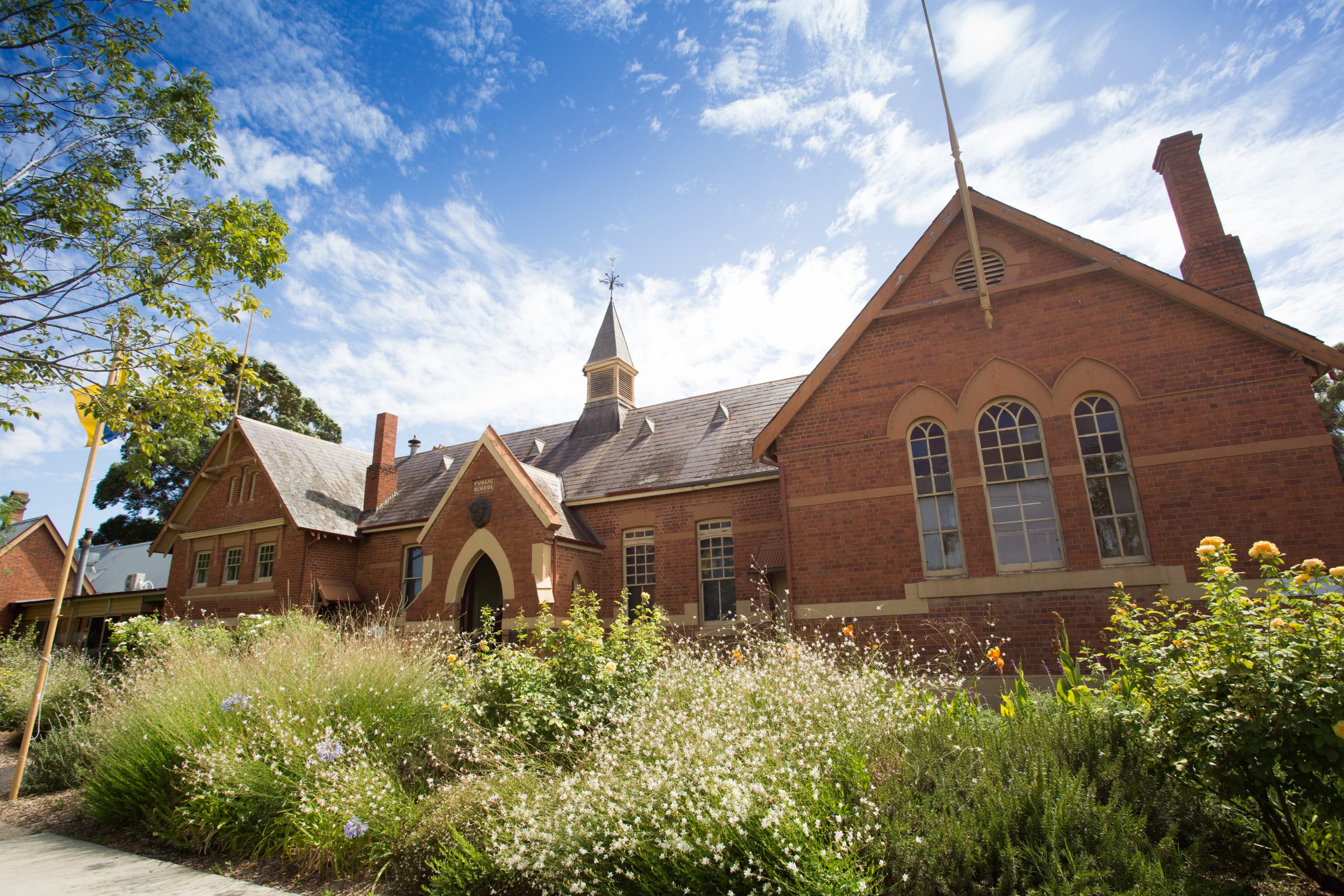 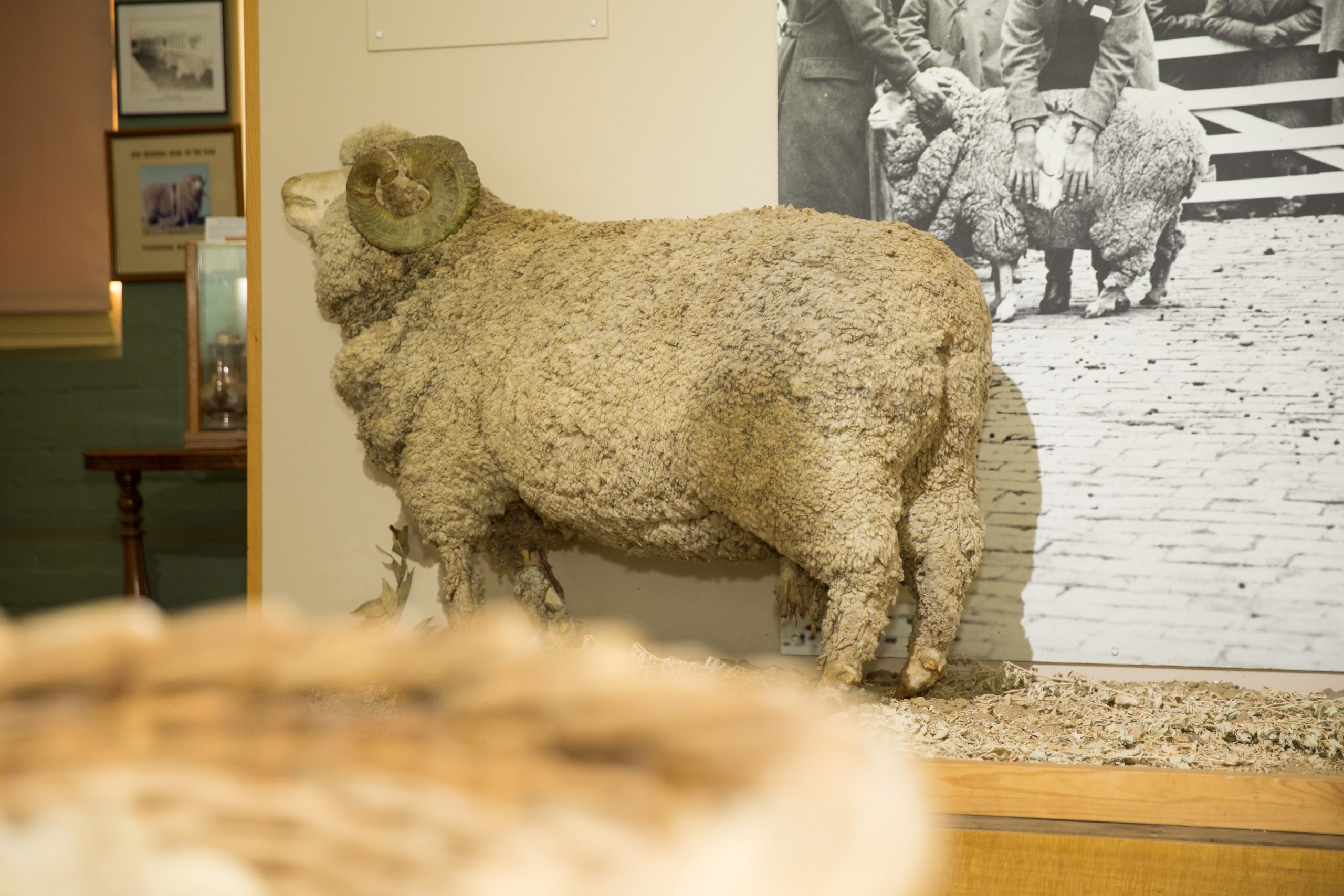 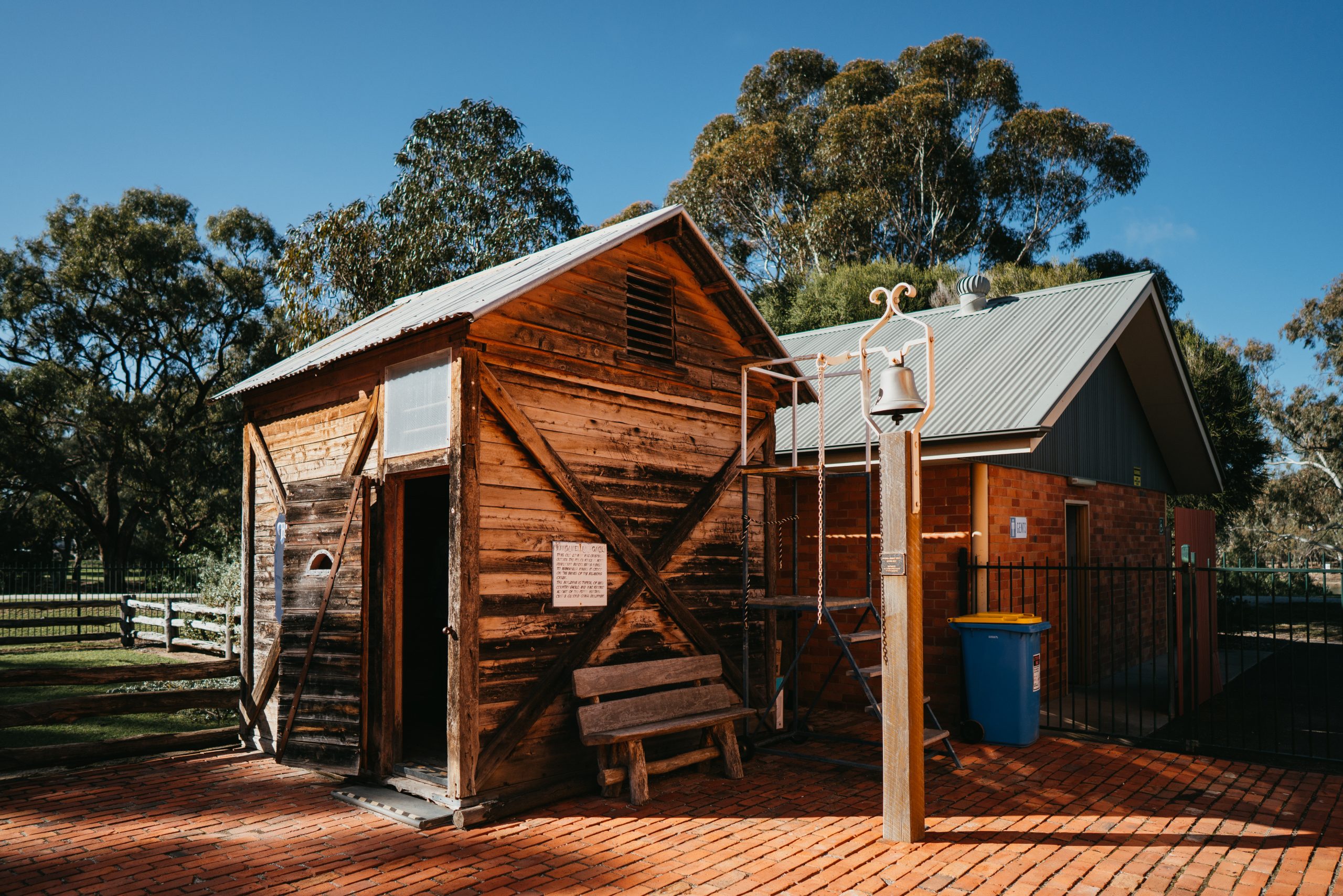 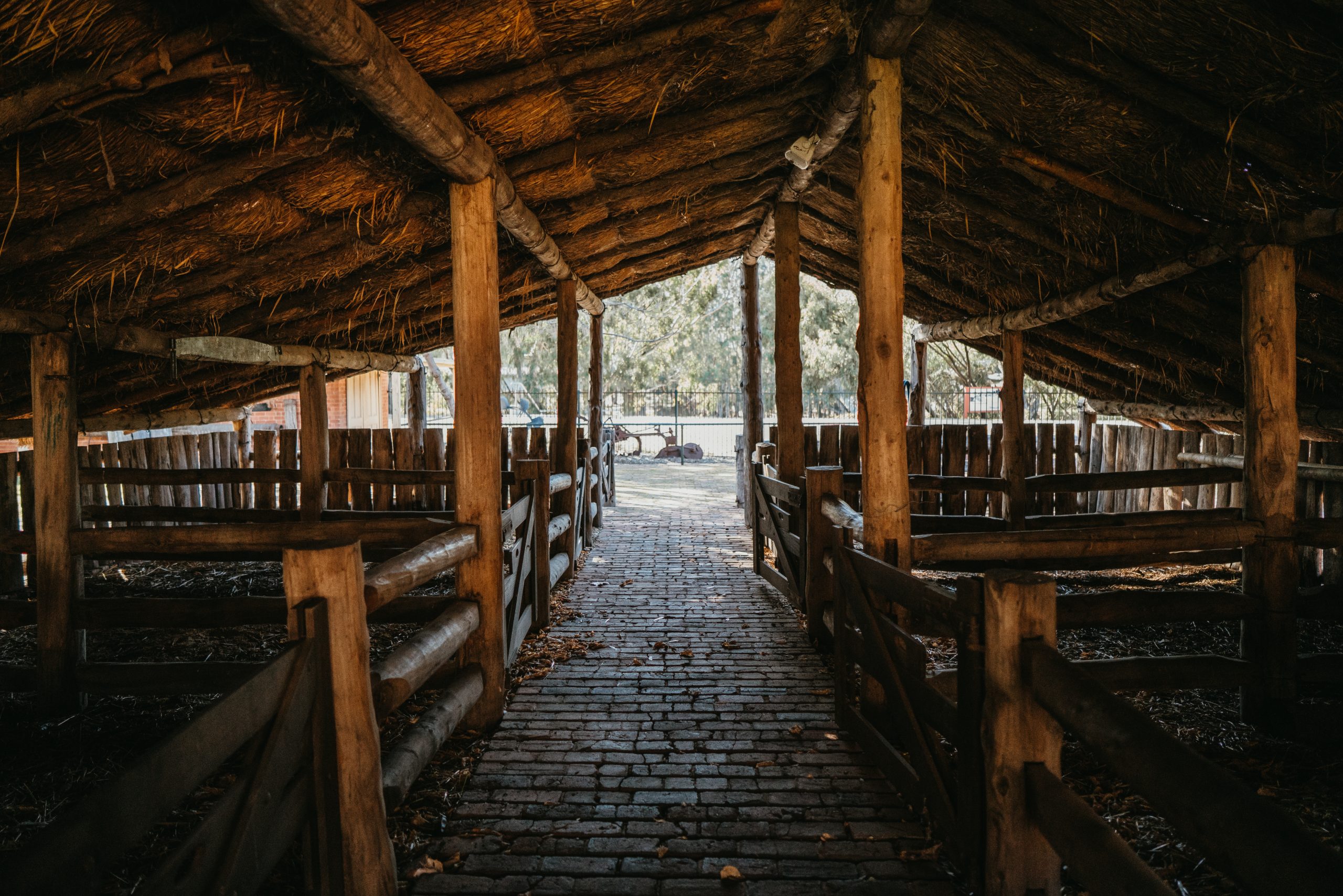 The Peppin Heritage Centre became a Bicentennial Project and was officially opened on the 19th April 1988. The focus was on the Peppin Stud Breeding, Peppin family, and the sheep industry. The Warriston Ram Shed and yards were constructed, and the original Deniliquin Gaol was moved in from ‘Willow Grove’ Booroorban where it was being used as a workers washroom. The original classroom was kept complete with desks and blackboard etc.

In 1993 the ablution block was restored as an exhibition space, and currently houses the No. 7 Service Flying Training School (7SFTS) exhibition, which operated in Deniliquin from July 28th 1941 to provide intermediate and advanced flying training for pilots. The Visitor Information Centre was incorporated into the centre in 1995, and in 1997 saw major renovations with the Crossing Café being built and an exhibition gallery being established. ‘Settling the Edward’ which showcases the history of 14 properties along the Edward River opened in 2000.

Today the Peppin Heritage Centre hosts events, performances and concerts, and numerous exhibitions both travelling and local. The Bald Archy Prize has been one of our most popular travelling exhibitions to date, alongside our regular fashion exhibitions.

The Visitor Information Centre has a retail store with local produce, and also stocks much loved souvenirs. We are able to offer FREE bike hire for visitors to our region, who can then take on our recently launched bike trail in the Murray Valley Regional Park or the Beach to Beach bike path.

All of this is enthusiastically run by staff and 12 volunteers.