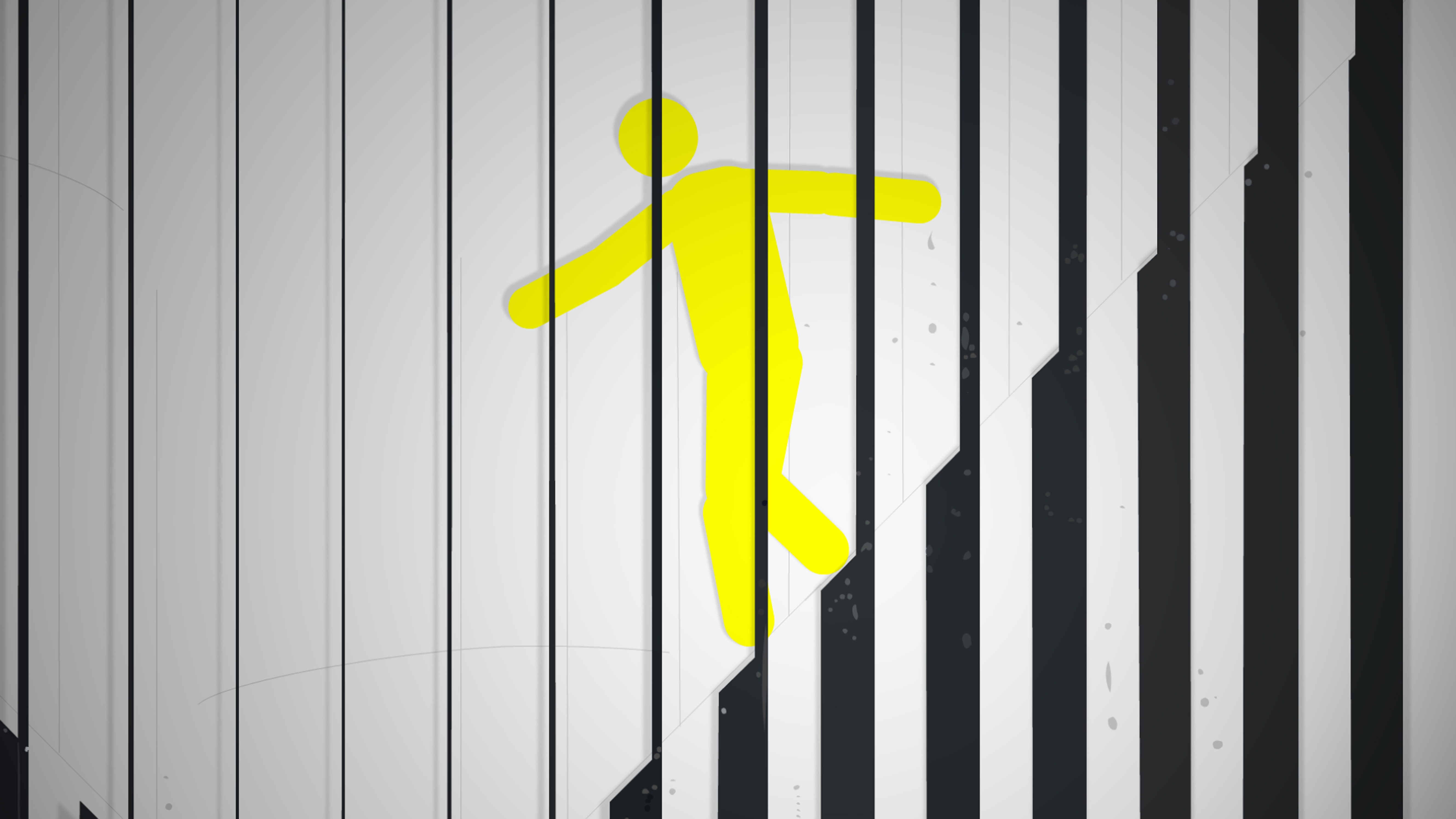 Working across video, sculpture and drawing, Arlo Mountford’s practice questions our individual and collective memories of the artistic canon. His works form a dense trove of art historical references that playfully probe the terms in which we engage with art and the way meaning can be twisted, all through a contemporary lens.

Amusing, strange and laden with references, his animated films are hand drawn with a mouse directly in to a computer. He reimagines both real and created spaces from the art world, digitally reconstructing the interiors of iconic museums or retracing the brushstrokes of European masterpieces well known and loved for centuries. This process allows him to experience art with fresh eyes and unpack its ongoing meaning and relevance in contemporary society.

Mountford uses a reductively simple figure to represent human beings in his work, a graphic often used to identify bathrooms or elevators on way finding signage. In works such as The Triumph (2010) Mountford introduces this familiar and generic human figure into the animated space of Brueghel’s The Triumph of Death (1562) along with Duchamp, Jake and Dinos Chapman, Yves Klein and Patti Smith, all of whom re-enact moments in their dazzling careers before being slaughtered just like everybody else. Mountford’s comic and haphazard interactions often end in disaster, leaving art, its hierarchical value systems, discourse and relevance open for debate.

Selected video works will trace a gradual distillation of his ideas. His recent work 100 years (2016), an animated chronology of appropriated artworks charting the evolution of abstraction since the ‘zero point’ of Malevich’s Black Square in 1915, will provide a fitting end point to the exhibition. The show promises to offer an amusing and thought provoking journey through the annals of art history.

“Wow, I left feeling mesmerised and super inspired for my own art creations and poetry”

“Spectacular works, ideas and creations. So great to experience more contemporary artworks. Out of the box experience. Loved it!!”

Born in the United Kingdom in 1978, Mountford arrived in Australia in 1983 and currently resides in Melbourne. He has a Bachelor of Fine Art (Sculpture) from Victorian College of the Arts and a Diploma of Fine Art (Design and Multimedia) from Western Australian College of Art.

He has been represented in exhibitions at the National Gallery of Victoria, Museum of Contemporary Art Australia and Heide Museum of Modern Art and exhibited at galleries across Australia including Gertrude Contemporary, Sutton Gallery, Western Plains Cultural Centre and Centre for Contemporary Photography.

In 2015 he completed a major commission at the Australian War Memorial, Canberra, animating two backdrops for the First World War galleries. The dioramas encapsulate Mountford’s enduring process and practice, with the artist spending no less than eighteen months studying every image in the Memorial’s archives of his two intended locations; Mont St Quentin and Sinai Desert. The resulting animations are an extraordinary eight hours long, offering the Memorial a work that runs for the length of their opening hours.

Art Guide Australia Podcast: Arlo Mountford and being out of time – by Tiarney Miekus

This project has been assisted by the Australian Government through the Australia Council for the Arts, its arts funding and advisory body.