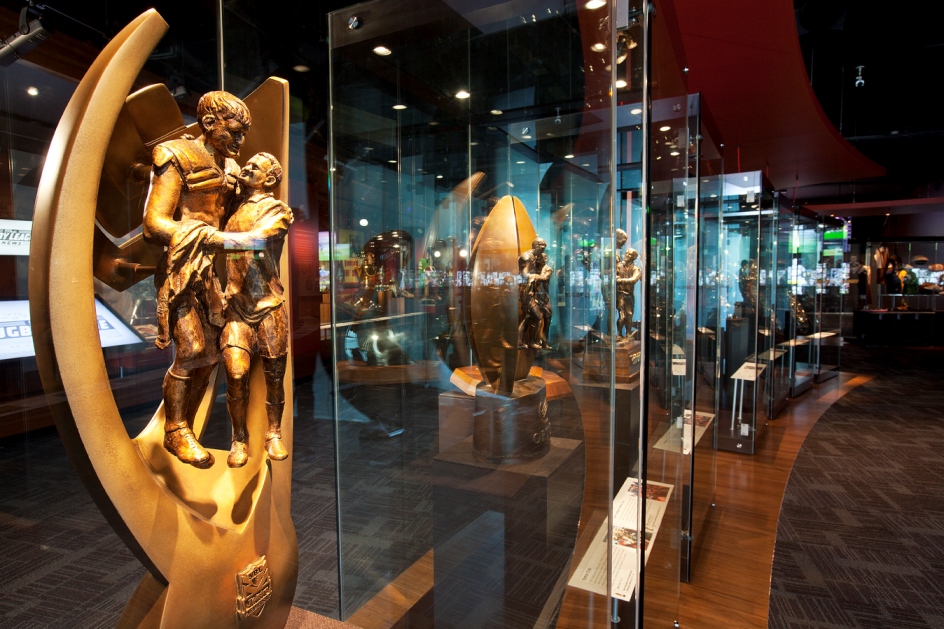 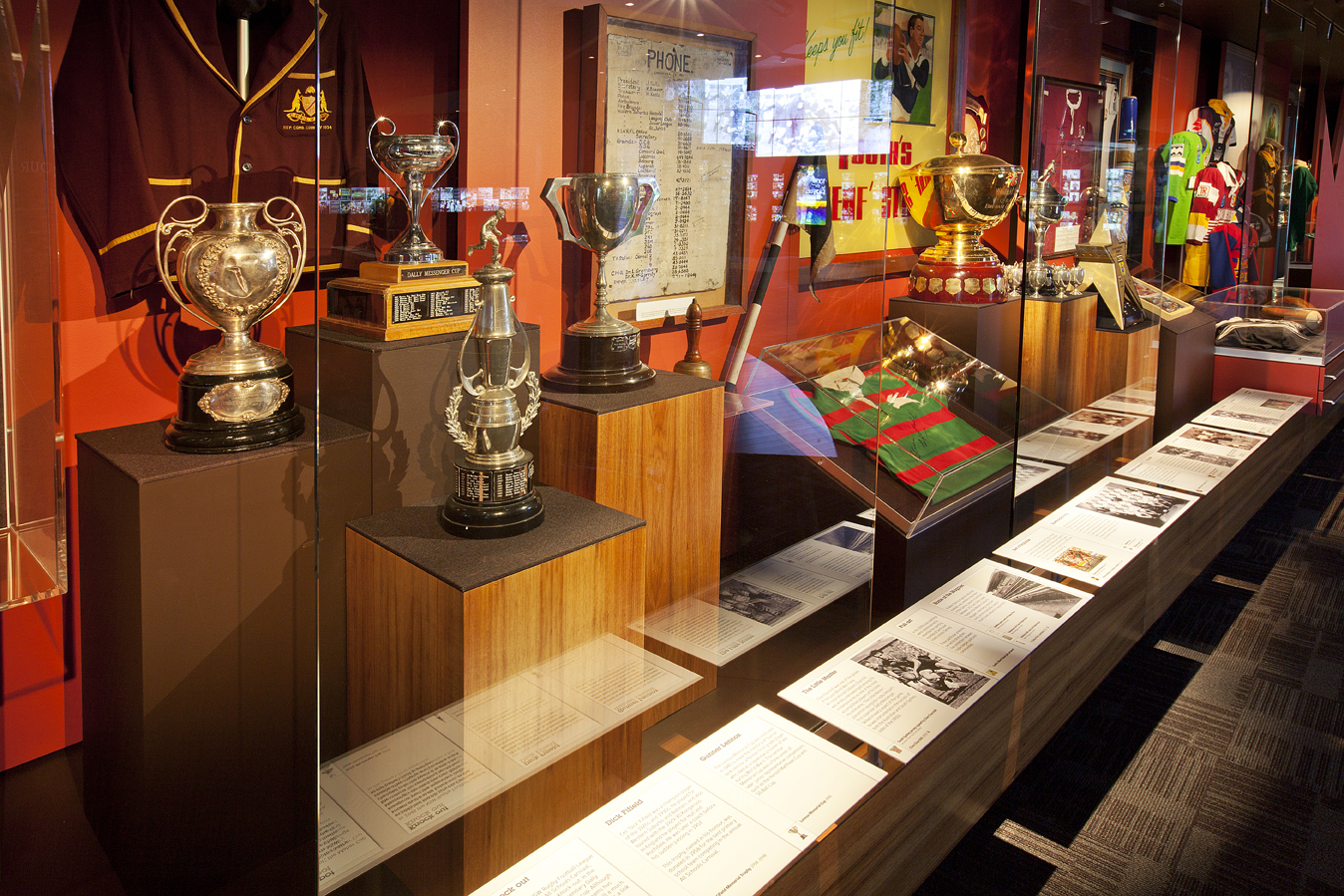 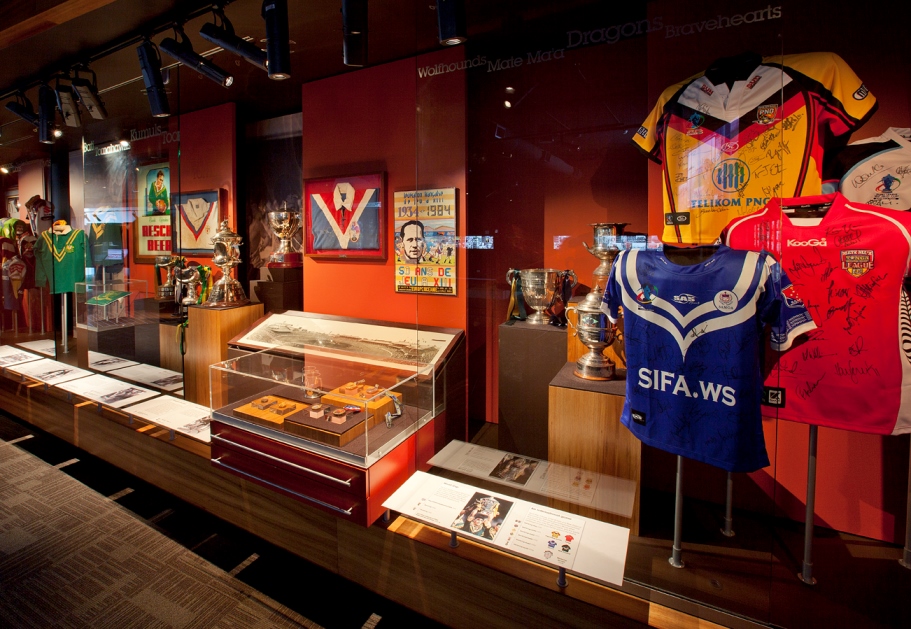 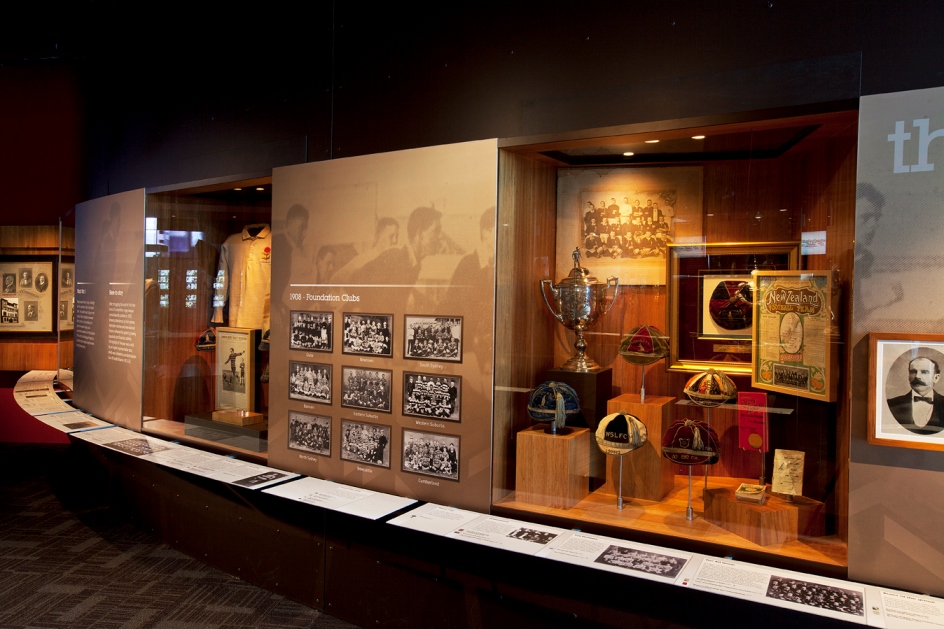 Exhibition highlights include a cap worn by Dally Messenger, the game’s first Premiership trophy, and tributes to the games pioneers, greatest players and passionate supporters.

The collection includes every major trophy, including the Courtney Goodwill and the Winfield Cup as well as original jerseys worn by the late Clive Churchill and Arthur Beetson, boots of past and present heroes such as Norm Provan and NSW Origin captain Paul Gallen.

A must-see for all fans and great for kids.